A few months ago I noticed a heavy Instagram post. My friends in Veruca Salt blasted an image of a billboard with the words “TRUMP IS OVER IF YOU WANT IT” across their feed, an obvious homage to the classic “WAR IS OVER” Times Square Vietnam-era snark by John and Yoko.

So, I did what any rational human would do: I hit the heart button. And before I could reach the next post, their comment feed blew up my screen.

“It’s Christmas time and you manage to post something hateful. Cheer up ladies, be merry!”

“Stupid, uneducated, washed up musicians feel the need to boast about their political views on an Instagram account dedicated to the band. Makes zero sense. 1/2 of the country, if not more, support the president they voted for. Why would any band alienate 1/2 of their fan base? Morons.”

And so on and so forth. The comment bottom feeders were trolling hard.

I decided to chase one down. A troll is a troll, and this person was certainly a troll. I jumped in and wrote, “if I was judging comments on a talent show, I’d give you a huge (thumbs down emoji).

It was weak, but the best I could come up with on the spot. When the hell did Veruca Salt wash up? Every show I played with them was sold out.

A few hours later I checked my phone. This troll was on fire, a slew of retorts, hitting people left and right, quick jab, big hook, including me.

I thought about replying for almost an hour. I wasted a few laughs and the beginning of a movie coming up with something snarky, but it all felt pointless. This whole Trump thing was killing my buzz.

Last month I returned from a European tour. It was just what anyone would expect—mesmerizing, grueling, eye opening, exhausting. We flew across the big pond with one thing in mind: tear down the American system. It’d been nine months since Trump took office. In his first few weeks we wrote what we deemed an “anti-Trump” record, filled with metaphor-riddled slants on the POTUS, clever hiccups of wit, visceral digs on what we believed him to represent. It might’ve been the most bold and selfish thing I’d ever done. I’m a songwriter, not a political pundit.

When the press releases for the tour rolled out, the response was mostly crickets. That was my first moment of, “Wait, what?” Then, the crowds were fifty-fifty. Europe’s reaction to Trump was far different than ours, and for good reason. Try going over to Serbia and telling some poor kid that he’s got it all wrong about Clinton. See how far that goes before you’re bombarded with an entire Yugoslavian underground war scene, one that you barely knew anything about to begin with, and back up your fearless vote to the tide of, “But what about the bomb that landed in the square? It didn’t go off. It made a dent the size of Mars in the street and killed a girl along the way. She was walking home from school. The words ‘UN’ were on the side of it.”

“And Clinton is evil,” he said.

And then realize that that kid is your sound engineer.

So here I am, several months later, reliving my American rants through Veruca Salt’s Instagram feed. I felt bad for them. I knew what they were trying to do. They were standing up for something that seemed so obvious, but to others, that reason was an ongoing debate. It’s become a battle for something much greater than our music, our platforms, our brands. It’s a struggle to unearth the one thing we thought was so obvious: the truth. What is the truth?

In Berlin a kid yelled out, “No politics, man. Don’t start with that shit.”

I was well into an hour long set.

“Why can’t we say anything?” I asked, dripping in sweat. “What am I? A puppet? What would the Clash do?”

I waited. No response.

“They’d fucking say something.” I said.

To that, some cheered, some sighed. The kid flipped me off and went back to the bar. He paid twenty euro to see me sweat.

At that point, I couldn’t tell what my objective was. Was I there to entertain or start a revolution? And why did I feel the need to fly halfway across the world to do it?

Backstage in Berlin, I took off my clothes and stared out the window. The wall was just down the street. I remembered hearing stories from relatives as a kid, “The commies are going down!” But nothing can prepare you for seeing it in person. It’s not as tall as you’d think. It’s modest. It’s littered with graffiti. It’s a wall.

People were taking selfies in front it, smiling. And for some reason, it didn’t bother me. Their moment was different than mine.

In Bosnia, we met an ex-pat who owned a pub in Mostar. He’d fled Seattle years ago, served as an American evacuation medic in parts unknown, married a Bosnian woman and settled.

“You can’t even name one person in power over here, but we all know Trump. And we all know Clinton,” he said. It was late. The cobbled stone streets were making it hard to walk.

“And that’s the problem,” he said. “How can you have a point of view with no frame of reference? I know what kind of covert shit has been going on because I was the guy they’d drop in to deal with the fall out.”

It was well past three AM and sky was black as death. You could see hints of the Yugoslavian war in the distance, bombed out buildings next to brand new ones. I was tired. We walked along.

“You see, they’ve been going through this shit for thousands of years,” he said. “The Turks, The Serbs, The Greeks, Croats, Slovenians, Germans, whatever. Well, now it’s you.”

He was right, but for some reason we travelled halfway across the world to that find out. We were off the grid. There was no checking in. Instead, we were checking out.

Now, months later, I’m back in. The revolution is on and it’s taunting me through an iPhone screen. I’d been goaded into a existential fight with a villain that only exists on a comment thread.

I tried to explain this whole fiasco to my wife while driving through the mojave desert.

“The goddamn threads are ruining everything!”

“I just can’t,” she said, stopping me short. She sounded exhausted. “Can we just not?”

She was right. I looked out the window. The desert opened up its jaws like a kaleidoscope of pink and yellow swirls. It looked like the sunrise in Mostar, just after a baker found our guitar player sleeping on the tiny bridge in the middle of the old town.

He woke him up, “Are you with American rock band?”

To which our guitar player popped up, red-eyed and groggy, “Yes.”

“Do you know where you’re staying?”

He led him back to our hotel because somehow he knew everything about us.

So, is our revolution working? I don’t know. It’s, gulp, complicated. I can tell you one thing: it’s not going to be won or lost by going tick for tack on platforms like Twitter or Instagram. That’s as funny as thinking everyone’s going to agree with your point of view just because you have one.

“Let’s keep driving,” my wife said. Beyond the horizon the world was cutting loose. So, we did what anyone would do, we kept driving. 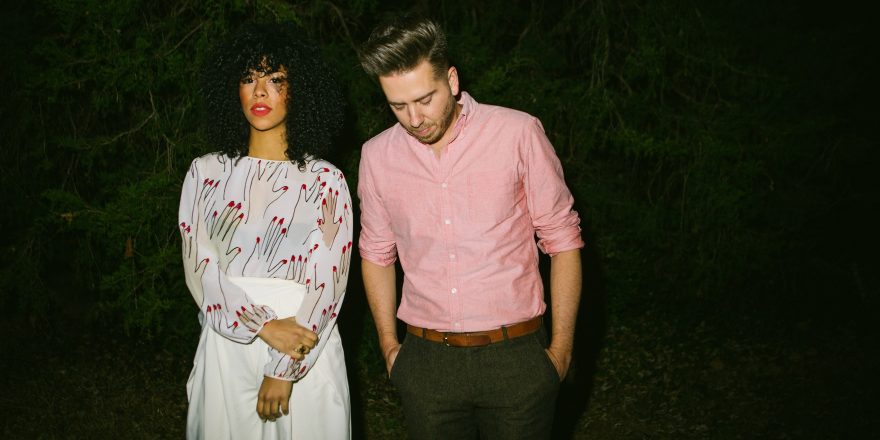