Eli Saslow is an author and a journalist for The Washington Post. He won the 2014 Pulitzer Prize for explanatory reporting and has been a finalist for the Pulitzer Prize in feature writing three times. He is the author of three books, including the bestselling Rising Out of Hatred, which was published in 2018 by Doubleday and won the Dayton International Peace Prize. Several of his projects have been optioned for television or film. He wrote the screenplay for Four Good Days (based on his 2016 article “How’s Amanda?”) and the film, starring Glenn Close and Mila Kunis, is out now in theaters through Vertical Entertainment. He lives in Portland, Oregon, with his wife and three children. (Photo by Joanna Ceciliani.)

Three Great Things is Talkhouse’s series in which artists tell us about three things they absolutely love. Eli Saslow is a Pulitzer Prize-winning journalist who recently turned screenwriter, adapting a 2016 feature he wrote for the Washington Post about a mother trying to help her heroin-addicted daughter get clean into Four Good Days, a moving drama starring Mila Kunis and Glenn Close. To mark the film’s theatrical release, Saslow shared some of the things that bring him the greatest joy in life. — N.D.

Qwirkle
Playing this shape-and-pattern game has become a fun family routine and a stabilizing touchstone for us during the pandemic. We have kids who are nine, seven and five and like everybody else for the last year-plus, we’ve been fairly confined to our own family routines. I’ve never been a game person before, but every night after dinner we play Qwirkle. It takes about 30 minutes and it’s a game that a five-year-old can understand and play competitively. But my wife and I can also go deep into the strategy of the game, like trying to prevent other people from scoring. In a time when sometimes we’ve felt a little bit unmoored, it’s been something at the end of the day that we all look forward to. And whoever gets the high score has it tattooed with a pen on their shoulder.

Because of my job as a journalist, I traveled pretty frequently before the pandemic and all of our lives were just busier – the kids were playing sports and sometimes had games or activities in the evenings. When COVID-19 hit, suddenly we were all home all the time. Once we got tired of watching American Idol, we decided to try playing this game but never imagined that it would end up being like such a big part of our lives. Early on, it would be five o’clock and the kids would ask, “Are we playing Qwirkle?” But then eventually people stopped asking, because it was just assumed that we were going to take out the game and play for a half-hour together. (For me, I sometimes also have a finger or two of whiskey on ice or an IPA with the game.) I never would have imagined before the pandemic that we would do something together every night, but somehow playing Qwirkle has become this thing that we always do.

Trail Therapy
I live in Portland, Oregon, and one of the gifts of being here is that access to trails is vast and immediate. The Oregon coast, which is really stunning, is only an hour or two away and Mount Hood is an hour in the other direction. I do a lot of trail running – I call it “trail therapy” – and it’s been particularly helpful during the pandemic.

My work this past year was often talking, as I was doing an oral history project about people’s experiences in the pandemic. During the day, I was on the phone with, say, a paramedic in New York as they were trying to revive 12 people over the course of a single shift, or talking to patients as they were in the ICU and likely on their way to being on a ventilator. I was frequently having very heavy conversations and being very sedentary. I love being a journalist and I get a lot out of it: Those conversations, as hard as they were, sustained me through the year, just by connecting with the humanity of people who are living through grief, and the courage and resilience in those calls. But I also need some balance, and a way to process those intense conversations. My way of doing that has always been by getting outside, going into the woods and spending an hour by myself without headphones on. And just running. Because when I’m running, all I can really think about is my own breathing and my footsteps and trying not to collapse.

I’m not an amazing runner, but I’ve run maybe a dozen marathons and I’m very consistent. I run 35 to 40 miles per week and on a typical run I’ll go six or seven miles at an eight-minute pace. Our nine-year-old has also gotten really into running recently, so we sometimes go running together now, which is a delight.

Gardening
During the pandemic, I’ve become really into gardening. We live in the city and have a pretty small backyard, but this year I built four raised beds. It makes me feel so old to even say this, but in a time when things have felt so foggy, seasonal rhythms and being able to mark time and see progress in a concrete way through gardening has been really rewarding. Right now, I’m looking out my bedroom window onto the four raised beds, and the radishes are ready and the lettuce is coming up and there are certain flowers that are in bloom. Nobody would come into our backyard and say, “Wow, this is such a nice backyard,” but the little joys of, for example, seeing tulips start to bloom has been grounding in a really nice, rewarding way.

With journalism, storytelling and screenwriting, most days I’m not quite sure how much progress I made: I was on my computer, I wrote 17 sentences that were bad, then I deleted them and tried to make them a little better. Progress on those kind of projects is pretty nebulous, whereas when I build a raised bed or plant something, I can see it. It exists. I can look at it and feel like it’s something I really did today. With a screenplay, I might work on it for a couple of years and not really know what stage I’m at with it. It involves so much uncertainty and you have to be so patient, so having gardening as an activity to counterbalance that is really nice.

Eli Saslow is an author and a journalist for The Washington Post. He won the 2014 Pulitzer Prize for explanatory reporting and has been a finalist for the Pulitzer Prize in feature writing three times. He is the author of three books, including the bestselling Rising Out of Hatred, which was published in 2018 by Doubleday and won the Dayton International Peace Prize. Several of his projects have been optioned for television or film. He wrote the screenplay for Four Good Days (based on his 2016 article “How’s Amanda?”) and the film, starring Glenn Close and Mila Kunis, is out now in theaters through Vertical Entertainment. He lives in Portland, Oregon, with his wife and three children. (Photo by Joanna Ceciliani.) 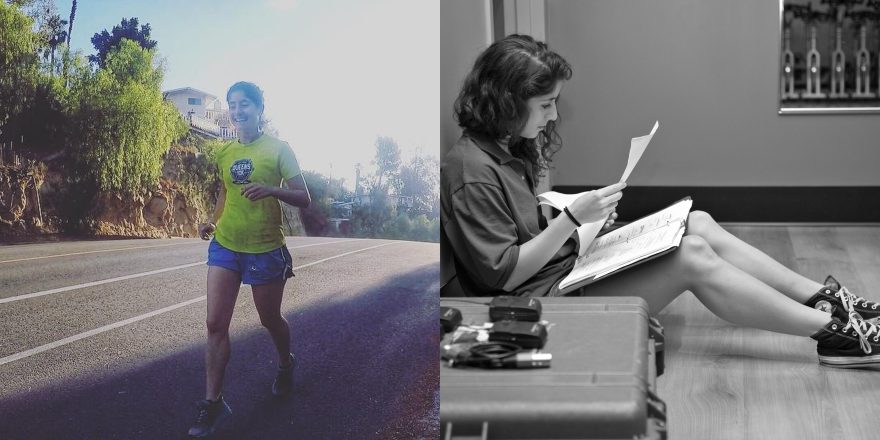 How Running Makes Me a Better Artist 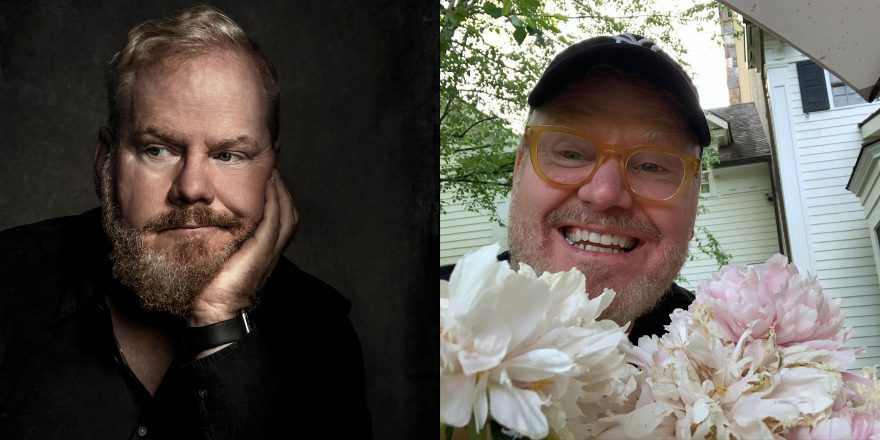 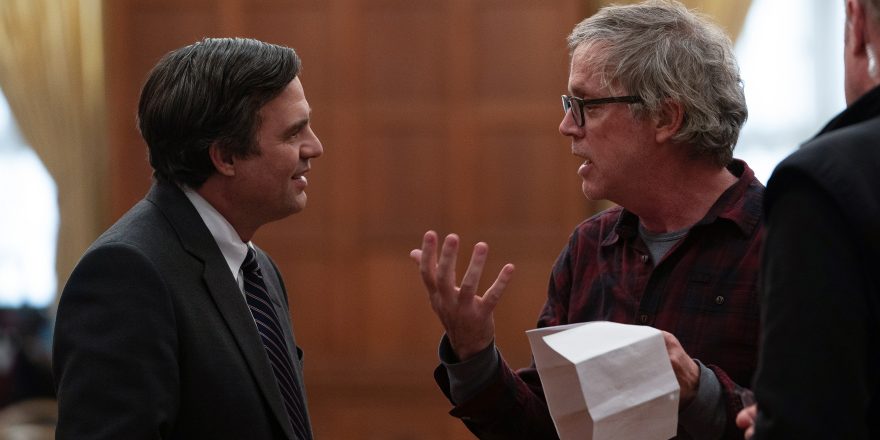 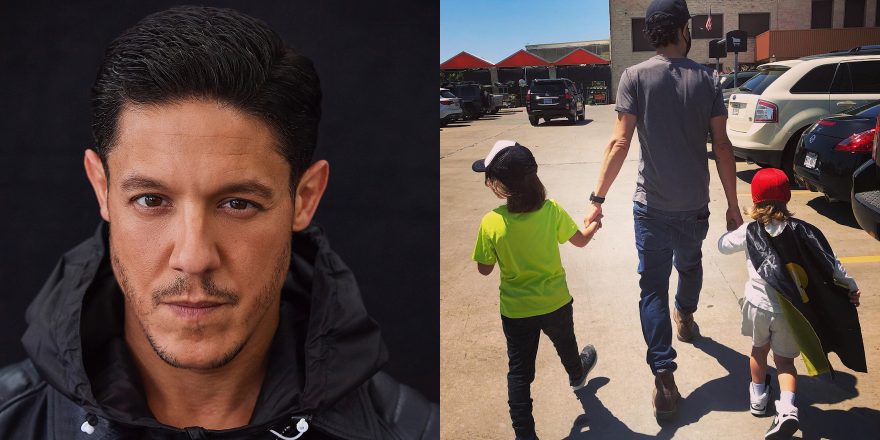