Todd Haynes is an acclaimed American independent film director and screenwriter. From his Sundance-winning debut Poison and its follow-up, the indie classic Safe, through to his most recent works – his HBO miniseries Mildred Pierce, the hugely acclaimed Carol, the period coming-of-age movie Wonderstruck – he has been one of the most distinctive and original voices in American cinema. Some of his most celebrated work, such as his 2002 film Far From Heaven, have centered on female characters, while music and musicians have also been a persistent focus, from his short film Superstar: The Karen Carpenter Story through the glam-era drama Velvet Goldmine and his unconventional Bob Dylan biopic I’m Not There. His latest film, Dark Waters, a real-life legal drama starring Mark Ruffalo and Anne Hathaway, is in theaters now through Focus Features.

Three Great Things is Talkhouse’s series in which artists tell us about three things they absolutely love. To mark the release of Dark Waters, his real-life legal drama starring Mark Ruffalo and Anne Hathaway about a corporate lawyer who sues Dupont for poisoning the residents of a small West Virginia town, writer-director Todd Haynes shared some of the things that make life special for him. — N.D.

The Devil Finds Work by James Baldwin
The Devil Finds Work by James Baldwin, a collection of essays on film, is a book I just picked up again. I started rereading it on the plane to New York but like most of his nonfiction it’s a book one can pick up and reread with renewed astonishment at any time in one’s life. Searingly personal and uncompromising, it strips down the presumptions of a popular medium whose industry is the production of white middle-class myths — yet also of emotions and conflicts that spill over, that contradict, that speak to unnamed desires, social inequity and violence.

I love reading Baldwin on classic cinema, and how he charts it along a movement in his youth through religion. The way that certain films helped him move from a devout position around morality into being someone who would inherit the role of critic — and the fiercest kind of critic – which became his orientation as a writer. There’s no way to not be compelled by how he views cinema from the very first movies that he saw, and by what it meant for him to watch a Bette Davis film, for instance, and to feel an unexpected kinship with her in their bug-eyes. A couple pages later, he writes that Sylvia Sidney was the only person who understood what it was like to be black. She, of course, wasn’t black, but he projected onto her, because of the way she moved, the kind of roles that she was playing. The same with Henry Fonda.

I don’t agree with all of Baldwin’s decrees on movies in The Devil Finds Work, but he has specific criteria about how films need to reflect a certain kind of truth. The industry of cinema and economic, capitalist, escapist and artistic interests – all of those intersect in the movies, and I like the contradiction that results. I think Baldwin brings a much more severe set of demands to what movies need to do and how they reflect his own experience. And that’s exactly as it should be. What’s amazing about movies is we all get to demand different things of them, and those things are often in contradiction.

A favorite quote of mine I believe is found or rephrased in the book: “The victim who is able to articulate the situation of the victim has ceased to be a victim: he or she has become a threat.”

An Encounter with a Turtle
I regularly need to escape, read, recoil and unwind. Kauai is usually my getaway spot, but recently I went to Turks and Caicos, because I was on the East Coast, had a few days off and could get there quickly. I went swimming near a beautiful coral reef and there I saw a turtle in the water. It was swimming around some very thick and healthy looking black seagrass, which it was moving with its arms and then eating. As it ate, it would look up at me with its mouth full of grass.

I had my goggles on and no snorkel gear, so I was regularly going up for air and then coming back down. I stayed for a long time watching this turtle, though, and he kept looking at me. At a certain point, the turtle swam my way and came up very close to me. It was headed toward the protected part of the reef, but I decided to follow it anyway. I didn’t follow too closely, in case it would feel like I was chasing it. But every time I slowed down, the turtle slowed down too. And when I stopped, it swam back around to me, like it was beckoning me to follow. It brought me into the protected part of the reef and was swimming really slowly with me, almost like it was giving me a tour. It was uncanny. I couldn’t really believe it was happening. 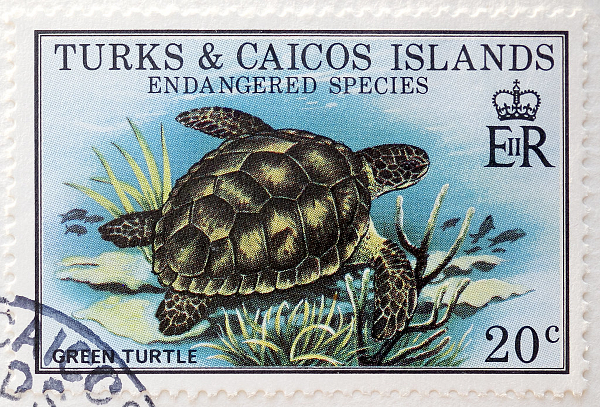 After a while, I heard a whistle blowing and somebody from the shore shouting, “Get the hell out of the protective part of the reef. What are you doing?” So I left.

The next day, I went back around the same time and again I saw a turtle. It was doing the same thing – eating the grass and looking up at me. It seemed like it was the same turtle and that it remembered me, because then the same exact thing happened. I waited, it swam up by me and it led me to the reef.

I talked to a local, who told me that turtles sometimes behave this way when other tourists aren’t around. But the guy I spoke to, who was born on the islands, said this had only happened to him once in his life, and it happened to me twice in two days. I felt connected to the turtle and I want to believe that something happened that linked us, that he felt safe with me just like I felt safe with him. I’m not prone to spiritual practices or orthodoxies of any kind, but there’s something in me that yearns for connection to a world that I don’t know. The richest, best kind of experiences are the ones that collide with your life when you’re not prepared for them, and completely put the world in relief.

Max Ophüls’ Trilogy
Kubrick was a great admirer of Max Ophüls and said his camera could float through walls. Ophüls is best known for the French language movies he directed – La Ronde, Le Plaisir, The Earrings of Madame De… and Lola Montès – but he also made three movies in Hollywood. The Reckless Moment is probably my favorite of those three (I was first exposed to it in college by an influential professor, feminist film theorist Mary Ann Doane), but the other two – Caught and Letter From an Unknown Woman – are also extraordinary films.

I just rewatched Caught, with Barbara Bel Geddes, James Mason and Robert Ryan; it’s hard to get hold of, but I finally got a good DVD copy of it. It is just the most exquisitely constructed film. Like Rebecca, it’s about a young, innocent girl who stumbles into the life of a rich man but after she marries him, corruption and alienation ensue. Barbara Bel Geddes is such a fantastically natural and watchable actress, but she was not a Hollywood product and was rarely the lead actor in any films. Joan Fontaine stars in Letter From an Unknown Woman, and Joan Bennett is just astonishing in The Reckless Moment. They are three extremely special films that comprise a trilogy of sorts that Ophüls made within a year and a half, in 1948 and 1949.

There’s a series of direct references to The Reckless Moment interwoven into Far From Heaven, but people were more focused on the parallels to Douglas Sirk’s All That Heaven Allows, because of the visual style of the movie. (The films in Ophüls’ Hollywood trilogy are all black-and-white.) Sirk and Ophüls shared a progressive Marxist orientation; Sirk worked with Brecht and Ophüls was in the same circles. Joan Bennett was interested in that progressive sensibility, directors who were telling darker, more complicated stories that weren’t affirmative depictions of women and domestic life. There is something ulterior going on in Ophüls’ work from this period that I find incredibly compelling. The films are so succinctly and eloquently visualized, the camera work so concise yet exquisite. I learn something every time.

Todd Haynes is an acclaimed American independent film director and screenwriter. From his Sundance-winning debut Poison and its follow-up, the indie classic Safe, through to his most recent works – his HBO miniseries Mildred Pierce, the hugely acclaimed Carol, the period coming-of-age movie Wonderstruck – he has been one of the most distinctive and original voices in American cinema. Some of his most celebrated work, such as his 2002 film Far From Heaven, have centered on female characters, while music and musicians have also been a persistent focus, from his short film Superstar: The Karen Carpenter Story through the glam-era drama Velvet Goldmine and his unconventional Bob Dylan biopic I’m Not There. His latest film, Dark Waters, a real-life legal drama starring Mark Ruffalo and Anne Hathaway, is in theaters now through Focus Features.

Dark Waters
James Baldwin
Max Ophüls
Three Great Things
Todd Haynes
For the Fun of It: A Conversation with Kate Bornstein and Eli Oberman
The Day Steve Bannon Stabbed Me in the Back 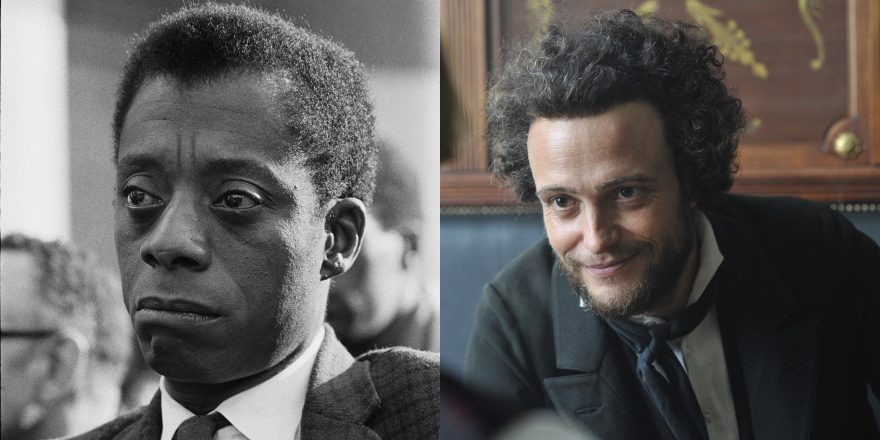 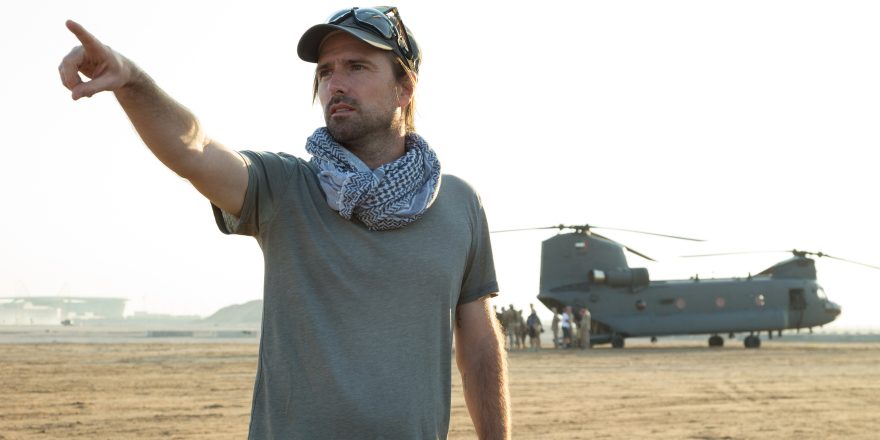