A smoky voice bouncing on wet cotton candy clouds. Roberto knows how to do the magic slow down dance. This is How You Smile is the sixth full-length album by Helado Negro. Miami-born, New York-based artist Roberto Carlos Lange arrives with his signature calm, but somehow also sounds more rooted and vulnerable than ever — a difficult balance to achieve in any scenario. That’s just the intimacy of his aesthetic; you feel like there is space for you in his songs. You can take them with you, they can take you with them.

Roberto’s lyrics often feel like whispered stream of consciousness revelations. It’s this contemplative, reflective nature in Roberto’s music that invites the listener into an almost meditative state. It’s his unraveling of melody in an unexpected time, familiar enough to feel you know exactly what’s going on but so elegantly nuanced that when you zoom in time isn’t where you thought it was. This steady contrast of unfamiliar and familiar completely disarms you, forces you to put down the baggage you brought to the party and just be where you are, right now.

Roberto’s approach to this album feels new texturally in that there are more parts played by musical guests on this album than in much of his previous work. However it is very much a continuation of his work in that Roberto is the wizard behind the curtain, writing, recording, and mixing it all himself. No small task in and of itself on a technical level, but even more so as an artist with a thick catalogue of varied music which includes beats, songs, sound sculptures, chamber arrangements. He is equal parts artist, rock star, producer, performance artist, and icon for generations of Young Latinx & Proud. He’s your best friend, but he also seems like he’s on another spiritual level, always onto a new epiphany. When your art universe is this expansive, how do you spend so much time alone making a record and make it sound so cohesive, inviting, and, at face value, singularly clear in its message? An album that is as clear and goes down as smooth as a crisp glass of water, no ice. Xenia’s mind = blown.

The album starts off with an aura activating synth note beaming out warm colors all over you — ocean, blue, orange, brown just glows. “Please Won’t Please” is a single that in many ways starts off where his 2016 album Private Energy left off with its smash “Young Latin and Proud.” Roberto has a special way of making bold personal statements in a really calm way: He’s never screaming about anything, he’s sharing so calmly and quietly that if you blink, you may miss it.

We’ll light
Ourselves on fire
Just to see

Who really
Wants to believe
That it’s just me

Yeah, that’s right: Our man is really out here whisper-singing to us about self-immolation and the lengths we go to for things we believe in, like even just having the space to exist as we are in this world, to be free.

“Imaging What to Do” feels almost like a lullaby with a soothing palette of strings and mellow steel pans (viola and violin played by Oliver Hill of Pavo Pavo, and steel pan played by Andy Stack multi-instrumentalist of Wye Oak and EL VY). There is a longing and a wistfulness in the lyrics about waiting under the covers with your lover for winter to disappear and feeling like melting into summer, wondering if it’ll ever arrive.

In “Echo for Camperdown Curio,” you hear echoes in the tunnel mashed up with marimba, vibraphone, and a field recording of a couple kissing in a park to your right and a cyclist to your left. It’s after midnight and just after you watch your bus drive by, you arrive at the first Spanish language track on the record, “Fantasma Vaga” (Vague Phantom), featuring vocals by Ela Minus and a pillowy synth arrangement by Nick Sanborn of Sylvan Esso. “Manipulating your voice, changing myself each time like that, fears of August I suppose produces little. Modulations in your smile, displacement that I can’t imitate, shapes in the bottom, the spectral echo. And you change everything, vague phantom.”

“Pais Nublado” is as chill as they come but again, Roberto is truth telling — “Obsessed with my mouth you talk without taking a breath, slowly I tell you because we still have to wait a bit longer until we travel this cloudy country. I haven’t lost my mind thinking about you, I haven’t lost my breath shouting all the things we’re about to do and we’ll take our turn and we’ll take our time knowing that we’ll be here long after you.” OK, this could literally be about anything but my mind can’t help recalling the orange monster poop bag who is currently our president. (To which you may answer, “#notmypresident, MY president is Billy Porter wearing the tuxedo-gown at the Oscars,” and in that case, who am I to disagree?) But seriously, Helado Negro is out here dropping truth bombs and strategy about how to survive out here in these streets because it IS a challenge, but he is also saying, “We BEEN out here, and we gon’ BE out here way longer than your ass, okurrr!?!”

I feel that through writing this piece, I’m slowly becoming Helado Negro’s anger translator (see: Obama’s 2015 Correspondents’ Dinner speech) — is that what’s happening here? If so, I’m OK with that position. The thing is, he doesn’t even need an anger translator, because the man’s not angry. Or if he is, he is SO in tune with himself and spiritually elevated that he doesn’t have time to even lose a breath or lose his mind thinking ‘bout crazy pants president, because he’s feeling stronger and in love and knows that we will travel this cloudy country together just as we always have. I love that! Sign me up for this road trip, I’m in! Adron provides dewy vocals on this track, which begins in Spanish and seamlessly flows into English on verse two, because he’s BEEN doing this for years and it ain’t no thing. It’s 2019 people get with the program, catchup; we’re bilingual, we sing songs, you may know what the words mean, you may not, but you can feel it because he’s a real one.

“Running” is a bop I’ve listened to it three times in a row without tiring. It feels like a signature Helado Negro song. And I’m calling it right now, “Seen My Aura” is the summer jam of 2019. Drummer Jason Tramell hits the ball out of the park all over this record — it’s just downright tasty and elegant drumming.

The sweet chamber pop feel of “Sabana de Luz” gives way to another portal in “November 7,” which features gorgeous undulating synths and Sufjan Stevens piano samples. Album stunner “Todo Lo Que Me Falta” feels like a romantic old school bolero (aka, slow jam pero con swing) and it’s also the song I want them to play at the end of the school dance. I want my favorite person to ask me to dance and I want to shuffle awkwardly with them to this song. “Two Lucky” is an encore of sorts. It’s the song you hear when the lights come on: “So who are we to explain this mystery?” Perhaps it’s his most vulnerable moment on the record. “Take care of people today, hold their hand.”

We can’t explain the many ways people are. There’s not an answer for everything, but we have to show up every day. We are all here together. I’m so grateful for Helado Negro’s expression that reminds me you can stretch and bend time, you can say a lot with a little, you can be gentle in your truth telling, and that there is great power in vulnerability. 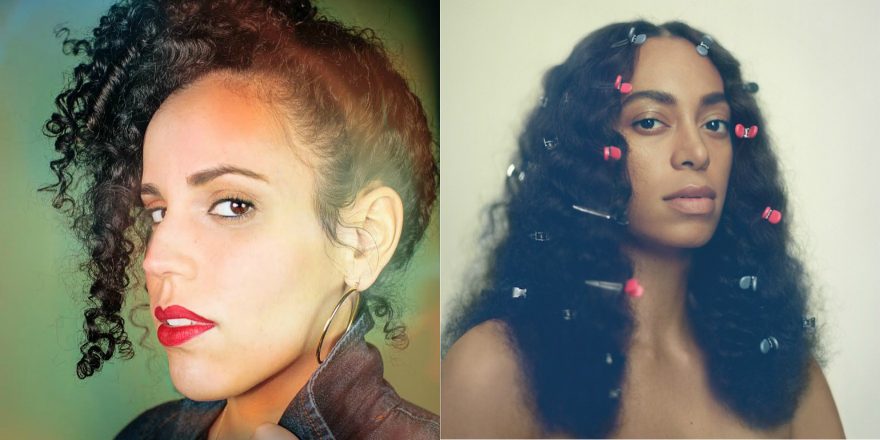 Solange’s A Seat at the Table Feels Like Magic 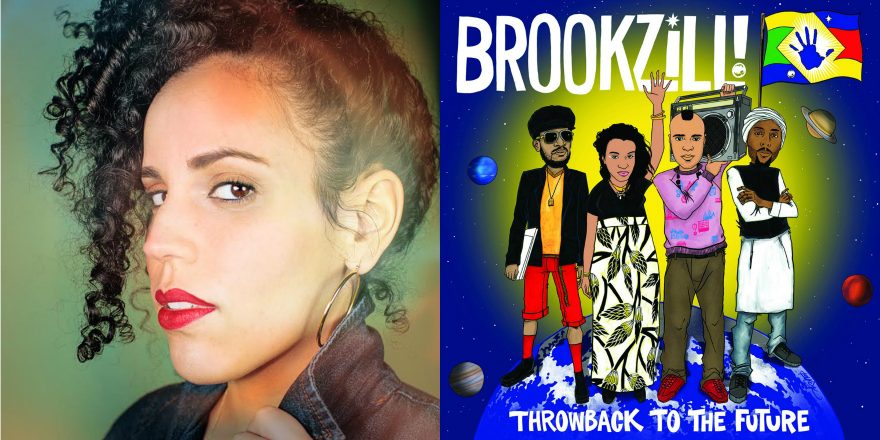 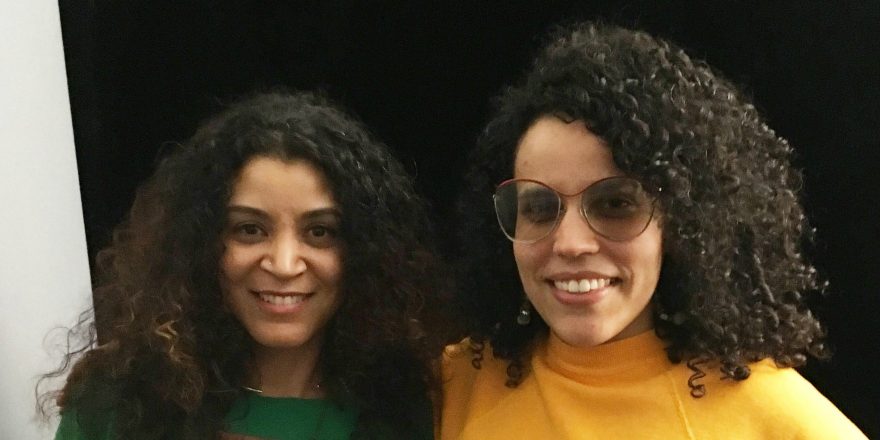