Singer/Songwriter Mark Kozelek has released albums as Red House Painters, Sun Kil Moon, and under his own name, as well as collaborations with Justin Broadrick (Godflesh) and drummer Jim White (Dirty Three). His latest, I Also Want To Die In New Orleans comes out digitally March 1 and on CD April 12 on Caldo Verde Records.

Josh Boone: Having been raised by well-meaning but deranged Baptists, I’d love to know how you first came across Jimmy Swaggart’s gospel albums and if you were raised in a religious environment?

Mark Kozelek: I was raised Catholic but quit going to church before one of those things, whatever they’re called, maybe First Communion. I think I was 13. I sat down with a priest and explained to him that I didn’t believe in God and didn’t want religion in my life. He was understanding and explained this to my parents and they OKed me not attending church anymore. I think my whole family quit going to church at that point. My dad made us go up until that time as he was gone a lot and was trying to instill some kind of stability in our family but I don’t think he liked church either.  On Jimmy Swaggart, I’ve never owned one of his albums. I flip around the TV channels sometimes and when I find him singing, I’m put in a spell. As a singer, I think he’s as good as Elvis if not better. I love watching pretty much anyone perform, but he’s the best I find on TV. I love the repetitive, beautiful choruses that go on for 30 minutes and he’s got charisma for days.

Josh: If you could sign three common-sense gun laws into effect today, what would they be? Also, have you read Stephen King’s incredible essay “Guns”?

Mark: I like Stephen King but no I never read any of his essays. I’ve not read any essays on anything to my recollection except for Henry Miller. Two great collections of his essays and articles are Stand Still Like The Hummingbird and The Wisdom of The Heart. To me, there wouldn’t be three common sense guns laws. There would be a ban on all guns enforced: Police enter every home in America and remove all guns. Then the police hand over their guns. Then all guns would be put on some Island and destroyed and taxpayer money would build a wall around the Island and a roof over top the top of it. For game animals, back to bows and arrows.

Josh: What were you doing 25 years ago?

Mark: That would be 1994. So, moving into this Nob Hill apartment with my then girlfriend Katy. We lived just around the corner in a small studio and she came home one day full of excitement telling me that she found a bigger apartment that I would love. She was right. I must love it because I’m still here, listening to the windows shake on this windy night in San Francisco.

Josh: Someone once told me we should only eat what we ourselves would be willing to kill. I’ve been unable to escape the contradiction. I eat cow, but could never kill a cow. I try to eat turkey burgers instead of hamburgers, but have been unable to give up steak. Cows are considered sacred in many world religions and in my heart I believe it’s wrong to kill living things, yet here we are. You elaborate on your favorite foods often. Where do you stand on these matters?

Mark: This is tough. We were discussing this in the studio recently. Three of us agreed that eating animals is wrong but that our bodies won’t let us not eat meat. My band members weren’t part of the discussion. It was my 33 year old engineer from Buffalo, and a friend who is almost 50 who was visiting San Francisco from New Mexico, and me. I was vegetarian from maybe 1992 to 1995 and I got colds and flus all of the time. I think cows are the most beautiful animals in the world; they’re innocent and peaceful. I love them so much that they are on the cover of my album The Finally LP.  My boxing teacher told me that he only eats red meat once a month because of how long it stays in your body and how bad it is for you. He’s 60 and in good health so in addition to taking his advice on how to throw punches I try to get diet tips from him as well. I’ve not been keeping good track but I think I’m limiting red meat to once a month. This is going to be very hard when I leave for Ohio this Saturday and then to Buffalo to record. Seafood is my favorite; shellfish and crustaceans. Take that away from me and I’ll be hurting.

“I’m Not Laughing at You”

Josh: My favorite filmmaker is Oliver Stone. I think his run from Salvador to Nixon (which also includes Platoon, Wall Street, Talk Radio, Born on the Fourth of July, The Doors, JFK, Heaven & Earth, Natural Born Killers) painted a kaleidoscopic American history in my mind when I was young. His films instilled in me an interest in the history beneath the history we are taught in schools. He battled popular American myths by offering counter-myths. Never exactly true, but always emotionally true. Do you vibe to these films? What inspired your interest in the mythology of our country?

Mark: Some of them, yes. Wall Street, Platoon, and Born on the Fourth of July, especially. Recently someone asked me when I last I cried during a movie. I said “Wall Street. The bedside scene with Martin and Charlie Sheen.” Now if someone asked me, I’d say, “two nights ago, re-watching Harold and Maude.” I watched it for the first time in maybe 15 years. I got teary looking at Bud Cort’s expression when Ruth Gordon tells him she’s just taken a bunch of pills and will die by midnight. What inspires me about the mythology of this country? I don’t know what inspires me but I know what intrigues me. Where to begin? James Huberty, the guy who killed all of those people in a Southern California McDonalds in 1984—he’s from my hometown. That was back when mass shootings stayed in the news for more than 72 hours. Watching TV and seeing all of those people laying on the ground in Guyana after drinking poisoned Kool-Aid and knowing they flew there from Oakland, California under the spell of a cult leader. Watching the movie Deliverance. I spend my life traveling around other countries and nothing perplexes me or intrigues me more than this one. Most countries I play— most—are quaint and nice and you can walk around at 3:00 a.m. and not worry about anything, but I get homesick for this very dangerous country for some odd reason. Maybe my inspiration for staying here is because I’ve had some good fortune here in the USA. I dreamed of playing music—worked hard at it—and here I am at 52, talking to the guy who used one of my songs in his movie The Fault In Our Stars and also made another that I love, Stuck in Love, and you co-wrote All We Had. If you saw where I came from, you’d know that the odds of this conversation happening some day weren’t in my favor. By the way I loved the line from All We Had, where the daughter says of her mother, “She didn’t like to use maps. She just pulled over whenever the spirit hit her.” I’ve never been able to describe the writing process but that is a good analogy of how my writing happens. As for what we were taught in school, forget it. I’m reading a James Baldwin book right now called Nobody Knows My Name. He definitely describes an America that we definitely didn’t learn about in school.

Josh: There’s a powerful song on Perils from the Sea called “Gustavo.” It captured my imagination when the album came out, painting a vivid portrait of a migrant worker you knew for a brief time. It felt akin to a perfect short story, somewhere between regretful Larry McMurtry and the harsh realities of Cormac McCarthy. This seems to be a sequel of sorts. We live in a country our ancestors violently seized from its original inhabitants, where our Statue of Liberty proclaims: “Give me your tired, your poor, Your huddled masses yearning to breathe free, The wretched refuse of your teeming shore,” the demonization of these very people seems to be a real tragedy of recent times. I’m also doing fine, but how are you feeling about this little blue world?

Mark: It’s interesting that you bring this up because “Gustavo” gets requested all of the time. It was released in 2013 but it was back in 2011 when I was dealing with an illegal immigrant who got deported and was taken away from his wife and three kids. All of my friends, most of them very liberal, laughed and said, “That sucks. Better find a licensed contractor!” In a “Ha Ha, we do everything by the book” conformist, elitist, sort of way.

Then in the summer of 2018, these same people were suddenly concerned about illegals being separated from their kids. I got pissed off when I played NYC, last September, when a group of fans were requesting, in unison: “Gustavo” I said, “Do you know even what this song is about? It’s about a guy who was separated from his kids and deported back to Mexico—under OBAMA.” You could hear a pin drop. A girl in the front row said, very sincerely, “That’s sad.” I said “Yes, it is.” So my answer to your question about how I’m feeling about this blue world is not much different than I felt about it in 2013. News is spinning things like the world suddenly got all messed up in November of 2016 but I recall Dan White and his Twinkie defense like it was last year. And I recall the memories of the illegal immigrant from “Gustavo” being deported back in 2011 like it was yesterday. That was a firsthand experience, not something I saw on the news. Based on my life experience, a lot of so-called liberals are complaining about border issues but at the same time, in my opinion, most of them wouldn’t let an illegal immigrant into their home. They won’t let a repair man into their homes without Yelping the hell out of them and making sure they are up to code.

Josh: What is your favorite representation of cats in fiction? My personal picks would be Neil Gaiman’s A Dream of a Thousand Cats issue 18 of his masterwork Sandman series, Caitlin R. Kiernan’s The Cats of River Street and—of course—Bulgakov’s The Master and Margarita. Shades of Admiral Fell. Lovely guitar work.

Mark: Thanks, on Admiral Fell. This is a nice note to end on. Cats. My favorite book about cats is The Cat Who Wouldn’t Come Inside by Cynthia von Buhler.

This interview took place on February 25.

Singer/Songwriter Mark Kozelek has released albums as Red House Painters, Sun Kil Moon, and under his own name, as well as collaborations with Justin Broadrick (Godflesh) and drummer Jim White (Dirty Three). His latest, I Also Want To Die In New Orleans comes out digitally March 1 and on CD April 12 on Caldo Verde Records. 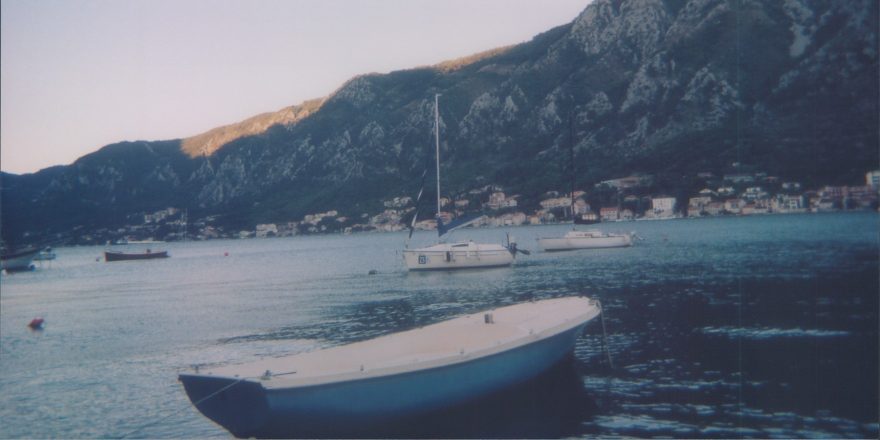 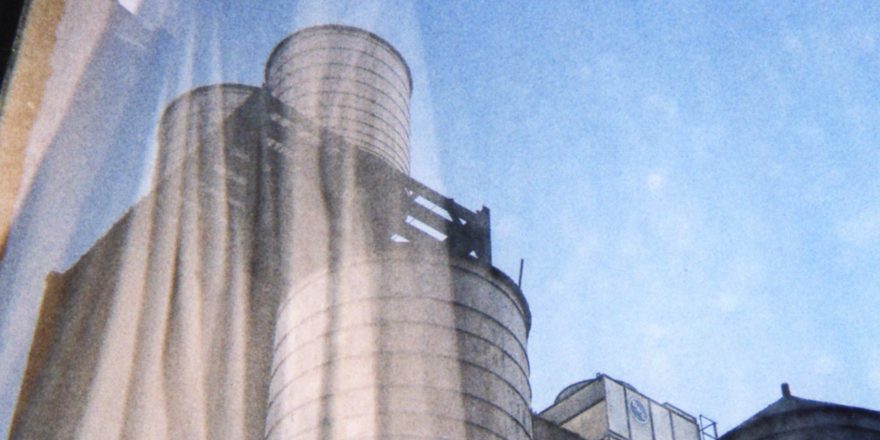