The first time I heard music by Bernard Herrmann, I thought it was going to kill me.

I was 17 years old when I saw the film Taxi Driver at the Film Forum in Manhattan. I had heard it was a dark film. A masterpiece. It was “Scorsese,” I was told, which meant little to me at the time since I hadn’t seen any of his films yet. So, before I even sat down, the myth had ballooned my expectations. I mean, how good could a film be if it was about a guy who drives a taxi? I figured it would be a little funny.

Taxi Driver is not a funny movie.

But it wasn’t the film that affected me most, although it was definitely the most disturbing film I had seen at that point in my life. What affected me most was the uncomfortable connection I made with the one major component no one had mentioned: the score. 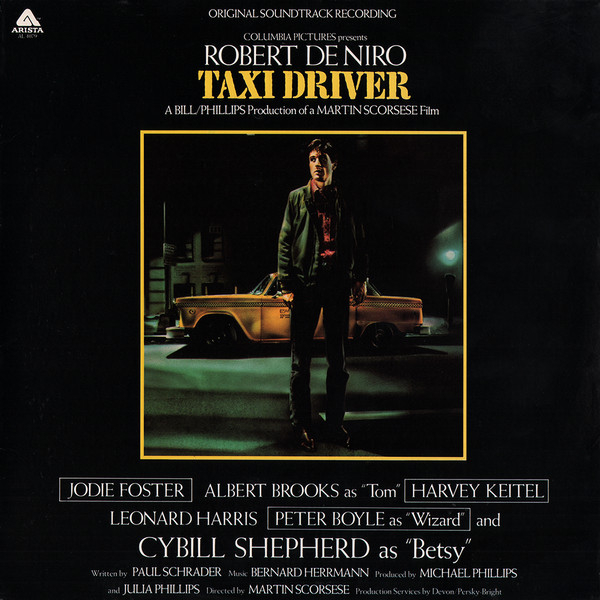 I grew up in Manhattan in the 1970s, a crime-ridden time in New York City’s history that is well-documented in films like The French Connection, Serpico and … Taxi Driver. The dark and dangerous elements that make so many of those films compelling was right there on the street providing an authentic backdrop for urban stories. You just had to roll the camera. All of this theatricality was normal to me because my father’s small business, a frame shop, was a couple blocks from Times Square. I hung out there often. This was my world. It was home.

But in April 1977, the petty crime and theatricality was heightened to real fear. A serial killer was on the loose. They called him the “Son of Sam,” because that was how he would sign the cryptic notes he sent to the newspapers. His were senseless crimes – shooting innocent women and couples, point blank with a .44, as they sat in their cars or walked down the street.

It was terrifying. But the threat was distant from me. Or so I thought.

I had gone to bed and could hear my parents’ muffled voices in the living room. They were whispering loudly, concerned and intense. I knew something was wrong. The TV should have been on. Music should have been playing. This unaccompanied, quiet conversation was suspicious. I got out of bed and tiptoed into the living room. I could tell my mother had been crying. My father’s face was tense. In my memory, all the windows in the room were open. It was a weirdly hot night for April. I pressed them to tell me what had happened. They told me someone had shot and killed one of my father’s employees. I knew him. He was a hardworking, quiet guy who was always nice to me. It was horrific. I imagined the killer scaling the outside of the building, like Spider-Man, to climb through one of the open windows to get me. I knew this was impossible. But my imagination wouldn’t let up. He could fly, he could walk through walls. He could kill me. The next day, the news was everywhere. He had been shot by the Son of Sam.

Sitting in the Film Forum 10 years later, waiting for Taxi Driver to start, I wasn’t thinking about the past. That period of my life was a distant memory. The killer, David Berkowitz, had been caught and New York City had moved on. It was much safer now and my fear of getting killed was subdued, although the presence of violence hadn’t really abated. However, when the lights dimmed and the film began, the dark harmony in the music reflected the exact way I had felt in the spring of ‘77. The dense brass was the air of that heavy April night. The muted trumpet was the sounds of the street coming in through the open windows. The low strings, the knot of dread in my stomach.

The sound of fear.

Get over it, I told myself. This was just a made-up story that screenwriter Paul Schrader had written, so the legend goes, in only two weeks. But why did it feel so real to me? And even more disturbing, why was I enjoying the discomfort?

My musical composition teacher, Russell Steinberg, gave me an answer to these questions many years later – albeit with another question. While he was analyzing one of my compositions, he stopped at one section. Something about it wasn’t right. Harmonically it was sound and the structure was proper, but the ending had a problem. In musical terminology, he was questioning the “cadence.” It was bugging him. He asked me, “Is it honest?” I didn’t know what he meant. I answered that I thought it was … ? I wasn’t trying to fool anyone. As we analyzed the writing further, I came to understand.

It is the truth of the entire composition that makes it work. It is the honesty of the composer that conveys that truth. Does every section of music honor what comes before and after it? How can you make every part of the music fit into the whole? How can you tell the truth? How can you be honest?

Martin Scorsese has said that the only composer he ever wanted for Taxi Driver was Bernard Herrmann. But he didn’t think that Herrmann would do it because he was a legend by that time for all of his work with Hitchcock. When Scorsese himself reached out to Bernard Herrmann and spoke to him on the phone, Herrmann was characteristically brusque and told him that he “wasn’t interested in writing music for a film about a taxi driver.” The thought of any film composer saying that to any director today seems laughable. But this was Bernard Herrmann, the composer who insisted that Hitchcock put music to the shower scene in Psycho. Hitchcock was adamant that the scene should have no music. Herrmann wrote the iconic string stabs we all love and Hitchcock gave in. I cannot imagine horror music existing without that score.

After Scorsese sent Herrmann the script, Herrmann was immediately on board and insisted that the score be dominated by brass, as opposed to strings. This is the first thing you hear when the film begins and the brass rises, as if out of hell, playing the minor major seventh chord that Herrmann is known for. The idea of adding solo saxophone to the score, played by Ronnie Lang, came after Herrmann saw the first edits of the film. Herrmann thought he was creating a new style. Most people hear noir when they hear it, which is partly true. For me, the sax conveys something smarmy that makes the character of Travis Bickle, a racist psychopath, and his surroundings all the more nauseating. The music engages in the problem of the film – telling a truthful story about a reprehensible human being. Watching the film again recently, I felt the same dark fear I felt the first time. This is not a score that gives you faith in humanity – but it is a score that redefines something for me: the power of music. In this case, it is the power of music to clearly express fear.

Herrmann’s legacy is everywhere in film scores today. The work of Hildur Guonadottir, Mica Levi and Johann Johannsson (who died in 2018), come to mind. I’m a fan of these composers because they are unique. Intentionally or not – they honor Herrmann in their harmonic choices and their courage to take chances. They push the envelope and ask the dark questions in the music.

The score for Taxi Driver didn’t kill me, obviously. It was painful, for sure. But I survived. I’m a better composer and musician for it. I’m still learning from the experience. I just have to remember that it’s imperative to ask the questions that force me outside my comfort zone, however dark and scary that may be. Because, let’s be honest, isn’t facing the darkest part of your art a perfect way to find the truth? 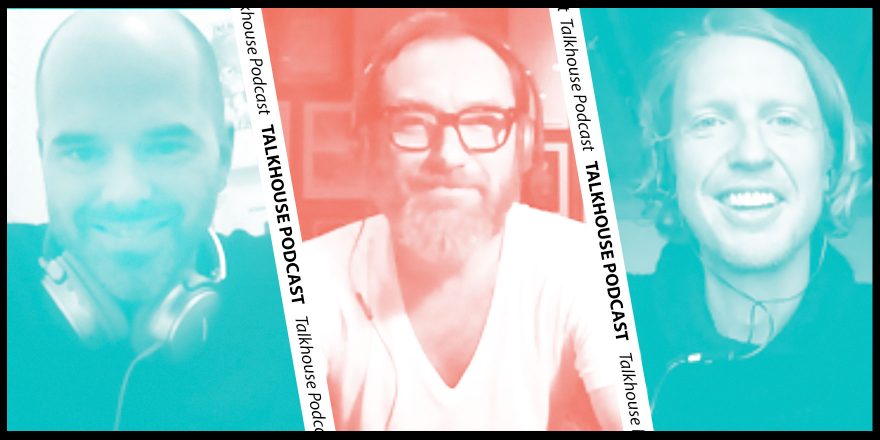