Maps (born James Chapman) is a Mercury Prize-nominated musician and producer who hails from Northampton, England. In 2019, he released his fourth studio album, the lush and soaring Colours. Reflect. Time. Loss. With this latest work, Maps stepped out from his home studio in the English countryside with the intention of making his new record a more collaborative endeavor. By recruiting the Belgian chamber ensemble Echo Collective — as well as a number of guest percussionists and vocalists — Colours. Reflect. Time. Loss. represents a creative reinvention for Maps that features a beautiful array of stunning, immersive and impressionistic songs.

Secret Name by Low was released on March 30 1999, which makes it 20 years old this year. That sentence feels quite strange to me, seeing as the album feels as fresh to me today as it did the first time I heard it back in ‘99. There will probably be no fanfare, no big celebrations for its anniversary, but that’s OK; Low have never been a band that needed to shout to get their point across. The power and intensity of this album is in its quietest moments, and the intricate brilliance of its songwriting.

This album means so much to me, as it takes me back to a time in my life that was full of uncertainty, anxiety, and, it has to be said, deep unhappiness. I was in my first year at college, studying English and not in a good place mentally. I was full of doubt about my decision to be there at all, and was having a hard time finding a way forward. Deep down, I had always known that music was what I wanted to do with my life, but that seemed an unreachable dream. I was lonely and confused. It all sounds like a rather gloomy time and, to be honest, it was.

So when I listen to this album now, I am immediately taken back to that kid in his dorm room listening to these songs on repeat  — learning every intricate detail of every song and the layering of every vocal harmony — and getting completely and totally lost in the music. I guess at the time, I was searching for music that would take me somewhere else entirely, and Secret Name did that for me. It connected with my soul.

This was the first Low album I bought, and it became the starting point of a life-long journey of discovering their previous albums and the many (many!) albums they have released since. Still, this is the one that is the most special to me.

The opening track, “I Remember,” is a hazy, fragmented song. Mimi Parker’s under-stated drum loop and Alan Sparhawk’s barely audible opening vocal lines create a sense of lost memories being recovered somehow. A soft vinyl crackle runs throughout, and it almost feels as if the song is being played from a gramophone. There is a quiet feeling of resignation, even before the album has begun. But it was the next track, “Starfire,” that truly hooked me. The power of this music is in the spaces between the notes, the sparse instrumentation, but also the indescribable beauty of the melodies and harmonies that Alan and Mimi sing together. “Starfire” builds into an epic ending, with booming drums and distorted guitar, and has an anthemic quality that gives me chills to this day.

“Two-Step” is another standout track, which shines with its simplicity and just proves how the band’s aesthetic works in bringing the songwriting to the forefront. The guitar is strummed softly, the vocals are sung softly, and the emotion is one of purity and beauty. Yes, it has a sad feeling to it, but it is also warm and welcoming. It is hard to listen to this song and not feel your heart slowing down, the line “You can kneel down on white” becoming like a mantra for the disenchanted.

But it isn’t all beauty and light in this album. The track “Don’t Understand” shows how dark this band can get, with a strange backwards sampled loop, funereal guitar riffs, and tortured vocals repeating “I don’t understand.” It almost becomes too intense, but the brilliance of the programming of the album provides relief, as it switches into track seven (my favorite on the album), “Soon.” “Soon” is a work of complete genius. The devastating lyrics are delivered in such a plain and simple way, and are full of resignation and regret — and yet, the song is almost sung like a lullaby. The fragile vocals eventually give way to an extended strings outro, which builds into an uplifting finale.

“Soon” can be compared to another brilliant track on the album, the beautiful “Will the Night.” Both songs are perfectly crafted and performed, with a certain songwriting classicism which makes them timeless. “Will the Night” is simply perfect. Some might think that the ending of that track would be an obvious way to end an album, because it has such a swooping climax and an air of finality. Low had other ideas. By adding the track “Home” at the end of the album, a sparse, brooding and enigmatic song, it abandons that feeling of resolution. Just as in life, things are left unresolved and the answers are never revealed. “Home” is a cross between a funeral march and the recollected sound of a dusty music box. It is a strange and otherworldly end to the album. It lingers in the mind long after the final notes are struck.

During the year that Secret Name was released, I was in the process of making some hard choices about my life. I eventually dropped out of college and started to seek help for my mental well-being. Unbeknownst to me at the time, that was a decision which would eventually lead me on a much better path.

I went to see Low perform at the Union Chapel, Islington that same year, and it was another moment that will stay with me forever. I remember fighting back tears as they played. I was transfixed with the performance. I also remember leaving the show and thinking to myself for the first time, This is what I want to do. I didn’t have a clue how to do it, but it was a rare clear thought in my muddled mind, and it spurred me on to seriously trying to record music myself in my bedroom. I borrowed a 4-Track cassette recorder from a friend and began making my first recordings. It would be a few years before I had the confidence to play any of my songs to anyone, but it was a start.

Secret Name will always be special to me, partly as it reminds me of that time in my life and the start of my own journey into making music, but mostly because it is a magnificent album by a truly wonderful band, who have gone from strength to strength in the years that have followed.

Maps (born James Chapman) is a Mercury Prize-nominated musician and producer who hails from Northampton, England. In 2019, he released his fourth studio album, the lush and soaring Colours. Reflect. Time. Loss. With this latest work, Maps stepped out from his home studio in the English countryside with the intention of making his new record a more collaborative endeavor. By recruiting the Belgian chamber ensemble Echo Collective — as well as a number of guest percussionists and vocalists — Colours. Reflect. Time. Loss. represents a creative reinvention for Maps that features a beautiful array of stunning, immersive and impressionistic songs. 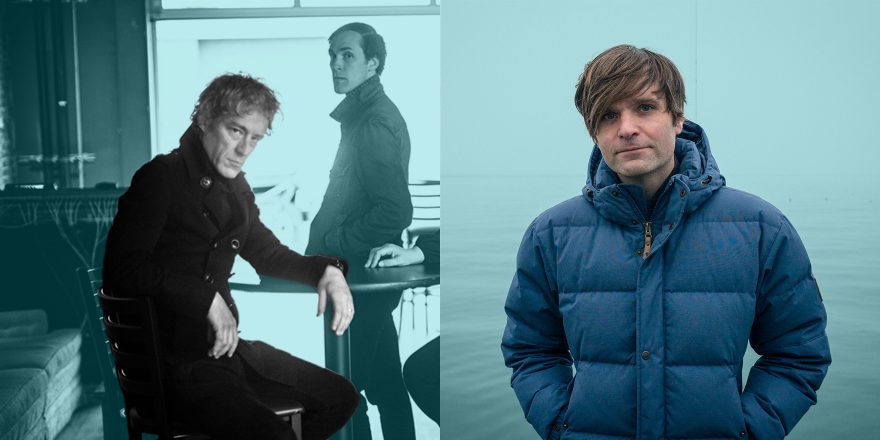 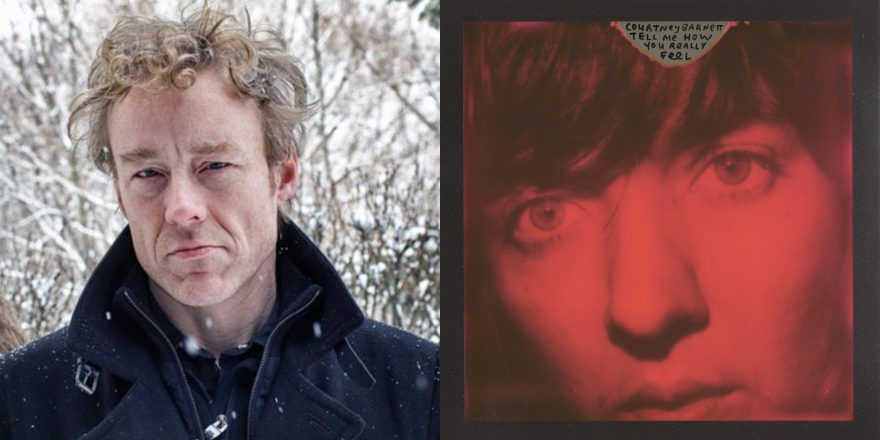 Best of 2018: Alan Sparhawk of Low Didn’t Like Courtney Barnett’s Music at First, But Now He Loves It