Joe Goddard, member of Hot Chip and the 2 Bears, is a songwriter, producer, DJ, remixer and co-founder of the Greco-Roman label. Like Four Tet, Caribou and Jamie xx, Joe combines a thirst for experimentation, an instinctive understanding of the dancefloor and a love of left-of-centre pop music.

VOICES is a Talkhouse series in which artists discuss current events through their own unique lens. For each article written, the publication donates to a charity of the musician’s choosing. Joe chose Medecins Sans Frontières.
— Brenna Ehrlich, Talkhouse Music Editor-in-Chief

My new single is called “Music is the Answer.” The chorus is based on a sample of 1998 deep house classic “Music is the Answer” by Celeda (Victoria Sharpe), produced by Danny Tenaglia. The vocal has tons of energy and attitude, and the production still sounds amazing in a club context. I initially wrote the chords for my song without any idea of what the song would become — when I write chord sequences, I am only trying to create something that moves me or interests me melodically and rhythmically. Once I had written the chords for the verse and pre-chorus, I tried several different vocal samples and found that the Celeda sample fit amazingly well. I then wrote the lyrics for the pre-chorus — “You take me higher still…” — and asked Jess Mills to write and sing with me on the song.

I sampled the song early in 2016 and a year later, at the start of 2017, the world feels to me like a different, frightening place. Fascists are taking power or becoming more popular, propagating isolationist and nationalist rhetoric, sowing fear and division between communities, friends and families. My head is spinning over these issues and their relation to my own life and my own music.

I truly believe that music is a powerful force that helps people to co-exist.

I truly believe that music is a powerful force that helps people to co-exist. I grew up in southwest London in a very multicultural community, attending a comprehensive school filled with people from all around the world. During my teenage years, by constantly going out to gigs and clubs, I came into contact with people from every continent — got sweaty, got high, had drunken conversations, went to after-parties. I think dancing and eating with people from different backgrounds are two of the best ways to overcome xenophobia and build communities.

London is an example of a multicultural capital city that genuinely works, where people realize that a place is stronger and richer if it’s diverse. It’s a city where I can find an amazing reggae club, then eat great Turkish food, then drink sake on any night of the week. And I believe that music has helped London to become a place where that is possible. It helps us to understand each other and mix with each other in a joyful way.

At the same time, I realize that making a statement like “Music is the Answer” will lead some to label me as a hopeless hippie, a fantasist, a “snowflake” who has no idea about the harsh reality of everyday life for many people in London and beyond. Maybe they would be right to say that; I’m fairly secure, my income is decent; I was born a white male with middle-class parents in a rich city. You can’t really be born more fortunate than that in the racist, misogynistic, economically unequal world we live in. Given where I come from, do I have the right to make a statement like “Music is the Answer”?

The only job I am any good at is making pop music.

The only job I am any good at is making pop music. Before making a living full-time as a musician, I worked at Island Records for a year and I was terrible in an office environment. I couldn’t deal with the politics and didn’t have the nerve to pick up the phone and get things done. Basically, I enjoy being in my studio, writing chords and messing with them on beautiful synthesizers. When I’m doing that, I can get lost in sound and feel totally at ease, enjoying the sense of flow that comes from creative work. I know that making this music is not the most important job in the world in any way, and I constantly beat myself up over the fact that I’m not helping others in a more tangible way. But this is what I can do, and I feel like creating and sharing these moments of escapist joy is a deeply necessary thing for the human mind. Maybe more so now than ever.

I am deeply confused! I can’t deny it. I am a “snowflake”; I’m overly sensitive to the aggression and hatred that is prevalent in so much communication right now. Deep down, I accept that about myself. But I don’t think that means I shouldn’t have an opinion, even if it might seem pretty fanciful to some.

So here it is: I do believe very strongly that immigrants and refugees are not the cause of our problems in the U.K., in Europe or in the U.S. Politicians, corporations and, in some cases, the media are bringing out the worst in people, driving wedges between different groups who should really be pulling together, while the real cause of hardship is unrestrained, rampant, soulless capitalism. So I hope we can continue to dance together, eat together, sleep together, learn together and fight together to take back our future from all those who seek to corrupt it.

I find it difficult to pluck up the courage to speak out about the political climate, and I find it equally troubling to stay silent. I realize that in reality all I really do is make pretty whimsical pop music, but I do that to the best of my ability. I try to invest this music with emotion and humanity and hope that that effort comes across to the listener. Pop music isn’t much to believe in, particularly at a frightening moment in our history, but I feel that it has some importance nonetheless.

Joe Goddard, member of Hot Chip and the 2 Bears, is a songwriter, producer, DJ, remixer and co-founder of the Greco-Roman label. Like Four Tet, Caribou and Jamie xx, Joe combines a thirst for experimentation, an instinctive understanding of the dancefloor and a love of left-of-centre pop music. 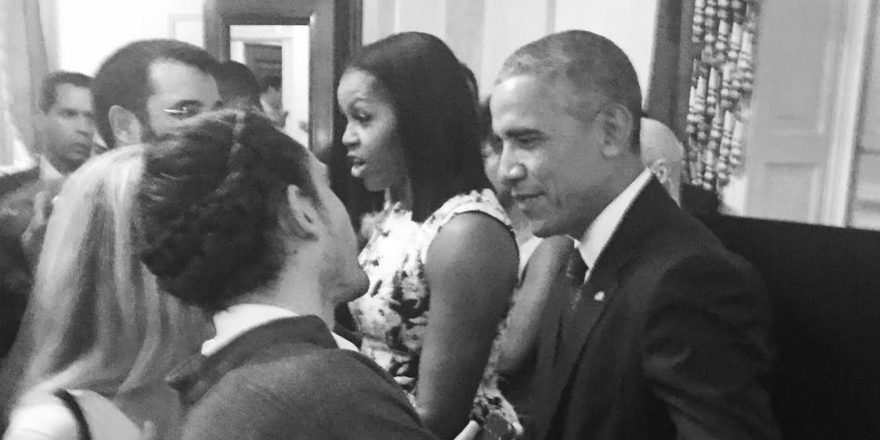