Norwegian electronic jazz veterans Jaga Jazzist released a new record earlier this year titled Pyramid. If you’re in need of some Jaga recommendations, I suggest checking out “Lithuania,” “One Armed-Bandit,” and more recently, Lindstrøm & Prins Thomas’s remix of “Apex.” Lamenting on Jaga Jazzist’s extensive discography, we recently asked songwriter Lars Horntveth to compile a Talkhouse playlist full of tracks he wished he wrote. Here are some of his inspirations.
—Keenan Kush, Talkhouse Director of Operations

Otis Sandsjø — “tremendoce” (Feat. Jonas Kullhammar & Per “Texas” Johansson)
Petter Eldh and Otis Sandsjø are pretty new acquaintances for me. Berlin-based Petter Eldh is an amazing jazz upright bass player (in among other projects, Gard Nilssen’s Acoustic Unity and Django Bates’ band), but also a sick producer of electronic music. He recently did a remix of Jaga’s “The Shrine.” So inventive and surprising. Can’t wait to release it. Don’t know much about Otis other than that I absolutely love his music. Produced by Eldh. The sax players Jonas Kullhammar and Per “Texas” Johansson are long time heroes of mine since I was a teenager. Say no more, nudge, nudge..

Valkyrien Allstars — “Slutte og byne”
Norwegian folk rock quartet Valkyrien Allstars released this song amazing song a few months ago. The lyrics are absolutely tearjerking and hilarious at the same time. It goes on and on about all the stuff that you promise yourself to quit or start doing, like drinking, smoking, watching Sopranos, not buying presents to your friends baby shower, staying up all night, calling your mum more often etc etc. It hits a nerve, haha. The music is super groovy, almost Mali-like guitar parts and a constantly modulating verse that goes up and up. I love it! Brilliantly mixed by my friend and next-door neighbor Øysttein Frantzvåg.
Norway! Norway! Norway!

Aphex Twin — “Avril 14th”
From Druqks, an all time favorite. I don’t feel like I need to explain how much I love Aphex Twin. Nuff said.

Nicolas Godin, Kate NV — “Back to Your Heart”
One half of french electronica band Air, Godin released this song and album earlier this year. Absolutely brilliant album. This song is one of my favorites, but there are so many good ones here. I don’t know singer Kate NV, but love her voice. Cool example of super-slick music that comes out not being kitschy at all in my opinion. Sick sounds and production. Hope I’ll get to see it live at some point!

Jean-Claude Vannier — “L’enfant au royaume des Mouches”
Serge Gainsbourg-producer and arranger, Jean-Claude Vannier, is usually featured every time I’m making a playlist for whatever. Love what he did for Serge, but his solo albums are really awesome too. This album is really one of a kind. The combination of rock band, choir, strings and a lot of crazy percussion and field recordings is really unique. I don’t know anyone who’s done this kind of stuff before or later. A lot of people know this one though, as it’s one of those collectors must-have albums. I agree.

Charles Mingus — “Track B- Duete Solo Dancers”
From The Black Saint and The Sinner Lady album. Absolutely amazing album and the Mingus album I’ve listened most to. He took a lot from Duke Ellington, but made it more loose and edgy. Not exactly an inspiration for me, his music is so far from what I’m doing, but who knows, maybe that’s the new direction for Jaga? Anyway, I’ve listened to this album hundreds of times and love it. His book, Beneath the Underdog, is also worth reading. Very psychedelic, funny and sad. And definitely not a “true” autobiography, more like Norm McDonald’s Based on a True Story: A Memoir, which is all made up, haha.

Arthur Russell — “That’s Us/Wild Combination”
Super catchy pop song in a weird and lovely production. I guess you can say that about a lot of his music. He’s one of my favorites and I would love to make something that is that emotional and personal and weird at the same time.
The movie about him, Wild Combination, is also one of the most inspiring music documentaries I’ve seen.

Benjamin Lazar Davis — “A Love Song Seven Ways”
Absolutely beautiful song by my NYC-based friend and collaborator. Ben plays all kinds of instruments and has a really special voice. And beautiful lyrics. Love his stuff. I had the pleasure of co-producing and playing a bunch of stuff on his forthcoming album, which is due next year. #ad

Once & Future Band — “How Does It Make You Feel?”
San Fransisco-based band, totally blew me away when this came out a few years ago. Inventive, catchy and full of cool production ideas. RECOMMENDED.

Sebastian Tellier — “La Ritournelle”
This song is old. 2004 I think. I didn’t know that Tony Allen was playing the drums on this song before he sadly died earlier this year. Sick groove, amazing string arrangement, catchy vocals and love the long seven minute build up. Brilliant.

Can — “One More Night”
I would have loved to make any Can song really. But this is another great one. Comes up as a reference all the time when I’m producing albums for other bands. Always inventive and surprising.

Eleni Karaindrou — “The Weeping Meadow”
She’s been a big inspiration for my solo albums since I first heard her music around 2003. Very moody, minimalist and straight to the heart. Without being sentimental. There’s an ocean of music to check out.

Jøkleba — “Hvileskjær”
Norwegian impro-trio Jøkleba was one of the main reasons we started Jaga back in ’94. This song is absolutely beautiful. The rest of the album is way more crazy. Production sounds sick, made around ’92, if they released this today, no one would think it was that old I think. #rabbithole

Kelly Lee Owens — “S.O”
I loved and listened to her first album so much. Released by my friend and sometime label manager Joakim Haugland aka Smalltown Supersound. New album just came out. Also great!

Jon Hopkins — “Singularity”
Definitely my favorite electronica artist the last ten years or so. Love the combination of the hard beats and the ambient music. Inspiration for a lot of Jaga’s songs on the last two albums, but I doubt he would agree, haha. Seen him live a bunch of times, top five shows ever! 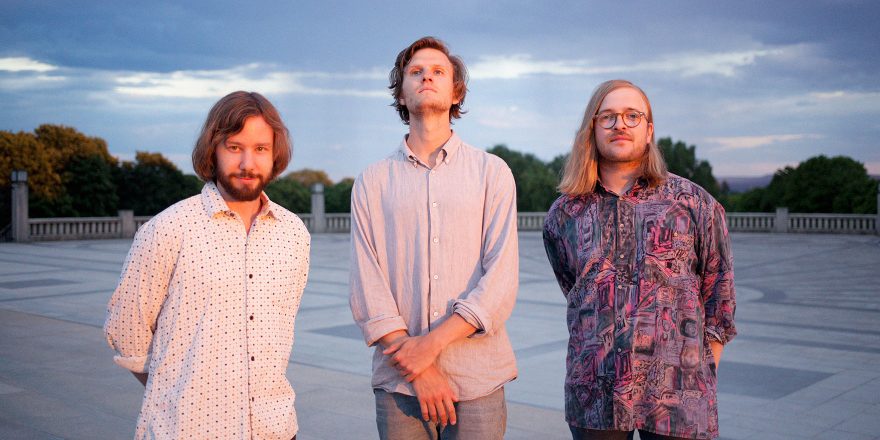 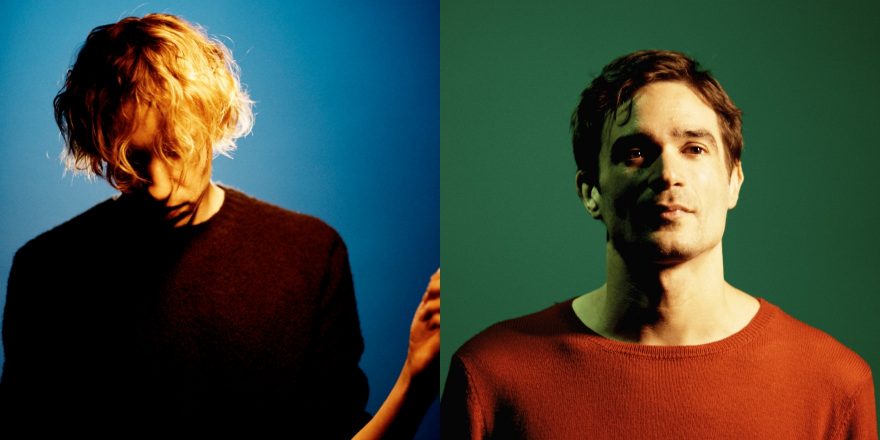 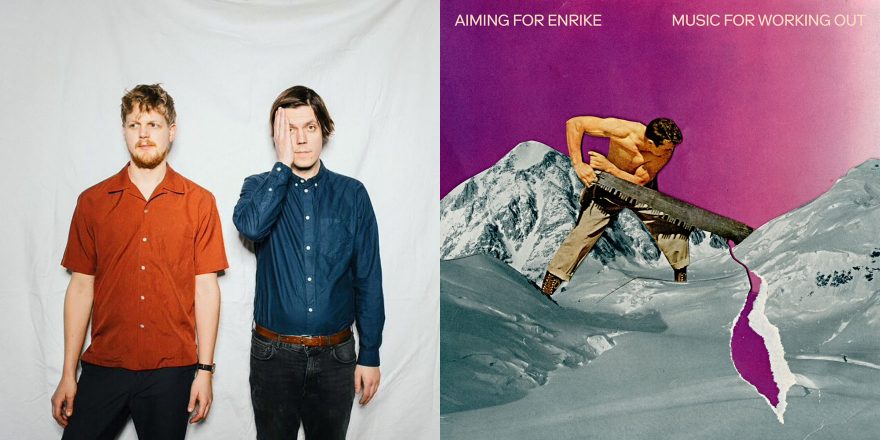 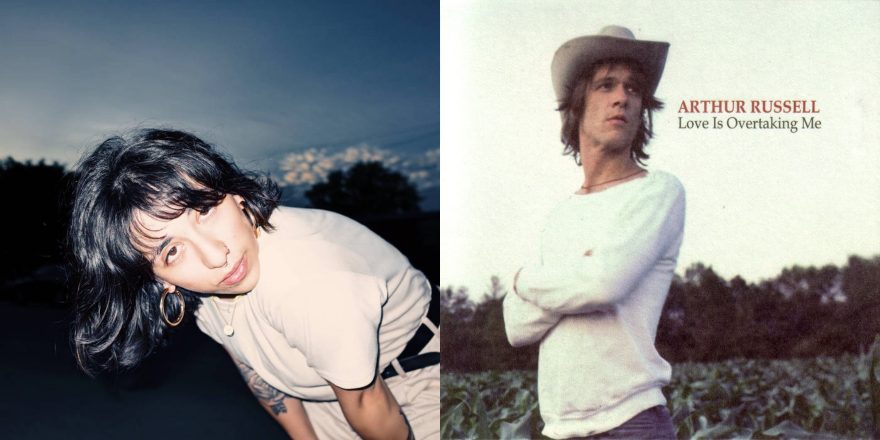 Tenci Will Never Get Sick of Love Is Overtaking Me