Today we have a Talkhouse Playlist from New Politics guitarist Søren Hansen. While playing with the group, Søren shreds a Sonic Gray Jazzmaster from Fender’s new American Professional Series, which you can check out here. Listen to the playlist below to learn about Søren’s early inspirations, and how not knowing English while growing up forced him to focus on a sonic universe over lyrics. Give it a listen, and enjoy!
–Dave Lucas, Talkhouse Marketing Manager

Over the years that we’ve been involved in the music scene, I’ve come to appreciate and be grateful for my early inspirations. Here is a small selection of what I would say has inspired me to become a musician, a songwriter and someone who has dedicated his life to music (plus a few new songs that have been on repeat lately). Something funny that I came to realize while writing this is that not knowing English when I was growing up made me focus on melodies and a sonic universe way beyond than the lyrics.

Nirvana – “Lithium”
This is a definite #1 on the list – not because it is the best song in the world, but just because I feel this is what started everything for me. I got into Nirvana way after Kurt passed, but something about this album still feels relevant, even today. Nevermind and especially this song helped define me as a person. I stopped listening to what everyone else was listening to and for the first time I could identify my angsty emotions with something specific. “Lithium” is also what got me hooked on fuzz pedals. I probably have five Big Muffs and six other fuzz pedals. I am sure most guitarists can relate to the satisfaction of stomping one of those really hard when the chorus kicks in.

Blondie – “The Tide is High”
My dad had an old Autoamerican record when I was little. Every kid had a favorite song when they were growing up and even though I didn’t have a clue what Blondie was singing about, this was my song. There’s a sadness in the chords and an honesty in her voice that pulls me in and takes me right back to the time I found my dad’s record.

The Beach Boys – “Surfin’ USA”
Before my angsty teenager days, a childhood friend made me a CD with some of his dad’s favorite songs; I think this was a huge inspiration on my contributions to New Politics, too. The riff, the melody and the harmonies seem so effortless, but writing a simple song that works is the hardest thing to do.

The Beatles – “Back in the U.S.S.R.”
Lately I’ve been on a Beatles kick, listening to every album back to front. The most incredible thing about them (besides their fantastic songs) is how they were always able to have fun and do things no one expected them to do. That is something I aspire to do, but no one does it as well as these guys did. It shines in their recordings and this song always makes me want to turn the volume up and go write a really fast song. It’s so raw and carefree and that resonates with me a lot.

Etta James – “I’d Rather Go Blind”
Every time this song comes on I get chills and her voice makes me shiver. It’s one of the saddest and most beautiful songs I can think of. I think I heard it in a movie a long time ago. It is the song you put on when you’re alone at home; you turn the volume up and let all your emotions flow.

David Bowie – “Heroes”
Bowie is probably my favorite artist of all time. The lyrics and his performance of “Heroes” is, in my opinion, perfect. His life was wild; he did all the things we all wish we had the courage to do and somehow he maintained the discipline to keep writing these amazing songs.

The Kinks – “You Really Got Me”
One of the best guitar riffs in the world. I play this song for inspiration regularly. It’s just classic, dirty rock & roll.

Bad Suns – “Cardiac Arrest”
A few years ago we toured with Bad Suns. I don’t know if they have a Duran Duran vibe, a Talking Heads vibe, a modern rock vibe or what it is, but they are unique and interesting.

Foxygen – “Shuggie”
What I like about this band is that they’re able to write simple songs and make the production super interesting. There are tempo changes, key changes, a raw vocal performance, etc. Who doesn’t like that? 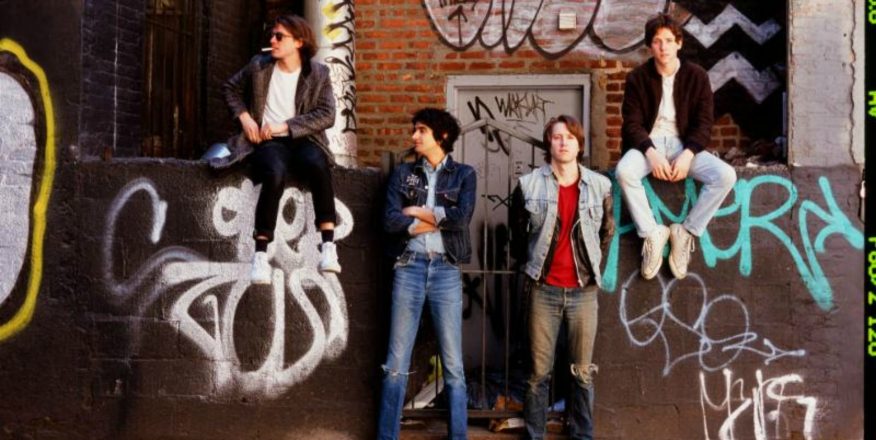 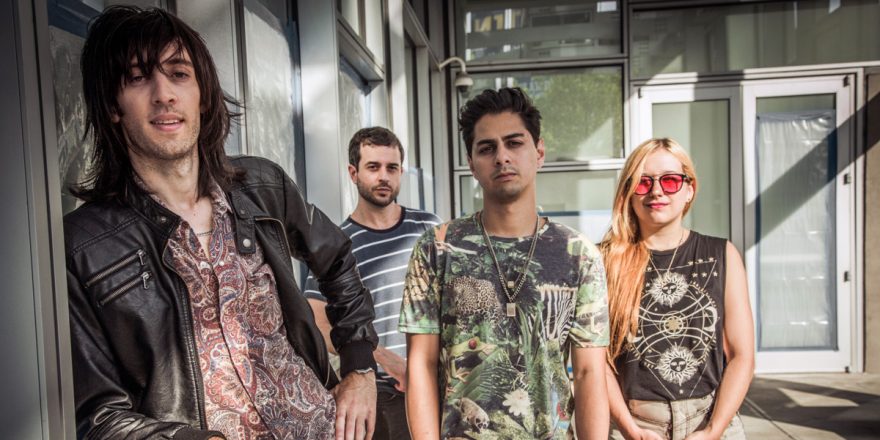 Talkhouse Playlist: Getting Back to American Music with Dinowalrus