Toronto pop-punk band PUP released their latest LP, The Dream Is Over, earlier this year on SideOneDummy Records. The opening track of the catchy, energetic, anthemic record, “If This Tour Doesn’t Kill You, I Will,” gives us plenty of context for today’s playlist. Check it out to get a sense of how the band picks music to listen to while on tour, and be sure to catch PUP on tour in the U.S. and Canada throughout the rest of 2016.
–Dave Lucas, Talkhouse Marketing Manager

It can sometimes be difficult to listen to music while we’re on tour. Often I try to read or listen to podcasts in order to find as much daytime respite from music as possible; we are inundated with sound while on tour and it can definitely be overwhelming. Having said that, one of the ways to find balance while listening to music on tour is to find records and artists who sound nothing like you but can teach you a lot about your own practice.
–Steve Sladkowski, guitarist

There hasn’t been a song that I NEED to listen to multiple times in a row for a while. But this song is amazing and demands repeated listens. The experimental production, lush melodies and weird orchestral bent that Justin Vernon explored on the last record are in full bloom here. It’s a gorgeous step forward, even if the titles and album art are totally obnoxious. – SS

I’m a sucker for great, no-bullshit songwriting and there are few people doing that better than Angel Olsen. I love the progression of this song: how the first verse and chorus flow into a jammy guitar riff, how the shorter second verse builds tension into the third verse and final payoff of “where you are is where I want to be.” It all clocks in at two minutes and fifty-five seconds of bliss. –SS

The amount of music Deerhoof puts out can be overwhelming; Spotify tells me they’ve had three releases in less than two years, which is total insanity given the way most indie rock bands release records these days. They are such a singular band that it takes repeated listens to really digest their records. The angularity of their compositions can sometimes obscure how hook-laden and poppy it all is… but “Kafe Mania!” is a perfect balance of everything Deerhoof does better than anyone: noise, riffs, complexity and hooks. –SS

Vince Staples feels like one of the most vital voices among a new class of young rappers (alongside Chance the Rapper, Vic Mensa, Joey Badass, and of course, Kendrick) who are channeling the social realities of African-American life into challenging and incredibly political music. This is nothing new, but given the current political climate in the United States, these sorts of musical statements are even more important to hear. –SS

There’s a lot of music out there. A Spotify Premium account gives me way too many options and necessarily excludes others. Somehow, I had never listened to Warpaint before this most recent record came out. Further proof that it’s important to confront your own ignorance. –SS

“Metamorphosis One” is the first in a series of five solo piano compositions by Philip Glass that are my go-to escape from the world music. I have been fascinated with the music of Philip Glass, and the minimalist movement in general, for a decade and only now feel like I’ve really absorbed elements of the language into my own musical vocabulary. I’m always learning more from repeated listenings and the subtle changes over these five interconnected pieces are the perfect soundtrack for long drives and flights. –SS

Easy. It’s catchy and it describes us.
–Zack Mykula, drummer

Spooky and brutal and awesome and full of hooks and left turns; typical to DEP. –ZM

Jeff Rosenstock – “Wave Goodnight To Me”

Jeff keeps topping himself, and this new song (and album) is no exception. – ZM

Try not to be inspired by this song. One of Canada’s best and most important acts, melding social and historical consciousness with vital lyrical and musical content, and bringing it to the fore. –ZM

Tallest Man on Earth – “The Gardener”

When this song was released, it instantly raised the bar for solo acoustic acts. The guitar work alone is mental, and then you add his naturalism in songwriting. So good. –ZM

Her tendency toward spooky, yet utterly catchy melodies is rolled into a tasteful Afro-cuban inspired groove, making a song as infectious as it is scary. She is an undeniable talent. –ZM 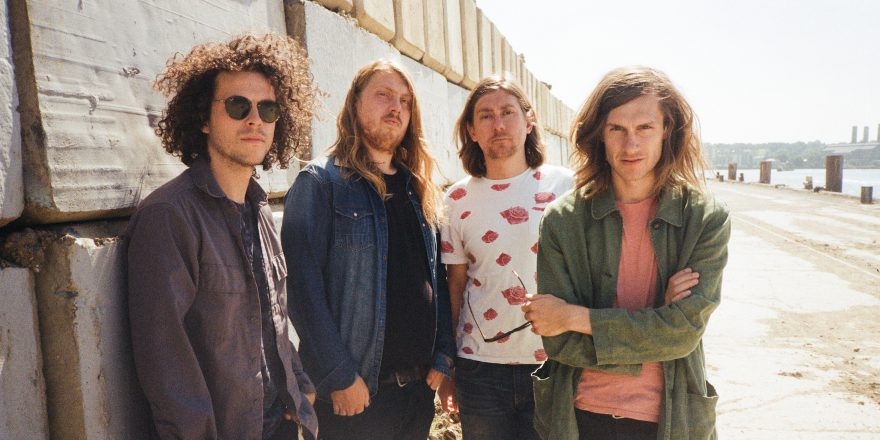