Tomorrow, Chicago punks Meat Wave releases their latest LP, The Incessant. It’s a raw, aggressive, emotional album, recorded with the legendary Steve Albini. To show another side of the band’s influences, the group got together to make us a playlist full of party music. Make sure to check out the new record, and enjoy the playlist!
– Dave Lucas, Talkhouse Marketing Manager

Hi, we’re the band Meat Wave from Chicago. Our music is pretty abrasive and loud, but, you know, we like to have a good time, too. Here we’ve compiled a list of some all-time feel-good jams for when you’re either feeling down or feeling too damn good and need to keep that high going. Enjoy.

AC/DC – “Riff Raff”
Chris, Joe and I did an AC/DC cover set with our friends Jon Olson (Rad Payoff, Texas Chainstore Manager, DirtyBird) and Meg MacDuff (Bleach Party, Velocicoptor) for a Halloween weekend show at Cole’s Bar last year. It was a fucking blast. “Riff Raff” was one of the songs we covered. I love how scandalized and irritated Bon Scott is that anyone would give them a hard time for just having fun. – Ryan

Electric Light Orchestra – “Nightrider”
I recently got really into ELO. I always appreciated the singles, but a couple of weeks ago I was deep cleaning a disgusting bathroom and put on Face the Music. I was literally dancing my ass off while I scrubbed twenty-five years worth of scum from a sink. Some of the most cinematic, infectious pop music ever. Once you submit yourself to the insanity and sonic jungle that is ELO, there is no turning back. The arrangements and progressions are sick, they’re like candy. “Nightrider” is simply badass. – Chris

Taco – “Puttin’ on the Ritz”
Hey! A showtune I don’t hate! This is a weird one. In some ways it feels like it’s mocking the original, especially when you consider the original context of the song. The bizarre video feels like the ghost of a troubled era. I remember hearing this at a young age and not getting it. I still kind of don’t. – Joe

Steely Dan – “Reelin’ in the Years”
You know it. You love it. It’s “Reelin’ In The Years” by Steely Dan. If this song doesn’t make you feel good you are probably at the height of your teenage angst and this song will be waiting for you whenever you’re ready for it. – Ryan

Evelyn “Champagne” King – “Love Come Down”
Meat Wave did the first part of our West Coast tour last year with Chicago rippers Lifestyles. Their drummer and all-around great guy, Adam, sent us a couple of playlists before we parted ways and one of them included “Love Come Down.” I’ve been addicted to this jam ever since. It’s a booty shaker. It’s everything that Lionel Richie’s “All Night Long” ever hoped to be, but so much more. – Ryan

The B-52’s – “Lava”
Wear shades to enhance the cool feeling. I once set up a guitar like Ricky Wilson and attempted to jam some of these songs. Not happening. How do you do that on one guitar? – Joe

The Nerves – “When You Find Out”
My friend Kyle showed me the Nerves when he was last in town. They are a perfect punk band. Perfect pop band. They’re like the fucking Beatles. There’s some angst, some sweetness and all-around amazing sensibility. Kind of sounds like Elvis Costello and Iggy Pop and the Zombies and the Beatles, so yeah, it’s pretty sweet. – Chris

The Pharcyde – “Soul Flower (Remix)
One hundred percent proof that sometimes the remix is better than the original. This version featured on Bizarre Ride II has such a feel-good spirit that even the rhymes about STDs feel lighthearted. – Ryan

Digital Underground – “The Humpty Dance”
You got it down when you appear to be in pain. – Joe

M – “Pop Muzik”
Is it Huey Lewis? Is it Ghostbusters? Hell no. It’s the guy who introduced the unofficial chord progression of the ’80s to the world before them all. Put this on at a party and become more popular. Robin Scott (known simply as “M”) could have sued, but as he’s stated in interviews: it’s all just pop muzik. – Joe

Men Without Hats – “The Safety Dance”
The jam. Instant party. When we were in Victoria, BC, Joe got a sweet “Safety Dance” T-shirt. This song is equal parts badass and hilarious. I’ve found that it’s really enjoyable to employ the echo-y spelling out of “Safety Dance” to your normal everyday life. When you’re at a bar and you get your beer: “B…E…E…R…Beer” That little synth line is historic. – Chris 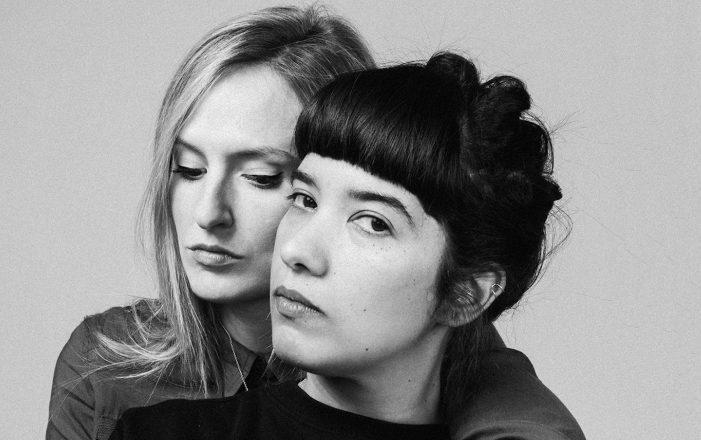