I have a friend who spent a few years in movie jail. It’s not an option for indie filmmakers like me — my commercial track record barely qualifies for overnight juvenile detention — but I’m told it is a real place, and the warden is the collective unconscious of the Hollywood Entertainment Industrial Complex.

Some directors are there for picking the wrong project at the wrong time. Some are guilty of squandering their gifts. Most are jailed for the crime of hubris, which is odd, since you can’t be a director without it. But movie jail-worthy hubris is typically coupled with “commercial disappointment,” meaning that even if your last movie made money, it didn’t make enough to compensate for whatever hubristic act or utterance the Complex believes you committed.

M. Night Shyamalan has done time in movie jail, having both squandered his considerable gifts and publicly uttered statements such as, “If you’re not betting on me, then nobody should get money. I’ve made profit a mathematical certainty.”

Then came the twin craters of The Last Airbender and After Earth, and suddenly Shyamalan is left waiting for his parole hearing.

Lucky for him, Parole Board Commissioner Jason Blum (producer of horror franchises such as Paranormal Activity and Insidious) is known for giving back to filmmakers their creative freedom and their dignity, provided they can work six-day weeks on location, no trailers. In this case, Shyamalan kept his latest project secret and even paid for it himself (for which he has my complete respect — I’ve never understood why “other people’s money” is the rule for even well-heeled directors desperate to make their passion project). And Blum evidently liked it enough to add his name and considerable marketing savvy.

With all this in mind, I came to my sneak preview screening of The Visit with guarded hope that it would mark the return of the old Shyamalan mojo. I loved The Sixth Sense and Unbreakable, not just for the plot twists, but for the sense of style — a creepy mastery of composition, pace and sound that evoked Hitchcock, Kubrick and Shyamalan’s touchstone, The Exorcist. Subsequent films like Signs and The Village had similar charms mixed with battier premises. Then came Lady in the Water, a baffling fairy tale of alien water nymphs and the janitors who love them. Upon reaching its mystifying conclusion, I could care less about style — I just wanted a flow chart to explain what happened. Shyamalan’s next three films took such extreme critical drubbings that I didn’t bother to see them, but I’ve nonetheless felt certain that a career resurrection was coming, as he seemed too talented to remain a punchline.

So what’s the verdict on The Visit? If you come expecting Shyamalan’s signature twist ending, you’ll get one of a sort. But it’s the moment a few scenes later that’s the true reveal, wherein an incontinent grandpa makes a deposit in his adult diaper, opens it to show his ersatz grandson the fresh excrement, and — SOILER ALERT! —proceeds to rub it in said grandson’s face after proclaiming, “I never liked you.”

I know how the grandson feels.

There are a handful of scares, a few good laughs, and one memorably creepy performance in The Visit. Otherwise, this is a cynical cinematic turd lacking logic, plausibility, character motivation and human dignity.

The questionable premise concerns a mother, estranged from her parents ever since leaving home 15 years earlier, who nonetheless sends her two teenage children to visit them for a week. Fifteen-year-old daughter Becca (Olivia DeJonge) is making a documentary about the experience, because apparently nobody told Mr. Shyamalan that the found-footage horror genre is thoroughly spent.

On meeting Pop Pop (Peter McRobbie) and Nana (Deanna Dunagan), Becca’s 13-year-old brother Tyler (Ed Oxenbould) starts to suspect something may be amiss. Portraying the elderly with the same sensitivity and nuance black people received in Birth of a Nation, Shyamalan has the grandparents take turns projectile vomiting, roaming the house naked, scratching the walls, crawling on all fours, tackling strangers and sucking on a shotgun barrel. But even Tyler’s concerns about Pop Pop’s used diaper collection are poo-poo’ed by his big sister, who’s smart enough to throw around words like denouement but is unquestioning when glassy-eyed Nana makes her crawl inside the kitchen oven (which, it should be noted, is large enough to trap a bear).

By the time things get violent — a turn both unexpected and tonally questionable — any sense of fun has been overwhelmed by a burlesque of cheap scares, cheap laughs and cheap sentiment. True, this is not Shyamalan’s worst effort. But unlike, say, Lady in the Water, which was at least guided by ambition and a desire for originality, The Visit plays like a series of outtakes from Scary Movie.

I haven’t given up hope in M. Night Shyamalan and his long dormant skills, and I wouldn’t wish movie jail on anybody (except maybe that guy who made Transformers 4). But let’s hope that the next time he spends some of that Sixth Sense money on a self-funded effort, it’s a return to his formerly dazzling form. Shyamalan may resent his once-dependable audience for demoting him from Oscar contender to Golden Razzie repeat offender. But he doesn’t need to rub our faces in it. 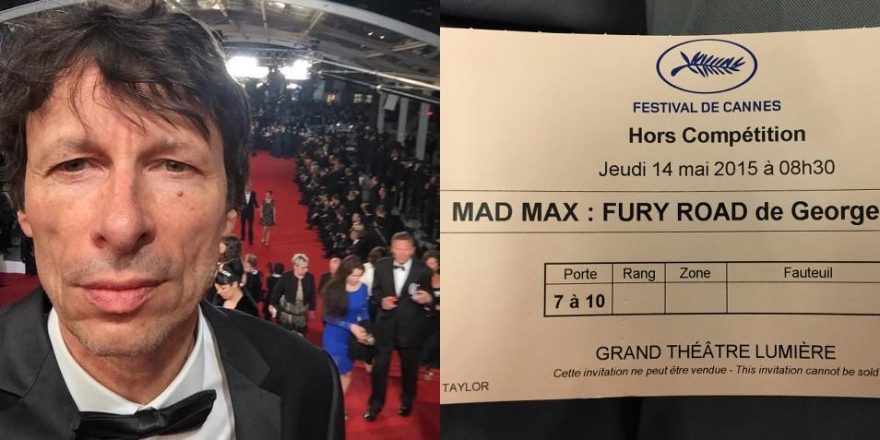