Zach Staggers was born in New York City in 1986. He plays the drums in a band of brothers called the So So Glos. When he’s not on tour, you can find him at the all-ages music venue that he co-founded, Shea Stadium. If he’s not there, he’s probably in Queens eating some dope-ass food. You can follow him on Twitter here and the So So Glos here.

I was in high school then. My stepbrothers and I played abrasive rock music in our parents’ basement until we eventually scored a Monday night audition slot at the legendary CBGB. Despite the club having seen better days, this was something of an accomplishment for us; we were kids who saw music as an escape because everything else was a drag. After we inspired a small but fiery mosh pit during that show, the bouncer caught us sneaking in 40s, and, alas, we were kicked out.

Being ousted from CBGB — where people used to do speedballs in the bathroom — for being rowdy was ludicrous to us. We were young and to us, everything was both melodramatic and cut-and-dried: us getting kicked out of CBGB was yet another symptom of the decline of New York’s heritage. It felt as if every day the city was getting closer to completing its metamorphosis into something that it never had been: homogenized, processed and packaged. The changing milieu began to take its toll on us and we desperately needed a soundtrack to rile us up — something other than the too-perfect rehash that was the Strokes, who had just emerged full-force from the petri dish of disaffected youth culture. We needed to get our post-pubescent kicks out in the face of it all. Could our prayers be answered?

Maybe. Across the sea, in a city not unlike ours, a London-based band called the Libertines released Up the Bracket. It was a vital album that dropped with the fury of a coup in an unsettled musical landscape. Blending blistering raw energy with heartfelt social commentary through the lens of adolescent experience, it was bombastic and sensitive in all the right places. The record had the credentials, too, right down to its seemingly hands-off production by a high priest of punk, Mr. Mick Jones of the Clash. The cover — a scene of police in riot gear, with text stylized in the tradition of the ransom note (cut up and taped-on) — said it all.

It became an instant favorite, fulfilling my love for the loud stuff while taking cues from a fresh wave of a rock & roll revitalization — the Libs, they got me. With impassioned grit, a band more than 3,000 miles away captured what it felt like to be a downtrodden and socially bemused teen in a big city. They followed up their debut with a self-titled record in 2004, which proved to be another rough-around-the-edges banger.

The Libertines stuck with me through the years that I needed them the most, but soon after that second album, the band fell upon hard times. Stories of drug addiction and infighting between one-time best friends Pete Doherty and Carl Barât were fodder for media frenzy. Soon the music fell to the wayside and the Libertines became overshadowed by their woes, disbanding in late 2004.

But the story didn’t end there. It thrills me to say that a decade and some after their dissolution, we now get to welcome back the Libertines, who have just released their third album, Anthems for Doomed Youth — years after CBGB closed its doors for good and a shiny new World Trade Center has risen from the rubble.

“This one’s for your heart and for your mind,” opens “Barbarians,” the first track on Anthems for Doomed Youth, and I immediately get butterflies in my stomach. It feels like reuniting with a cherished friend from high school — we may have led different lives over an elapsed decade, but we still get each other. When the chorus arrives, my buddy and I are already in a full-on embrace. “All I want is to scream out loud,” the Libertines sing of an urge that I know well, “The world’s fucked but it won’t get me down.” They pick up just where they left off, looking for those bits of hope within dire calamity.

Under all the poetry (which is still on point), beneath all the storied wit (there is no shortage of self-referential diatribe), the raw and unkempt feeling in the band’s delivery has always mattered most to me. The new record, made with unlikely producer Jake Gosling — who has also worked with boy band sensation One Direction and Ed Sheeran — never once sounds overworked. This is a band that refuses to clean up nice.

The Libertines still have a way of writing songs that stop just short of self-destructing, return with the urgent tenacity of the climaxing chorus — and then abruptly end, leaving you wanting more. That pattern pervades Anthems for Doomed Youth, which unravels with a renegade intensity and sincerity that could only come from the “boys in the band.” Switching tempos and changing up styles as quickly as they came has always been the Libertines’ specialty, and Anthems is able to run epic victory laps while highlighting the fallout of a fucked-up career.

When it comes to the Libs’ influences, the usual suspects are all present. The lead single, “Gunga Din,” mixes in a healthy portion of that two-tone swagger that the Specials made famous. The reggae-tinged verses saunter right up to the chorus, where the track prepares for lift-off and soars. In “Fame and Fortune,” the Libs look back to the days of their come-up, piecing together their history over a romp styled in the fashion of The Kinks Are the Village Green Preservation Society. Echoes of the Smiths embellish “Heart of the Matter,” which opens a cappella with a line that Morrissey would be jealous of: “No one can hold a light to your misery/You’re the number one,” Doherty sings, in what has become a favorite moment of mine on the record. No matter how many influences I hear wrapped up in their songs, however, the Libertines remain a unique voice.

The Libertines never shy away from the highs and lows of the human experience; the soul of the band emanates from every cracking vocal chord, every shitty acoustic guitar and every stumbling drumbeat. Their lyrics bear a spectrum of feelings ranging from heartbreak to delirium, from angst to positivity. Very few bands are able to make a record as sincere as the Libertines can.

I need the Libertines now for the same reasons I did when I first heard them. As the kid who got kicked to the curb in an increasingly antiseptic city, I found solace in their raucous expression. And as I listen, all grown up, to Anthems of Doomed Youth, I can’t help but think of my own boyhood sneaking away from me. Then I remember another lesson from the Libs’ songbook: “If you’ve lost your faith in love and music/ Oh, the end won’t be long.” I have certainly not lost faith — in music, love or the Libertines. Anthems for Doomed Youth stays defiant; it’s a triumph against all odds, the boys together once again, singing “la la la la la la la la la la la la la.”

Zach Staggers was born in New York City in 1986. He plays the drums in a band of brothers called the So So Glos. When he’s not on tour, you can find him at the all-ages music venue that he co-founded, Shea Stadium. If he’s not there, he’s probably in Queens eating some dope-ass food. You can follow him on Twitter here and the So So Glos here. 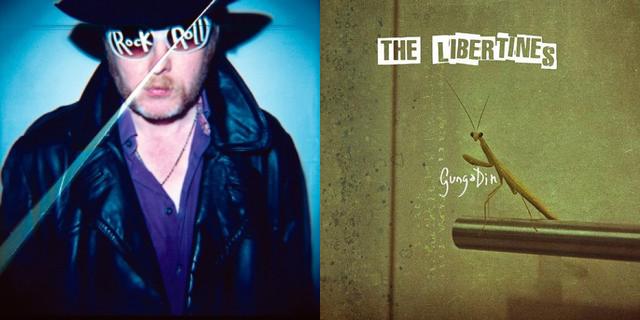