I almost met Maria Ressa, the woman at the center of my new film A Thousand Cuts, back in 2004. I had just flown into Manila to appear in court because the woman at the center of my very first film, Imelda, former Philippine First Lady Imelda Marcos, was suing my distributor and me for invasion of privacy and sullying her good name. (That’s a story for another day, but suffice it to say, we won that case.) The publicist presented me with a list of interview requests and on the list was Maria Ressa. At the time, Maria was the face of CNN in Asia, so of course I was thrilled. Then someone mentioned that she didn’t like the film and she had questions. I was in the midst of a grueling festival run and stressed about the lawsuit – I was ready to talk about the case, but not litigate the film itself. I turned down the request, because I couldn’t take a grilling from Maria.

Fast forward to June 2018: It’s 14 years later and I’m in Maria’s office at Rappler, the digital news site she built from scratch, asking if I can film her for the next year and half, or at least through the next year’s midterm elections. I had started out intending to make a film about President Duterte’s drug war in the Philippines, but realized quickly that so many other filmmakers were already on the ground making that film. I looked elsewhere, and there was Maria and Rappler questioning the drug war, its legitimacy, and the numbers of victims. In 2016, Maria had already written an article linking Facebook and its algorithms with disinformation and the erosion of democracy. No one else was talking about this at the time. She was now making the connection between the drug war and the weaponization of social media. I also hoped she wouldn’t remember what happened in 2004. “I’ve always wondered why you turned down my request for an interview years go,” I hear from a distance, like we were at opposite ends of a tunnel. “Huh? Oh, oh, … oh yeah, you mean. Yes. I did. Listen, Maria …” “No, it’s all right. I hear you didn’t want to talk about Imelda. It seems like we’ll have time now, for sure. Now, tell me more about this new film …”

A Thousand Cuts is my sixth feature documentary. I’ve made films about first ladies, rock stars, (unlikely) dissidents, mothers and teachers. Each film starts with a gut feeling that I can’t shake, something I can’t seem to turn away from and must explore. In the process of exploring, I find the participants whose stories I will become obsessed with for the next year, or two, or three. I enter their lives at watershed moments: a return from exile, becoming a mother, their transformation into a rock star. I entered and started capturing Maria Ressa’s life as she was steadily becoming a target of President Duterte – she was getting arrested and detained, and at the same time becoming a global icon of press freedom.

The life energy in each of my films is the relationship I eventually form with their main subjects. The end result, the film itself, is an expression of that relationship. In physics, there is what’s known as the “observer effect,” which simply states that the mere act of observing a phenomenon changes the behavior of that phenomenon forever. This principle is foremost in my mind every time I shoot or immerse myself in the lives of the people I film. I am very aware that to be the fly in the wall everyone talks about in observational shooting is paramount. However, inevitably, somewhere during a lengthy production period, I cross that line, because life happens.

This was never truer than when I filmed Maria Ressa. Of all the subjects I’ve trained my camera on intensely, Maria is the one whose lived experience is most closely aligned with mine. We could have been friends in another life, in another reality where I wasn’t filming her. We have opposite but parallel lives. Maria grew up and came of age in the U.S., then right after college left for the Philippines, where she became an adult. I’m the opposite: I grew up in the Philippines, moved to the U.S. as a college freshman and became an adult in this country. We’ve lived complementary lives, both in liminal spaces. We both feel more American when we’re with Filipinos and more Filipino when we’re with Americans. By the time I started filming Maria in 2018, she had been living in Manila and Jakarta for more than 30 years. She started her journalism career with CNN, eventually becoming Bureau Chief in Manila and Jakarta, headed the news division of the biggest network in the Philippines, ABS-CBN, and in 2018 was the CEO of the successful news website she had willed into being, Rappler.

As we discovered this kinship, we would have long exchanges, in person or over text, about a wide variety of topics – love of country, colonialism, nationalism, sacrifice, truth vs. facts, activism vs. journalism. Then something began to happen, quite subtly at first, but then becoming more apparent. Maria, in some of her many public speeches which we filmed, started touching upon subjects that she and I had just discussed in great depth. It was like her speeches became a continuation of our ongoing conversation. This was now the observer effect leveled up. It was both uncomfortable and fascinating for me. For the first time, I thought, should I be in this documentary? I swore to never put myself in my own films. It’s just not my style. Many times, Maria teased me, saying I should be in A Thousand Cuts – the journalist in her would start asking me questions and tell Gabriel Goodenough, my cinematographer, to turn the camera on me. “I see what you’re doing,” I’d say. “This isn’t My Conversations with Maria, Maria.” Deep down, however, I started questioning the validity, the authenticity of what I was capturing. Had she been driving the conversations, or was I the one driving them? Or were we both driving them equally?

As it became more apparent that Maria was in Duterte’s crosshairs – she was arrested twice in five weeks, was detained once, posted bail eight times, and was being called the b-word by the president himself – she would ask me more frequently about my assessment of the situation. Having grown up in the Philippines, I have maintained deep bonds and still have an intricate web of relationships that intersect different sectors of society. I was torn between being the proverbial fly on the wall and giving her information that might help her in her decision-making process. In the end, the friendship won out. But doesn’t it have to? Morally and ethically? It’s just a film, after all.

Back in the mid-2000s, I made a film called The Learning, which followed four Filipino teachers as they left their homes in the Philippines to teach in Baltimore. As we were filming one of the teachers midyear, a fight broke out in the classroom that was unlike any we had witnessed up until then. Fights had been breaking out in classrooms regularly, but they were always contained before anyone got seriously hurt. This time was different, though. The teacher fled the classroom to look for help and my cinematographer and I were left with the dueling students. We looked at each other, she put down the camera, I put down the sound gear and we stopped the fight. There was no question that we had to do it; we were on the same page, because we were the only adults in the room. Of course, it cost us. For months, we had made it a point to ensure the students saw us as separate from the school officials, that we were not part of the system that controlled their lives. After this, we had to earn their trust all over, and in a way, it was never the same again.

Some 15 years later, I still believe intervening was the right thing to do. We serve a purpose as impartial observers, but isn’t it also a human impulse to save someone from getting severely injured or even killed? The observer effect cannot be helped when we film lives unfolding, whether the person we’re following is a journalist in the crosshairs of an authoritarian regime or a student at a high school in Baltimore. I’ve come to embrace it. And I have come to fully appreciate that documentaries are the profound result of our relationship with our subjects.

It’s been a full six months since we wrapped. I’m sitting in my living room in the States, A Thousand Cuts is now playing in virtual cinemas, and Maria is in her condo in Manila, on her 21st week of strict lockdown because of the worldwide pandemic. In June 2020, she was convicted and sentenced to a maximum of six years in prison for cyber libel. It’s where she’s at, right now.

A Thousand Cuts
documentary
film essay
Maria Ressa
Philippines
Ramona S. Diaz
How To Score a Video Game
Jimmy Chamberlin on his New Complex Song, Social Media, and the Future of the Pumpkins 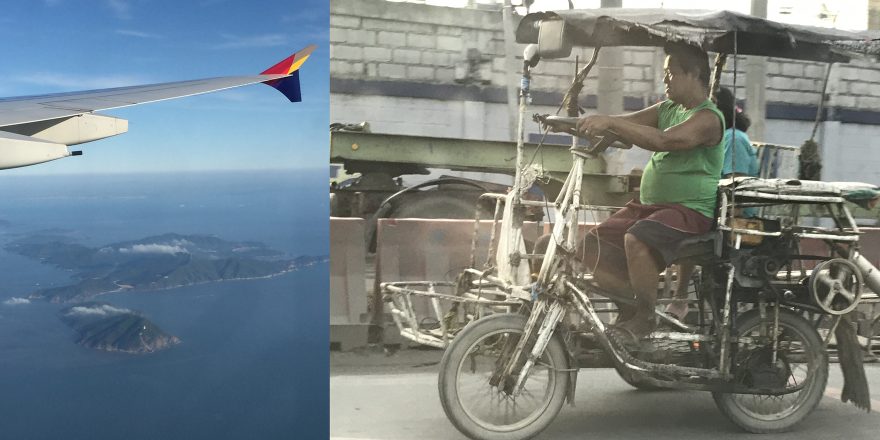 Between Brooklyn and Manila 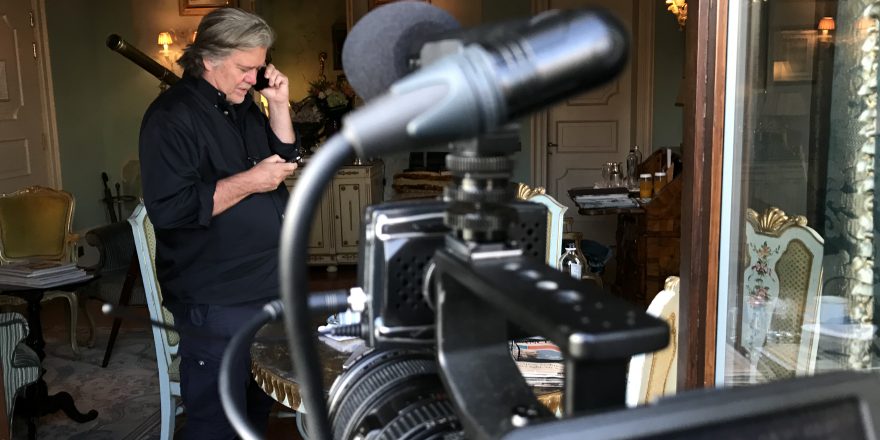