I’m supposed to talk about this Moon Duo record, break it down for you and describe its triumphs and pitfalls like some bone collector at an archeological dig, and all I can say is that I don’t like it at all.

From the first drumbeat on “Wilding,” which sounds like a hook regurgitated from some Kings of Leon number, to the tired, drowned-out, constipated-sounding vocals, this album at best sounds like bad franchised hot box yoga. I don’t care how much the press will cite singer-guitarist Erik “Ripley” Johnson’s membership in Wooden Shjips or compare their sound to Suicide or whatever band you need to compare another band to in order to establish indie cred — OMG, I just vomited in my mouth while I typed that phrase. All I know is that when I hear a masterpiece like Suicide’s “Cheree,” I can taste the girl Alan Vega and Martin Rev are dreaming of. Shadow of the Sun makes me feel like I will never be able to taste anything ever again except for the singer taking a labored crap over a toilet. I’m sure Moon Duo consists of very nice, intelligent people, and hell, they even seem to have a cool collection of distortion pedals. However, none of these qualities justifies making music this watered-down and stale.

This record is ultimately symptomatic of a much larger issue I’ve been sensing with indie/experimental music lately. It seems that somewhere in the history of fancy liberal arts college rock, having feelings and putting them into one’s art stopped being cool. I don’t know when or how this phenomenon happened but it leaves me riddled with so many questions. How does anyone one make music that’s so devoid of human emotion? How does anyone make a psychedelic record that’s absent love and sex? What could be a more mind-bending and transcendent experience than the act of fucking?

Besides the weak delivery in the vocals and lack of sexual energy, the mixes, in general, are fairly decent. The drums, from new member John Jeffrey, are heavy and monotonous. (This inaccurately named group also includes singer-keyboardist Sanae Yamada.) I would say Johnson’s guitar is the only component that prevents the entire record from being a complete failure; some of the lead lines are reminiscent of Jorma Kaukonen when he was in Jefferson Airplane. “Wilding,” “In a Cloud” and “Free the Skull” have some nice guitar-driven moments, but this is not enough to carry a track, let alone a full-length record. I want the compositions to take me somewhere. I want to know the story this band is trying to tell me. I want someone to bite down hard on the lyrics and pull a Damo Suzuki. I want to be given something beyond the sexless nature of this record, its lack of emotions, lack of conviction and poor composition.

Take the song “Night Beat.” Well, no, don’t take “Night Beat,” because it sounds like a horrible aerobics video, complete with high-cut leotards and sweatbands on hypertensed Barbie faces, made even more high-strung by the stringent, thin and perky keyboard. “Free the Skull” sounds promising at first, since it allows for some shifts in dynamic by giving the drums breathing space; I kept yearning to hear something that would make my hips shake. But this drummer doesn’t seem to give a shit if my hips shake or not.

I wanted Moon Duo’s Music to make my stomach sink in a good way, like riding a roller-coaster, watching a horror movie or having great sex. I wanted to feel their shifts and changes in my spine, but all I kept doing when listening to this album was switching to tracks on better albums by other artists. Smoking the weed didn’t help either, it simply made me wonder, “Where’s the soul? And when did the mind become so disconnected from it?”

Maybe it’s time we got to go back to the roots and explore where the dirt comes from. Psychedelic music did not start that time someone decided to trip on acid at the strip mall in rebellion against their puritanical upbringing. It also didn’t start from the time one’s stoner misfit uncle gave them their first Pink Floyd record. It didn’t even start with Timothy Leary. Psychedelic music started in the East. It comes from the same people who brought you the Vedas, the Bhagavad Gita, the Upanishads and, of course, the Kama Sutra. It came out of the tantric chanting of mantras and playing of ragas; in feverish repetitions in which one line could change meanings 15 times, only somehow to navigate its way back to the start. This is not to say you have to be Indian or Hindu to make this kind of music. Psychedelic rock bands started in England and the United States. However, there was a source, a cultural goldmine that these bands were heavily appropriating. In order to really understand psychedelic music, one would have to know brown people, beyond the gas station attendant, the cab driver and the convenience store owner.

Here are some records I’ve been listening to by artists I really like. You may disagree, and that’s cool, but when I hear music of this nature, sung and played with humor and ferocity, it makes me think even less of the middle-of-the-road, whitewashed indie being shoved down my throat.

Ravi Shankar is a pretty obvious first choice. He taught George Harrison how to play sitar. He’s the Sinatra of his medium, the guy that made it all seem palatable and easy. India’s Master Musician (1963) and In London (1964) are great records to start with.

R.D. Burman was the son of famed musical composer S.D Burman. He was one of the first to bring rock and British Invasion influences into Bollywood music in the ’60s and ’70s. His most notable psych song, co-written with Anand Bakshi, is called “Dum Maro Dum,”  which literally translates to “Take a Hit.” It was sung by Asha Bhosle for the 1971 film Hare Rama Hare Krishna. “Piya Tu Ab To Aaja,” from the movie Caravan (1971) and “Jaane Jaan Dhoondta Phir Raha,” from the movie Jawani Diwani (1972) are also songs worth checking out.

Psych-Funk Sa-Re-Ga! Seminar: Aesthetic Expressions of Psychedelic Funk Music in India 1970-1983 is a compilation of various psych-rock bands, mostly from western India, Gujarat and Pune. It’s got a surf quality to the sound and some James Bond-like overtones. Here’s the Black Beats performing the track “The Mod Trade.”

Atomic Forest was a psych band that came out of Mumbai in the ’70s. Their only known recording is the album Obsession ’77, which was reissued in 2012 by Now-Again. The backstory of guitarist Keith Kanga being raised in a brothel by his grandmother is pretty fascinating as well. Here’s a cover of Deep Purple’s “Mary Long” by Atomic Forest.

Those Shocking Shaking Days (Indonesian Hard, Psychedelic, Progressive Rock & Funk 1970-1978), issued by Now-Again in 2011, is a compilation of psych songs from various bands from Indonesia. It’s so badass. Like everything else I’ve mentioned, it is everything Moon Duo is not. To prove my point, here are the opening lines to “Shake Me” by AKA: 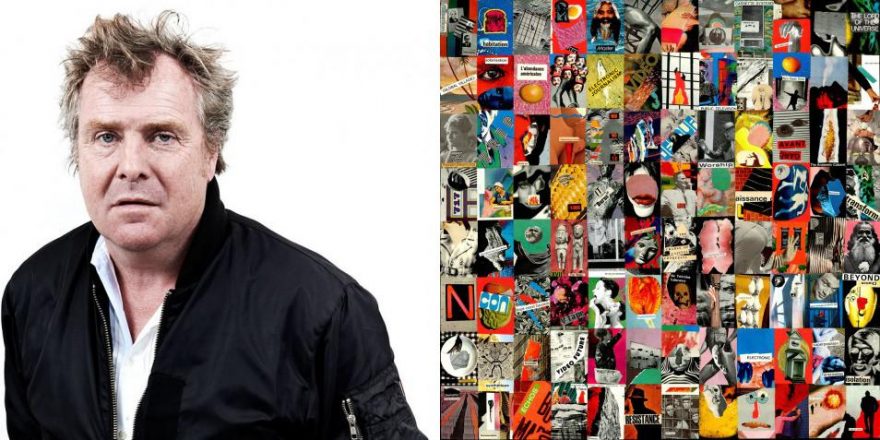