Congratulations! You went on a first date, and it went well! Drinks, good conversation, an easy natural kiss at the end. And now you’re texting because you’ve both decided you like each other enough to go out again! Figuring out a time to hang is never that easy … it might even mean a week night! So you probably won’t want a rager. You’ll want something more chill, but still intimate. You know what this means: order in and watch a movie! It’s the classic second date that could make or break this relationship.

So, I’ve put together the ultimate guide to eight movies that will totally make your date fall for you. Movies that you’ll be talking about for years to come, and sharing with your grandkids. Well, some of them. Also, that is, if you two make it. I’m not an expert, but I have watched these with lovers and can honestly say that this list does cover all of the bases. And hopefully when you watch these, and you’ll cover all the bases too! (I had to go there.)

1. Paranormal Activity (any of them!)
Ah, the classic found-footage horror movie that keeps on giving! Whether or not you’re a fan, this movie shows your date (and potential life partner) that you’re brave, you like a thriller and, most of all, you can handle the horror genre. So many emotions come out of a person when they watch a movie like this, and showing emotion is exactly the move you want to make on this second date. Plus, if you have a checklist of qualities you look for in a partner and “believes in ghosts” is on it, well this is an easy way to find that out! Also, this allows you to make some really great “ghosting’ puns and also to seamlessly let them know that ghosting is the last thing you want to happen here!

2. Chef (2014)
Now this is a movie that no one has ever thought of watching on a second date (or in general?), and that in itself is impressive and will set you apart from the rest! This movie is about Jon Favreau’s character figuring out the next step in his life as a chef after leaving the world of fine dining. Just like you’re figuring out the next steps in your relationship! Cute. First of all, even though you probably are ordering pizza and chicken fingers, this movie shows your date that you know good food. You can share your best tuna tartare experience while watching this movie. That sounds hot, right? (Well, cold, if we’re talking tuna tartare.) Either way, you’re gonna want to share multiple meals together after watching this, and that’s the goal on this date!

3. Love, Actually (2003)
I know what you’re thinking – this is the most normal choice so far, right?! A romcom on a second date is actually playing with fire, but I pick this one because it’s in its own class of “romcoms that people who claim they don’t like romcoms secretly enjoy.” So throw this on and enjoy some romantic stories about other people! It’ll spice up the room and have you both wondering if this is love or just a second date that won’t go anywhere. But more likely than not, you’ll talk about spending Christmas together, and moving to Europe, and holding up poster boards the next time you have a fight. Did this second date just turn into a twelfth? It sure is starting to feel like love, actually. You’re welcome!

4. Blue is the Warmest Color (2013)
This was a well-respected French indie film that was all the rage in 2013. Saying things like “French” or “indie film” will automatically make your date think you’re cultured. Yes, it’s a lesbian love story, but it’s also hot and heavy in the sex department. Sex is going to be a part of this relationship, even if you’re only on date two. So I propose watching it to see if they can handle 20 minutes of sex scenes, without getting weird or uncomfortable. This will totally make you both wonder how long you will do it together and if it’s anything like the women in this film, then it’s gonna be a warm night of snuggling. The warmest, maybe.

5. The Human Centipede (2009)
This movie exists for one reason in my book: to test your refluxes. It’s one of the grossest concepts for a film, and that’s why it has made the list. It’s a movie about a man who connects human bodies by their digestive system. This means a giant centipede-like creature made of people who feed off of each other’s poop, mouth to butthole. If you’re starting a relationship with the person you’re watching this with, nothing will be off limits from here on out! One day, you’ll eventually share a bathroom, and things will happen in front of each other. But I can guarantee that nothing will be as severe as the scenes in this movie, so let this movie do the heavy lifting for you! Farts will be background noise, shitting in front of each other will seem like a kosher activity. This movie is challenging, but it’ll put you way ahead of the game in terms of a serious relationship! One tip: Eat your dinner before you press play on this one.

6. Schindler’s List (1994)
Uh oh, you didn’t think I’d go there, but yeah, I did. Yes, this is a movie about the holocaust, but it’s also a classic Spielberg film and one of those movies that when asked if you’ve seen it and you say no, the reaction is, “No. Way! You haven’t seen this?” This is a heavy movie, and it’s awfully sad. But I do believe that watching horrific tragedy movies actually makes you appreciate the person right in front of you. The world is scary, and you need to hold someone’s hand. What do ya know? Someone’s hand is right in front of you! See? It worked. *Please note, I’m not using the Holocaust to get you laid. I’m not a monster – I’m Jewish, actually! I’m using a brilliant movie that makes you feel something as a means to connect with someone who you’re lucky enough to be with on this date! The only list you’ll be making is of your future kids’ names.

7. Shutter Island (2010)
Ever get stuck on an island with someone? Well, you’re basically choreographing it now! This movie is often forgotten, but it has it all – a thrilling plot, it takes place on an island, and Leonardo DiCaprio. This movie will spark the important second date question: If you were stranded on an island, what would you bring to survive? Obviously you’ll list some important things like your dog, your favorite book, your wallet, etc., but what a bold move to say “you” to the person you’re talking to! This movie is hot and scary, which describes a second date night in to watch a movie on the couch. It’s the perfect choice!

8. Step Brothers (2008)
This movie is one of the greatest comedies of the 2000s and it deserves to be seen on any date, whether second or 27th. True story? I dated someone for almost eight years and we watched Step Brothers every night for two years as we fell asleep. Maybe that’s why we broke up, or maybe that was the heyday of our relationship! You need a good comedy you can both rely on. Plus, this movie will encourage you to discuss who you love more: Will Ferrell or John C. Reilly?! Then you’ll question each other if either of you sleepwalk … and before you know it, you’ll be planning your sleepover to find out! It’s the comedy that will confuse your friends up until your wedding day, when they watch you and your partner passionately dance to your wedding song, “Por ti Volaré” (sung by Will Ferrell, of course).

Anna Roisman
Anna Roisman
Anna Roisman is a comedian, host, writer and actor in NYC. Anna is known for hosting HQ Trivia and HQ Words on the Emmy-Nominated app. She is a regular comedian on the Buzzfeed series, “Did You See This?” Anna’s work has been featured in the Tribeca Film Festival, New York TV Festival, Just For Laughs in Montreal, People magazine, New York Times, Los Angeles Times, Vulture, Huffington Post, Funny Or Die, Elite Daily, and more. She is the creator and host of the podcast Unemployed With Anna Roisman, and co-producer and host of Quickie Fest: The One Minute Movie Festival in NYC. She writes a bad movie column called “Am I The Only One Who Loves…” for Talkhouse. She also likes good movies too! Anna performs standup comedy and sings all over. For comedy videos, reels, and press, check out AnnaRoisman.com.
Anna Roisman
comedy
dating
film essay
Introducing: Skating Polly’s “Classless Act”
Young Guv Talks Making a Rock & Roll Album in 2019 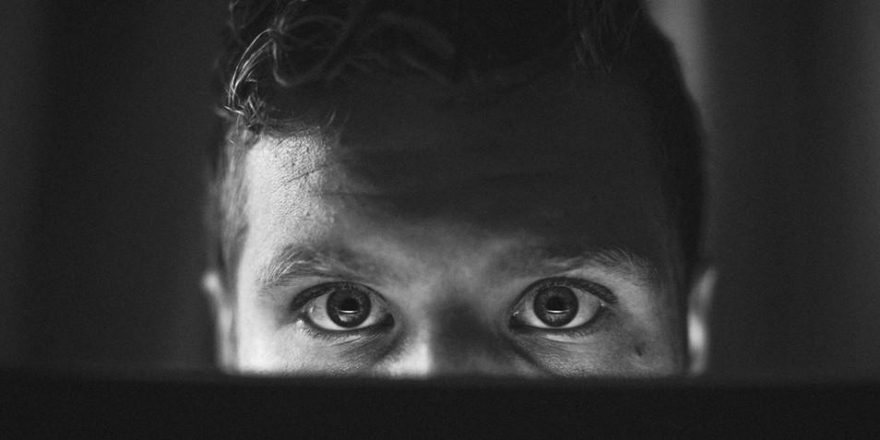 “It Got One Star, for the Cat”: Filmmakers Choose More of Their Favorite Negative User Reviews