I started writing songs about sex because I could not for the life of me understand why anyone would do it. This was when I was a teen — and a straightedge abstainer — and although I was supportive of and fascinated by my friends’ sexual explorations, a beautiful human face had never caused me to swoon or launch ships or take off my pants. But I was drawn to pop cultural representations of sex, which were campy, outrageous, lighthearted, beautiful, vulgar and not at all as nuanced and potentially disastrous as real human coupling. Writing through sexual themes was a way for me to grapple with my identity and my confusion as a relative outsider to sexual attraction; I still feel like one, and I still write about sex for this reason.

So it’s interesting to me that Miguel Pimentel — the songwriter, performer and producer behind Wildheart, possibly this year’s most overtly libidinous album — grew up in a devoutly religious family, and even preached until college. “I wasn’t going to parties, I wasn’t drinking, I wasn’t smoking, I definitely wasn’t smoking weed, I wasn’t having sex. Late bloomer. Really late bloomer,” he told The Guardian this October. Wildheart is weighed heavy with self-aware promiscuity and pornographic dreaminess. There’s a polarity to Miguel’s lyrical goals; he willingly participates in but also satirizes the commercially iconic sexuality imposed on those artists deemed R&B (see: D’Angelo, D’Angelo’s abs). Throughout the album, Miguel joyfully brings his partner to multi-orgasmic peaks — and then declares, “We should make you pay for this” (in “N.W.A.”) and “Love me for a profit” (in “Deal”). Could this duality suggest that late-blooming Miguel — a self-styled sex icon — is learning all this carnal stuff as he goes along, too?

What’s so unusual about Miguel’s take on erotic lyricism — and what makes it compelling — is that it is so atypically wide in scope. It’s not all braggadocio, which is a prevailing landing note for kink-centric pop, although there are moments of unabashed pride and confidence. “N.W.A.” describes a “fuck-crazy” sexual encounter so forceful that Miguel’s partner winds up “walking with a gangsta lean.” Wildheart also has its raw moments — such as “Leaves,” a snippet of power chord balladry co-written with Billy Corgan and filled with mournful regret — but Miguel doesn’t spend too much time on vulnerability, either. He’s a generous lover, as he makes clear over propulsive woodblocks on the MJ-styled, blown-out, call-and-response chorus of “Waves,” in which he wants to bring his partner to climax (and climax and climax) in an all-night fux-sesh: “Don’t stop, I wanna ride that wave/All night, I’m gonna ride that wave.”

The confusing and complicated mass of emotions that comes gift-wrapped with an active sex life is best embodied by the two-song stretch of “The Valley” and “Coffee.” The former, comprising sluggish, panning synths that ascend and descend to the heartbeat pulse of an echoed, clipping drum machine, musically emulates what sweaty, exploratory sex feels like. Drums, keyboards and harmonies (at one point, I count ten distinct vocal layers) cut in and out, following Miguel’s lead vocal cues. Lyrically, he puts himself in control, too. He dubs himself “master” and commands his partner to “obey” the shots he calls in the bedroom. The chorus features a repetition of this NSFW but oh-so-catchy mantra: “lips, tits, clit, slit.” It focuses on power play between a couple that is either filming pornography or roleplaying a shoot. Miguel wants to treat his partner violently, but also labels himself “pope,” “pastor” and “healer,” adding a transcendent, loving element to an otherwise abrasive BDSM to-do list. How John Donne of you, Miguel.

It’s followed by “Coffee,” the record’s clearest hit, and the most straightforward R&B ode on an album that’s really more rock-oriented, with songs often replete with myriad psych-rock guitar layers. “Coffee” is all drum loops and Miguel’s poetic yearnings; laser-like textural pulses don’t occupy more of a place than layered background drones. Here he details the comforts of long-term intimacy, with coffee serving as metaphor for sweet morning romance: energizing, soothing, routine, hot. It’s an emotionally resonant song, and perhaps it was easier to write since Miguel’s been in a decade-long relationship himself.

It is obviously hard to explore a vast topic like sexuality in a three-minute song. Is that why Miguel chose to dedicate so much of his sophomore album to the subject — to give his muse a more well-rounded portrayal? These songs aren’t consistent sonically, and seem to delight in playing bait-and-switch. Miguel ushers in sections unrelated to their predecessors in terms of instrumentation and feel; his songs stretch the limits of what one track should be able to accommodate. This doesn’t always serve the concision of his writing, but it allows him to joyfully explore every stylistic corner he wants to pursue — much like the marathon bodily exploration about which he croons. On “…Goingtohell,” a West Coast whistle introduction is jarringly replaced by fuzzy, overdriven guitars tapping and riffing over four-on-the-floor kick drum. Later, the two styles are overlaid. “Flesh” lays otherworldly reverb and decadent swirls of decay over a lead vocal that descends from soulful falsetto to visceral rock grunts. “N.W.A.” pairs spaghetti-western guitars with a verse from rapper Kurupt. And “Deal” moves all over the place with ’80s synth arpeggios, tempo changes, grooving bass, reversed backing vocals and a hellish tape slowdown at the outro. Wildheart flips through the musical Kama Sutra, changing positions at will.

“What’s Normal Anyway” serves as a mission statement to describe this shape-shifting impetus. Following a “too [x] for [y] format” — “too proper for the black kids,” “too broke for the rich kids” and “too immoral for the Christians” — Miguel advises his listeners, “Don’t let them change you, just be who you are.” Rather than binding his songs into a single genre or a prescribed set of sound-alike influences, Miguel succeeds in wrangling a panorama of sounds into a downright strange-sounding album — one that, thanks to his ease with hooks, is also undeniably pop.

What’s consistent, however, is that unerring focus on sexuality, whether Miguel is working in soul or rock or pop or r&b or funk or all five in the same track. He asked City Pages in August, “Why is it when people think of r&b, they categorize it or stereotype it as being overly sexual and always about love –- what genre isn’t?! What genre doesn’t talk about sex and love?” Certainly, Miguel has proven a willingness to explore, in depth, human love in its many forms across a bounty of styles. That’s exactly how he wound up with Wildheart, a musical portrayal of intimacy that expertly parallels the stylistic shifts and complexities of sexuality itself. 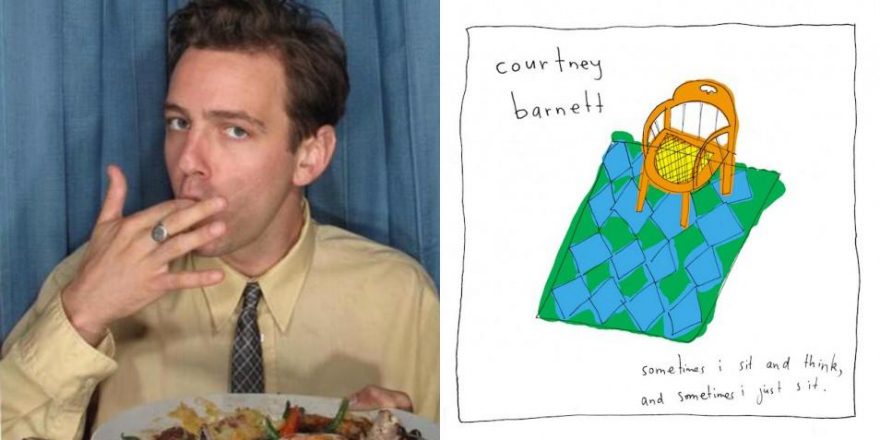