Over the festive break, Talkhouse Film is revisiting some of its favorite pieces of the past year, including this one. Happy holidays! – N.D.

The best movie I saw in 2020 was a video game from 2015 called The Witcher 3: Wild Hunt. It’s probably dangerous for me to categorize a video game as a movie here, and I’m sure someone out there will find a way to leave me a mean Letterboxd review because of it, but it has been difficult for me to separate my experience within the game from the cinematic experience and elements of making a movie.

It is important that I first take a moment to explain the mythology and premise of the game; I’m going to try to keep this short as not to distract from the point I’m trying to make here. The Witcher 3 is an action role-playing game in an open world setting with a third-person perspective. The game is set in the late 1200s within a fantasy world called the Continent, which is contained within parallel dimensions and extra-dimensional worlds. Many different creatures co-exist on the Continent, including humans, elves, dwarves and, most importantly, monsters. The main character – and who we experience the game through – is Geralt of Rivia. Geralt is a “Witcher” – a mutated monster hunter who, as a child, underwent rigorous training in monster-hunting and magic, as well as received superhuman strength and abilities due to a controversial process of subjecting young boys to a painful biological treatment using “mutagens.” In The Witcher 3, there is a war happening in the Continent and Geralt’s adopted daughter goes missing. You may have seen or heard about the Netflix show based on the story and characters, which is phenomenal and completely incomprehensible to those who have never played the game. Anyway.

For the record, I love Geralt of Rivia. I am completely enamored by him. He is a large, muscular, stoic man with long white hair and covered in battle scars. He has a low, gravelly voice, piercing yellow eyes and all the ladies love him. It has been a thrilling experience on many levels being able to digitally possess a body that is, quite frankly, the exact opposite of mine.* As for Geralt’s disposition, well, that was up to me. He is sensitive and strong and kind – but only because I made him that way. Though Witchers are commonly known to lack emotion and compassion, the player ultimately gets to decide Geralt’s personality through the decisions they make and the conversations they have. He can be either cruel and vindictive, apathetic, or kind and generous.

I know close to nothing about video games and a little bit more about movies. I am not a gamer, but I am a filmmaker. In my films, I explore and draw inspiration from true stories. I take real things and apply a made-up narrative to them in an effort to digest and process sometimes difficult subjects. Some people call it hybrid-documentary, or docu-fiction. For me, it’s simply the best way I know how to tell a story. My first feature film, Crestone, was released online this month. It was just me as director and soundperson, Corey Hughes as the D.P., and some of my old high-school friends as the cast, alone in the desert of Crestone, Colorado. It’s a movie about friendship, the internet, and the often fine line between performing ourselves and being ourselves. It is a movie that has its digital toes dipped in both the real and the written, and is slightly suspended in time.

In The Witcher 3, I found this hybrid storytelling approach replicated, in a way. When I play the game, I am the protagonist and my decisions and actions directly affect the narrative of the game. When I made Crestone, my decisions and actions obviously also directly affected the narrative. However, uniquely there are moments in both The Witcher 3 and Crestone when I am not always directing a written story. Instead, I am experiencing the story in real time from a place of my own physical realness. By replicating my specific filmmaking process from the inside of Geralt, the digital opposite of me, I have learned an important lesson as both a director and a storyteller.

I first became aware of this unlikely parallel experience while I was watching the TV show with my boyfriend one evening. He asked me to explain what was happening on screen because he had never played the game and, as I mentioned before, it was completely incomprehensible to him. I said something along the lines of, “Well, I went back to Velen to find Ciri … Oh, my God … I mean, Geralt went back to Velen….not me.” Yes, I had just referred to a fictional protagonist in the first person … A digital Freudian slip? Yeah, maybe. What does this mean, though? Was it because I just really liked the story? The character? An identity crisis? A lack of socialization during a global pandemic? Or was my experience within the game actually bleeding over into my real life?

The next day, after the slip, I was playing the game using a different mindset: Geralt of Rivia, was, in fact, a mirror of my real life because he is as honest and vulnerable as I let him be. The decisions I make in the game are an extension of my own ego, sensibility and moral compass. I am spinning a narrative as the game progresses, with the help of some pretty sly programmers and lots of AI. I became very aware of the space the game was creating for me and its generosity. Perhaps I would have the same experience with any similar sandbox-style games, but I felt particularly susceptible to this one because this generosity within its careful and attentive visual design, deeply complex characters and expansive plotline. And, though I found it largely flawless and visually abundant, when I did find a glitch (artifacting of a wild dog floating though the crowded streets of a village, or my horse resting precariously on the side of a cliff, defying any kind of known physics, patiently waiting for me to return), the flaws seemed to be another mirror of real life, like a deja-vu moment or finding someone familiar in a stranger’s face.

When I am Geralt, I have a somewhat “bird’s eye view” of my own actions – an out-of-body experience, maybe. Within the game, my actions have direct, immediate and sometimes violent and deadly consequences. But because I am actually a carbon person living a life outside of a Nintendo Switch, I have time and space between the digital and physical to scrutinize my decisions and actions within the game. If I don’t like the outcome of a decision I made, I can just load an earlier auto-saved version of the game and make the right decision the second go-around. Rather than rushing to save the next victim who is in immediate danger from the next monster, I can choose to ride leisurely on horseback through the forest, stopping to watch the light change, meditate, and collect herbs along the way. I know that time only passes within the game at the pace I decide for it to. The monster won’t actually try to kill the victim until I am ready to trigger that part of plotline. There is space between my physical body and my new digital body that allows more time to enjoy the generosity of the game and for reflection. Though this digital decadence of space and time is mostly impossible in my real, carbon-based life, I still find this process inspiring. I am learning a lot from those extra moments of in-game reflection, and have found that it has made its way into my filmmaking. I have begun to seek out quiet moments and carve out more space to enjoy the process, or allow time to hold myself accountable for my actions and decisions.

When we were shooting Crestone, we didn’t have this luxury of space and time. We shot the entire film in eight days. There wasn’t the time needed for reflection that I found within The Witcher 3. I didn’t have the ability to “program” the shoot that way. It wasn’t until the editing process that I had the time to reflect on what had really transpired over those eight days. I wasn’t totally aware of how shooting the film had manipulated our friendships and had made them deeper. Or I hadn’t realized that the threat of a wildfire in the distance had created a nuanced tension and its own narrative. I didn’t see then how much the landscape of Crestone had become such a dominant character. It was a very special discovery when I was at home, reviewing the footage, shaping the film’s structure, when I uncovered these hidden elements of making the movie. It was a long editing process. But, because of it, I was able to extract those nuances in the footage. Much like Geralt of Rivia meditating between battles, I created space for Crestone, enjoyed filmmaking’s hidden generosities, and was greatly rewarded for it.

*I could write another 1,500 words on how helpful the game’s use of gender norms has been in terms of exploring my own femininity. This is primarily due to the game’s need for me to assume the body of a male in order to play the game at all. However, I don’t have the bandwidth to write about being a woman at the moment, so we can save that topic for my future think-piece on The Witcher 4.

Crestone
film essay
Marnie Ellen Hertzler
The Witcher 3: Wild Hunt
video games
Best of 2021: Editrix Gives Us the Rundown on All Their Favorites
Revisited: 9½ Weeks, Fatal Attraction and Me 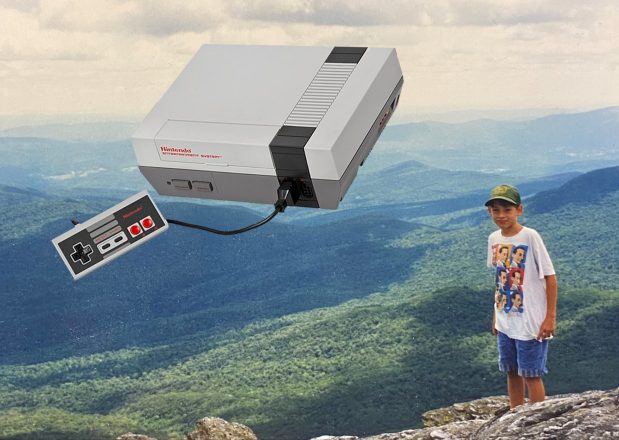 Dr. Mario or: How I Learned to Love Video Games Again and Accidentally Made One 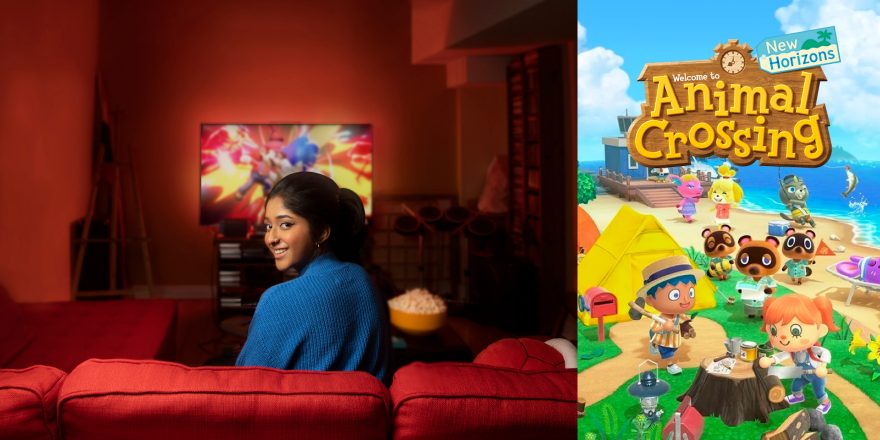 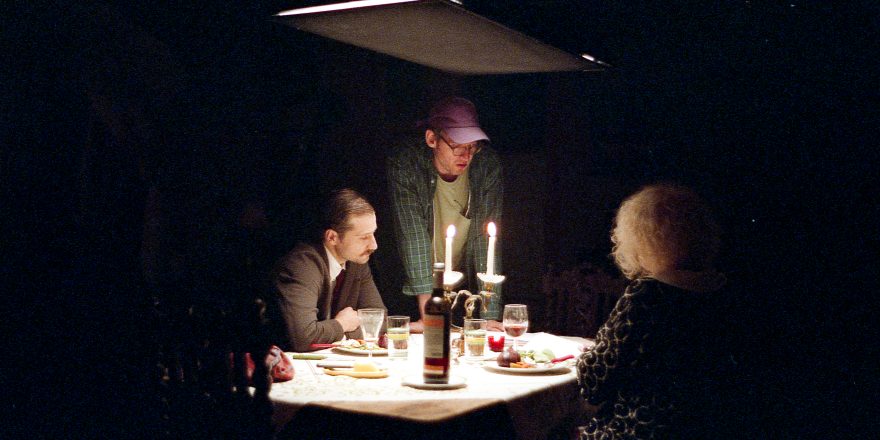 The Long Road to Strawberry Mansion