Ash Mayfair was born in Vietnam and educated in the UK and the US. She received a BA from Oxford University for English Literature, trained at the Royal Academy of Dramatic Arts in London for theatre directing and received an MFA in filmmaking at NYU Tisch School of the Arts. Her first feature, The Third Wife, is in select theaters through Film Movement from May 17. The film premiered at the Toronto International Film Festival, where it won the NETPAC Jury Award, and also won awards at the San Sebastian, Milano, Chicago, Minsk, Kolkata and Cairo film festivals. Ash is working on her second feature, tentatively titled Skin of Youth, about an all-consuming love story between a transgender singer and a dog-cage fighter set in 1990s Saigon, Vietnam.

In eighth grade, I kissed a girl.

It was not just a peck on the lips. It was a proper French kiss. I had watched enough bootleg foreign DVDs at this point in my life to know the difference. Her name was Phuong and she was in my class at Nguyen Du middle school, a prestigious target school for youngsters in Saigon. We snuck out of class during lunch time and wandered the nearby alleys teeming with makeshift food stalls. Within the swirl of the city’s deafening traffic, Phuong and I never attracted even a glance. The broken pavement was our haven. The first time, she tasted sharp, like green mangoes.

We were covert. We pretended that nothing was going on for the better part of a year. At the weekends, we sometimes arranged to see each other at various karaoke joints with our friends who would leave us alone if we wished to stay in a corner by ourselves. Then I grew bold. I started to hold her hand at school. Every Monday morning during the salute of the flag, whilst others were singing the national anthem, I was watching the sunlight tickling the nape of her dewy neck. I wanted more, but Phuong was nervous. She did not want people to know. This annoyed me, especially when she began to receive letters from boys in the upper grades. 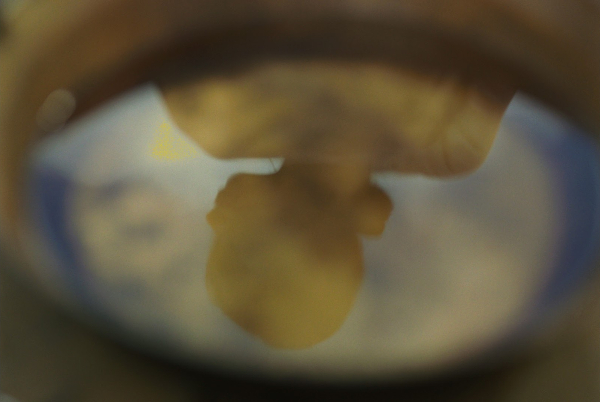 We were not aware that our little indiscretions here and there had rippled out beyond our close circle of friends. One day out of the blue, the head teacher of our class pulled me aside. She told me to stop acting “unnaturally.” I bit my tongue and tasted metal. She warned me that there would be consequences. The next Monday, the principal of our school named us personally in front of the entire student body during the salutation ceremony. Our close friends were also identified as conspirators. I watched Phuong turn to stone. Thirteen years old and we were already the prime example of moral corruption. The next few days when I hugged her, she winced and did not return my embrace. Her father was known for his tough hands. I knew the bruises on her skin would fade long before the shadows in her heart could disappear.

I still remember his name. We were all drinking vodka and I blacked out in a friend’s room. The last thing I remembered was me trying to push him away as he stuffed his fingers down my underwear. I woke up with a bruised lips and blood on my chin. I had gone back to my own dormitory somehow. My friends managed to help me avoid the wrath of our boarding-school mistress that night. Mrs. Morris (not her real name) was a formidable woman with a silver bun who was positively Dickensian. She was not unkind, but I could not tell her about the mysterious aches and pain that came from my groin and stomach. My friends told me to just forget about it. People would chastise me for going to the boys’ dormitory. We would just get blamed, my best friend said.

I looked for him the next day, but he was missing from class for nearly a week. When he returned, half of the mole on his upper lip had been scratched off. I was pleased. I knew I put up a good fight. For the final two years of high school, I placed myself in the top rank of every single achievement board. I smiled sweetly to all the teachers and aced all my tests. But at night, I became a terror who vandalized Concord Grammar, the tiny boarding school in the peaceful town of Shrewsbury, England. There was a remnant of a ruined wall from an ancient castle left in the school ground. I filled reams of paper with stories sitting behind this wall. Sometimes the cool kids would share a cigarette with me and I would read them my writing. They all complained that my stories never had any ending. I was never in a hurry to prove them wrong. The day of graduation, I wore my thigh-high platform leather boots. The boy with the half-mole became several inches shorter than me. His parents came all the way from Malaysia to celebrate their pride and joy. He shrunk in his oversized blazer as they fussed with his hair. 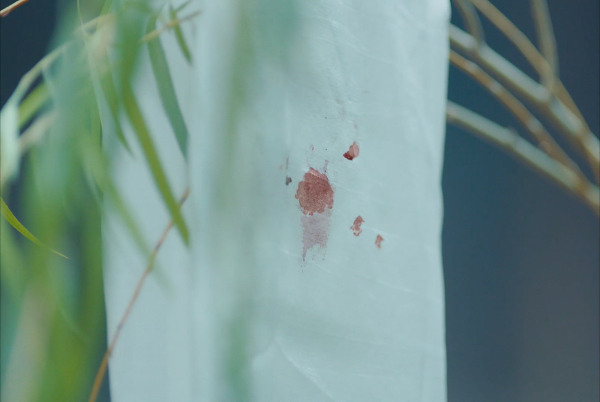 The final year of film school, my ex-husband contemplated suicide.

We joked about the efficiency of the car-in-garage operation versus the oven. I objected to having to take care of the dogs on my own in the supposed aftermath. My ex-husband was a considerate man; he did not want to jump in front of a train. That would be too messy, too brutal for all those strangers whose daily commute would get delayed. Christopher Nolan’s Inception was more relevant to our marriage than anything we saw by Ingmar Bergman. Shades of darkness were around us, but at times they were also our mantles of comfort. We broke the news of our divorce to our parents when we received an invitation to his best friend’s wedding in England. We decided that my ex-husband would go to the wedding alone whilst I stayed in New York, and he would not come back afterwards. I drove him to the airport. He was kind enough to leave all my favorite books and movies, only taking with him a light suitcase. Two weeks after he left, I sat down and began my screenplay.

Six years later, I stood in front of an audience for a Q&A. My first feature, The Third Wife, had finally completed its arduous journey from script to screen. The usual questions came up. Where did you get your inspiration? What was your creative process? Why did you decide to make this film? I struggled to give specific answers to generality. I wondered if other directors also thought about cooking their dinner during Q&As. I stood in the spotlight because I had shared the thread of sadness that connected me with the entire fabric of human emotions. Yet I was painfully aware that nothing I had experienced was unique. The compassion of strangers is a drink concocted from sorrow and I can only take small sips each time. My stories are the sugar to the bitter draught. An old lady asked me to explain the final scene of the film. Her face was cocooned in shadow and I could not see anything but a quiet silhouette backlit by the theater’s powerful lights.

Perhaps what I write will never have a conclusive ending. Nevertheless, it has the utterly naked, deepest, most vulnerable parts of me.

I can live with that.

Ash Mayfair was born in Vietnam and educated in the UK and the US. She received a BA from Oxford University for English Literature, trained at the Royal Academy of Dramatic Arts in London for theatre directing and received an MFA in filmmaking at NYU Tisch School of the Arts. Her first feature, The Third Wife, is in select theaters through Film Movement from May 17. The film premiered at the Toronto International Film Festival, where it won the NETPAC Jury Award, and also won awards at the San Sebastian, Milano, Chicago, Minsk, Kolkata and Cairo film festivals. Ash is working on her second feature, tentatively titled Skin of Youth, about an all-consuming love story between a transgender singer and a dog-cage fighter set in 1990s Saigon, Vietnam. 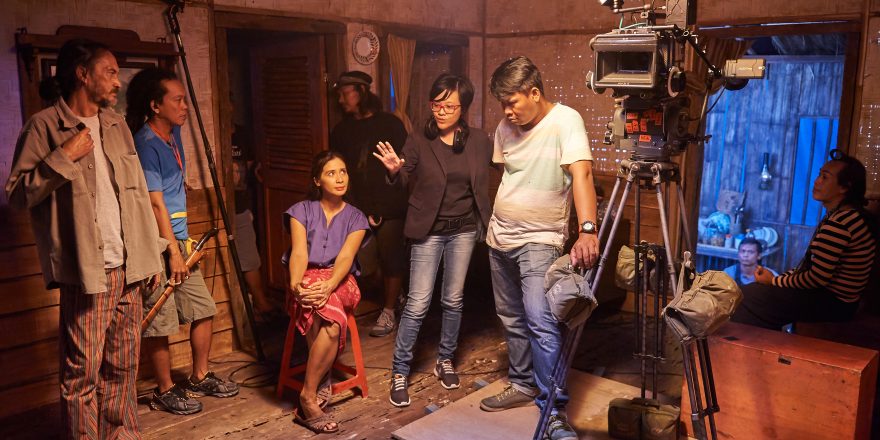 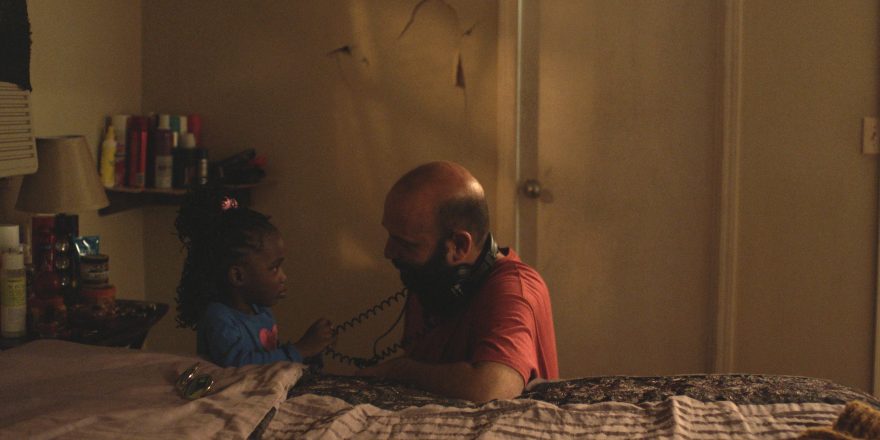