When I listen to “Promethean Heat,” I think of how a dream feels when it’s happening. The opening bass line sounds like an insane ride on the back of a giant hungry snake through a dark forest that is somehow also the desert from Beetlejuice. You’re quickly heading deeper into an unknown territory and, just as it starts to feel familiar, you realize you’re not on a snake anymore — you’re sitting in a motorcycle sidecar. You look over your left shoulder and notice that Prince is driving. You and Prince pull up to the chorus, where a trio of witches appear out of nowhere chanting a dissonant chord. “Tell no one,” Prince sings to you. What is happening? The song somehow feels so comfortable and familiar but also insanely impossible, like Igor Stravinsky and Trent Reznor arguing about a call in last night’s basketball game at a company BBQ.

Hamilton Ulmer, the singer and producer behind Makeunder, often bakes sonic contradictions like these into his songs. That’s fine by me — I’ve always been attracted to music that contradicts itself; music that is somehow complicated and simple at the same time, dissonant and consonant, loud and soft, sparse and dense. I love songs that immediately get stuck in your head, but upon each additional listen reveal new parts and textures that you could swear you’re hearing for the first time.  Maybe it’s a reflection of how strange life is these days. Or it could just be the same gravitational pull that leads someone to order chicken and waffles for breakfast.

When I work on complicated music, it’s been crucial for me to bring in friends as “co-producers” to provide the fresh ears I lack. Hamilton and I had been fans of each other’s music for a while, but hadn’t met until we ran into each other at a mutual friend’s show in Oakland a few years back, and not long after that we began a musical friendship when I did a remix of one of his previous tracks, “What a Lovely Bandsaw!” One afternoon, as we were catching up over lunch (biscuits and gravy), I heard him talk about his ongoing process with his next album, and realized that I might offer him help from the other side for a change.

So the next Sunday he came to my studio in downtown Oakland with a sketch of “Promethean Heat,” and we dimmed the lights to make a relaxing environment where we could both feel comfortable throwing out ideas and trying out new sounds, creating a calm place to work on this wild song. The thing that stood out to me immediately was Hamilton’s ability to hear everything in his head before recording it. Although I’ve sometimes had that experience, I more often noodle around until I come up with something cool-sounding. (I was fishing; Hamilton was ordering miso-glazed salmon at a high-end restaurant.) I soon realized that he had scores of musical ideas coming to him every second; he didn’t need ideas, he needed a conduit to turn his imagination into a bass line as tall as Godzilla himself. I had recently gotten a new distortion pedal, and thought a little bit of fuzz could go a long way to help him achieve the tone he was chasing. I overdubbed the bass, then decided to play a synth on top to fatten it up even more: an old Yamaha DX7 to provide the beef.

After a few hours of recording and chatting we realized that we were actually finished with tracking. The process was as relaxed and enjoyable as our previous lunch date. I think we were both excited to be speaking the same musical language, seeking that perfect balance of bitter and sweet, searching for that perfect but improbable flavor. 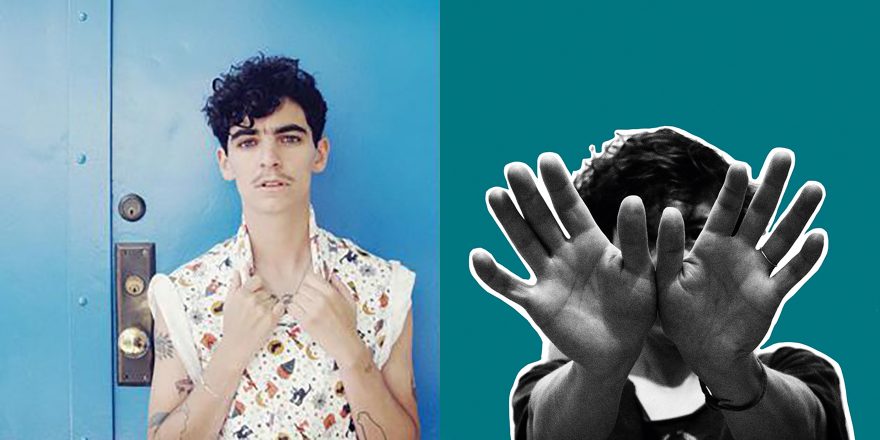