A director and screenwriter, Kaouther Ben Hania was born in Sidi Bouzid, Tunisia. She made her narrative feature debut in 2014 with Challat of Tunis, which was selected in the ACID program at the Cannes Film Festival, and has also made the feature documentaries Imams Go to the School (2010) and Zainab Hates the Snow (2016). Her second fiction feature, Beauty and the Dogs, is released in select theaters by Oscilloscope Films from March 23, and she is currently filming her third documentary entitled Olfa and Her Daughters and developing her next fiction feature, The Man Who Sold His Skin. (Image by Abdel Belhadi.)

My latest movie, Beauty and the Dogs, is based on the true story of a rape in Tunisia. To even approach telling the incredibly delicate story that lies at the heart of the film, I had to draw on previous experience as a non-fiction director. Though I took many liberties in the screenplay with the events and characters and Beauty and the Dogs is a fictional narrative, it is derived from real events and I wanted to pay tribute to the courageous woman at the center of it all. My background in making documentaries gave me an understanding of how to portray what is real in nuanced ways.

I decided that the film would be composed of 10 long shots or fewer. Originally in the script, I had planned the film for exactly 10 shots, but we threw one shot away during the editing process because it did not feature our protagonist, Mariam, and in the end it became obvious that it just did not fit with what we were doing. So, the film is nine long shots.

I chose a structure like this so viewers could become immersed in the story, in real time. I wanted to give the audience an experience where they would leave with perhaps a better understanding of what it is like to try to make your voice heard. To be stuck in a nightmare situation. We follow Mariam as she tries to wake people up to what has happened to her, but everyone she encounters treats her as just another part of their job, rather than as a human being. Throughout the film, Mariam is fighting for herself since she was abused by individuals who hold the power and instruct others on how they should behave. But then she is also striking out against the normalization of evil, which I think happens in all cultures. I wanted to try to make the audience feel just a fraction of the frustration and anguish she was going through, and I thought the best way to get at that was to use long shots.

By using this long shot structure, we realized we could really draw out the tension in effective ways. But there were many considerations we were forced to take into account at the start of production. We had to rehearse the scenes many, many times so that we could pull this off. The actors and the camera had to move well together, almost like a dance. As we rehearsed and rehearsed, I grew concerned about the stamina of the actors. I did not want to exhaust them before we actually shot the scenes, but I wanted to make sure we were all working together in the most optimal way. I worried that they would start to play their roles in ways that would lose the emotion, ways that felt less immediate and raw.

Shooting these long takes was like a domino game – if one of the pieces moved, the whole thing would fall apart. So all the actors and the crew had to maintain an incredibly high level of concentration and adrenaline in order to make it to the end of the 12- or 14-minute take. It became pretty intense at times. I remember one of the extras in the first scene was dancing and she touched the camera just enough to be a problem, so I shouted, “Cut!” This made all the extras and the crew stare at her and she couldn’t stop apologizing. I think all of us were feeling the pressure.

But I found in the end that we were lucky to have so many rehearsals because that process allowed for the actors to have a great deal of material and experience to work with when we did finally shoot the scenes. The actors were able to investigate their characters more deeply and give great performances because of all that they had to draw upon. We were able to try out a number of different facial expressions and emotions.

I am relieved that Beauty and the Dogs came out the way it did because it forces audiences to confront many issues that I am afraid are pretty universal at this point. When the film was released in Europe and in Tunisia, it was around the same time as the news about Harvey Weinstein was breaking, and it showed that, whether it was a policeman in Tunisia or one of the biggest producers of Hollywood, all over the world men who are in a position to wield power are unfortunately using it to abuse and intimidate. This mechanism is pervasive. Women’s voices are now starting to be heard, and young people are speaking out against corruption and the misuse of power, but there is a long way to go.

A director and screenwriter, Kaouther Ben Hania was born in Sidi Bouzid, Tunisia. She made her narrative feature debut in 2014 with Challat of Tunis, which was selected in the ACID program at the Cannes Film Festival, and has also made the feature documentaries Imams Go to the School (2010) and Zainab Hates the Snow (2016). Her second fiction feature, Beauty and the Dogs, is released in select theaters by Oscilloscope Films from March 23, and she is currently filming her third documentary entitled Olfa and Her Daughters and developing her next fiction feature, The Man Who Sold His Skin. (Image by Abdel Belhadi.) 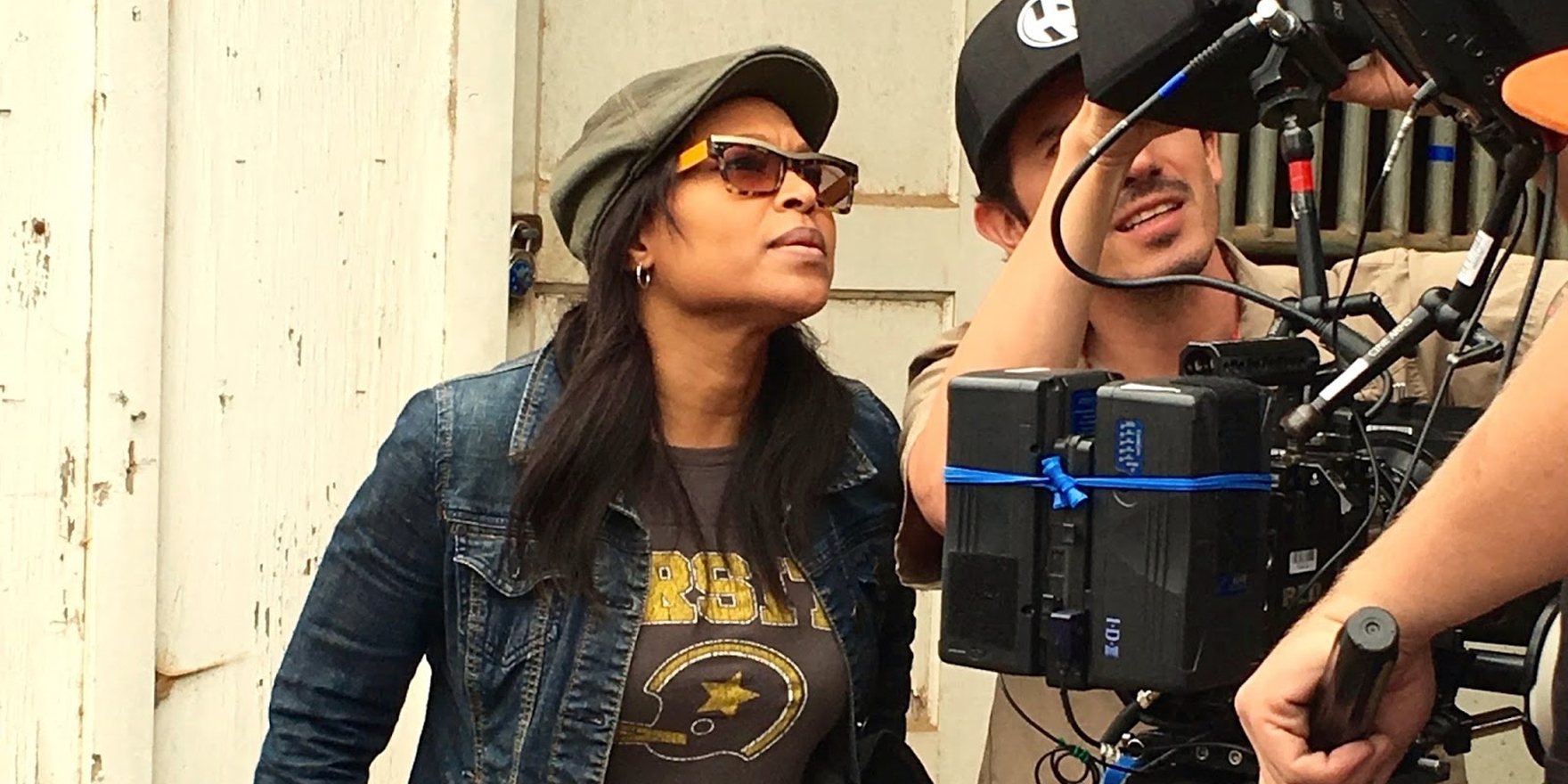 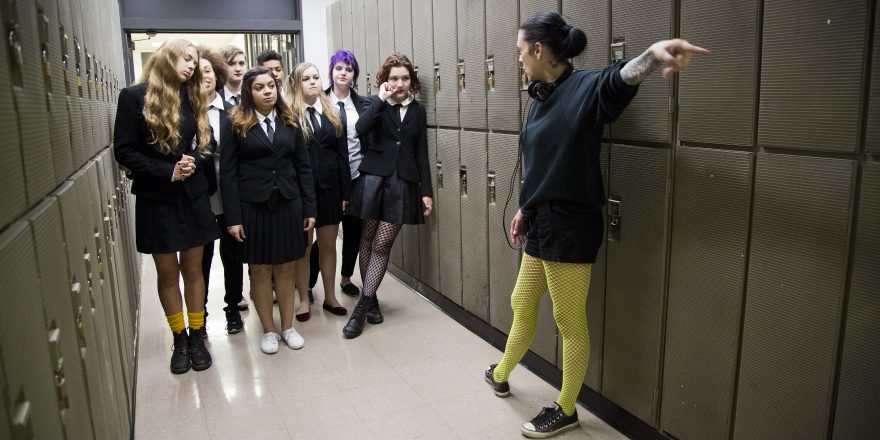 A Set of One’s Own: Female Filmmakers on Takeaways from the Post-Weinstein Moment