Shehzaad Jiwani is a musician, producer, writer and director from Toronto. He fronts the band Greys and performs solo under the name Golden Drag. As a producer, Shehzaad has worked with bands like The Dirty Nil, Casper Skulls, and Patio. His writing has appeared in Brooklyn Vegan, Hazlitt, Metro Toronto and others. He is currently filming his first documentary.

The word I always return to when I think about Patio is “sophisticated.” This defining trait is what helps them stand out amongst their NYC DIY peers. Where other bands might embrace or flaunt their own shortcomings with a distinctly millennial, knowingly laissez-faire attitude, Patio rise to overcome them. More than that, this determination is less to prove something to others than to better themselves. To me, Essentials is an album about keeping it together against the daily obstacles inherent to living in a big city, and while they most certainly will not tolerate any of your shit, their tense music eschews base level angst for unshakable poise and grace.

I met the members of Patio while my band was on tour in 2016; we’d spent a lot of time in New York, frequently sleeping on singer/guitarist Lindsay-Paige McCloy’s floor in Bed-Stuy. We became fast friends, played shows together, and hung out in each other’s cities during our time off. They had just released their Luxury EP when I’d met them, and we talked a lot about what they wanted the band to sound like, which often differed depending on which member I was talking to at the time.

Singer/bassist Loren DiBlasi saw Patio — her first band, and the catalyst for picking up the bass — existing in a harsher vein, evoking the sounds of post-whatever artists she admired like Slint, Fugazi, and The Fall, ultimately aiming to share bills with bands on her favorite local label, Exploding In Sound. Conversely, McCloy, a trained musician with an aversion to most things punk, envisioned a more spare sound, her dextrous guitar playing and prodigious singing voice landing closer to an artist like Cate Le Bon. The one thing they agreed on was that the album should “sparkle.” As a friend and fan of the band and understanding all the reference points the two were bringing up, I convinced them to come to Toronto to track the album with me and Ian Gomes at Union Sound.

The demos of the songs they’d sent us are not entirely far off from their finished versions on Essentials, but the band you hear playing on the album is tenfold more focused and ferocious than their early sets may have led on. Much of the album’s lyrical content reflects conversations I would have with each member about the challenges they faced living and working in New York City, spending their days at demanding jobs while juggling the usual ups and downs of relationships, rapidly changing neighborhoods, and scene politics — not to mention starting a band in a city with an ever-shrinking number of DIY venues and spaces. It was immediately apparent that this was not a group of college kids who moved to the city solely to work on music, but three professionals — two engineers and a journalist — channeling their frustrations into their art.

You can hear them working through those frustrations on nearly every note of Essentials, and it is important to point out that they are actively working through them, not simply wallowing. Throughout the album, they apply the same steely resolve to their music that they bring to their personal lives and careers. There are bouts of existential dread, a frenetic opener “Split,” and moments of true clarity, such as the bright, spacious harmonies at the end of “No Time.” While McCloy and DiBlasi may approach their songwriting from different angles, their midpoint is both a shared exhaustion with their surroundings and their willingness to transcend them.

As a guitar player, I was immediately taken with McCloy’s unique playing style. Her tightly wound licks and whip-smart flourishes bring to mind Public Image Ltd. guitarist Keith Levene’s deranged dynamics, Andy Gill’s starkly radiant one-note riffs, and Tom Verlaine’s cerebral chording. Her guitar is incandescent against the austere backdrop painted by DiBlasi and drummer Alice Suh’s rhythm section. The two provide a variety of pulses, riding a sustained groove on “Open” or bouncing between buoyant and propulsive on “Scum,” but are predominantly concerned with charting a path for the vocals and guitars to soar over. At no point would you be able to glean that this is either member’s first band.

Vocally, McCloy and DiBlasi are yet again diametrically opposed but entirely complementary. The former crafts understated but striking melodies that convey her feelings of uncertainty and inner chaos, best articulated on the soaring “New Reality” where she sings, “Blinking through the fog/I can’t unsee it/May never find another way back through it,” with a perspective that sounds convincingly like a woman many years her senior. DiBlasi’s delivery is more conversational, painting an harrowingly evocative portrait of everything that might go through one’s head during a particularly anxious Friday night at home on the dynamic “Open.” The best moments, of course, are when the two trade the mic back and forth, as on the playful first single “Boy Scout” or within the increasing dread of “Vile Bodies.”

Though a member of the trio may bristle at this comparison (and the band in question is, admittedly, one step below Bikini Kill as an Overused Reference Point To Describe Female Fronted Bands), the mix of spidery guitar interplay, shared vocals, and a couple of nods to the B-52s evokes the earlier Sleater-Kinney records, particularly Call The Doctor and Dig Me Out. But where Corin Tucker and Carrie Brownstein wore the scrappy sound of the Olympia scene on their flannel-lined sleeves, Patio bring far more restraint to their blend of sequined post-punk. For such a relatively new band, it is a disarmingly mature approach.

It’s not easy to come out of the gate sounding this self-assured on your first record. Essentials is the sound of three endlessly capable women sharing in no uncertain terms their experience of living in a big city and daring to thrive within it. It is the sound of pushing yourself to get on the subway to work in the morning, knowing you will not see your bed for another 18 hours because you are fighting for your own space both internally and externally. It is the sound of discipline, determination, and sophistication.

Shehzaad Jiwani is a musician, producer, writer and director from Toronto. He fronts the band Greys and performs solo under the name Golden Drag. As a producer, Shehzaad has worked with bands like The Dirty Nil, Casper Skulls, and Patio. His writing has appeared in Brooklyn Vegan, Hazlitt, Metro Toronto and others. He is currently filming his first documentary. 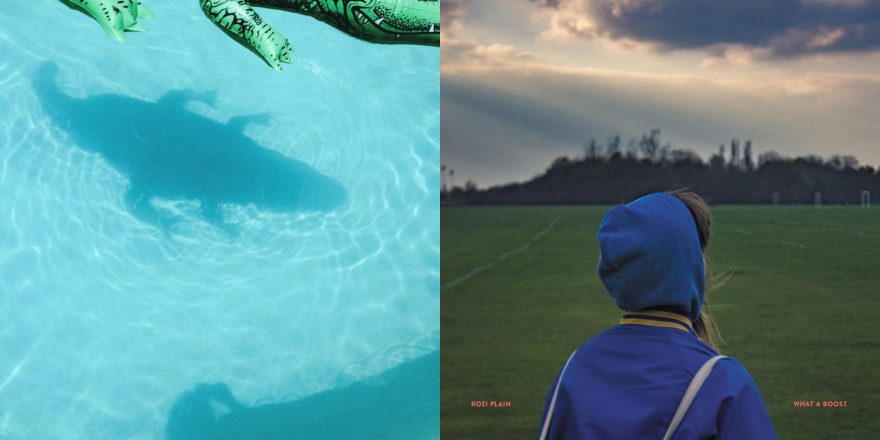 What A Boost is Serious Music 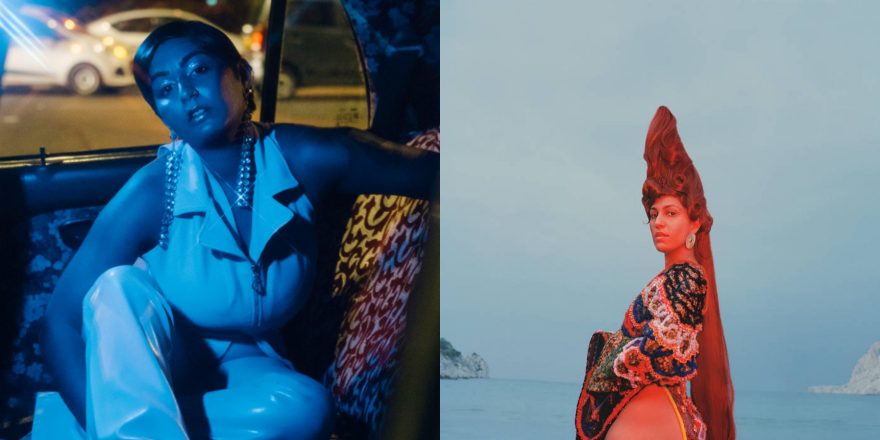 Ancestor Boy is Home for the Culturally Nomadic