It’s wild to think that a little over a hundred years ago sound couldn’t be replicated and revisited — it existed only in one moment, forever attached to a time and place. We had the transcontinental railroad and the telephone, assembly lines churning out goods, photographs to freeze and immortalize light, but sound existed only as flickers. How it must have felt to hear for the first time a sound whose source belonged in the past — the Italian castrato Allesandro Moresecchi is suddenly in your living room performing Bach’s Ave Maria, or maybe revelers at a street festival from last month have reassembled as ghosts around you. Now that we are constantly blasted with all kinds of commodified, multi-tracked sound, it’s easy to lose touch with this miracle. But, in truth, we’re still in the very early days of reproducing sound, and that freshness is part of what makes recordings so awesome. Awesome in the sense of awe, the religious sense, hearing something that makes your eyes go wide. And particularly, there’s something about old recordings that carry a special presence, a voice beaming in from another time, filled with vitality and spirit from the grave — they make me wonder what it felt like to be in that room, in that moment, with those people.

Kevin Morby’s new record Oh My God feels like it’s destined to have people feel that wonder in 50 years. The vibe of the room and the collection of personalities is so strong, with Kevin sternly and unshakably reciting his poetry through the maze of his friends’ musical contributions. I’ve been lucky enough to tour in his band and play on some of his past recordings, so I can picture the atmosphere of the sessions — one of Kevin’s strongest attributes as an artist is his ability to gather people together and let them do their best work. There’s a lot of laughter, a lot of wouldn’t it be cool ifs that turn into final drafts, and the result is a tangible sense of community and bustle that pops through the speakers. I don’t know the specifics, but maybe it happened something like: Stuart stopped by and ripped Stax-esque horn arrangements on “Seven Devils,” Elvis blessed everyone with a Moog overdub, Sam’s three-year-old daughter Simone came to the studio and watched the band rehearse a bit and ended up reading a prayer at the beginning of “Congratulations”…

Let’s talk about Sam for a moment — that’s Sam Cohen, who produced the record: I’ve worked on maybe 15 records with Sam over the years and he’s a major point of reference in how I think about how to make tracks, why to make tracks, why making tracks is joyful. He has a strong bias toward anything that is expressive — any melody or performance or sound that has a human behind it, personality-forward, that’s the one to keep and the louder in the mix the better. I hear this stamp all over the record, and his and Kevin’s collaboration is so special for it. Also, his guitar solo at the end of “Congratulations” could be played by absolutely nobody else in the history of electric guitar solos — the tight vibrato, the swaggering pocket, it’s as unmistakable as a singing voice. The same goes for “Seven Devils” and Meg Duffy (who I share a house with) — the slow-burning melodic sensibility and major-seventhiness in that solo is filled with a kind of longing that belongs to Meg and only Meg.

Last night I saw Kevin Morby and the OMG band perform nearly the whole record at the Ace Hotel Theatre. It was an eight-piece band complete with choir and horns, and it is a timeless type of joy to see a large group of great musicians playing together. I found myself zoning out of the actual specifics of the music and just enjoying the collective presence of my friends, watching the eye contact and the interlocking of the organism. Enjoying existing in this moment of sound in space. These songs are such a nice canvas for that type of energy, with basically simple chord changes and not too much fuss and so much space. Even with eight people, there was the impression of the speakers being empty at moments — all the silence allows each instrument to speak like a primary color, with no smeared edges. “Nothing Sacred/All Things Wild” particularly comes to mind in that regard — that song happens to be probably my favorite of Kevin’s for reasons mysterious to me; I just like the melody and chords. I’m grateful to Kevin and everyone who made this record for respecting the mystery of capturing sound in a jar and making something beautiful for the Big Bookshelf. 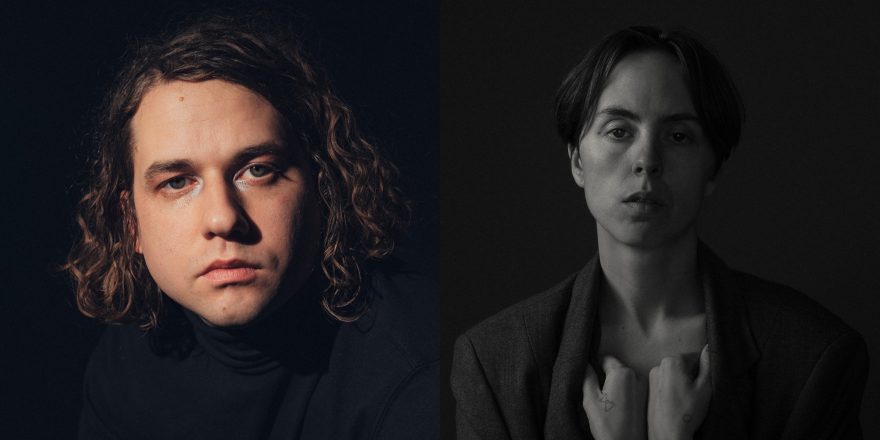 Existing in These In-Between Spaces 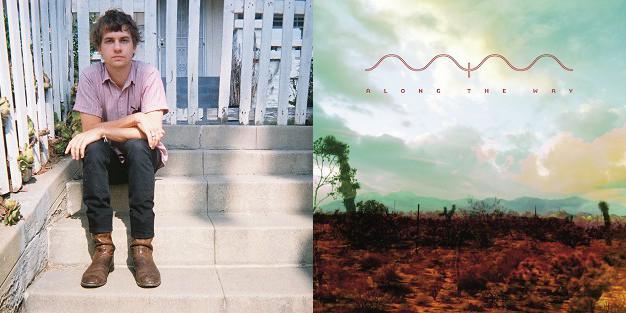