Kevin Morby, formerly of Woods and the Babies, is about to release his fifth solo album, Oh My God, through Dead Oceans. He currently lives in Los Angeles. You can follow him on Twitter here.

There is a landscape in my mind that is passing me by. I am usually looking at it from the inside of a moving car, although sometimes I’m in the bed of a truck. We (me and the car) are on the highway. The landscape is of the desert.

Only one thing opens this landscape up to me, and it is music that is navigated by the guitar, with little to no singing, and if there is singing it has to be so blown into the atmosphere, or so buried into the music, that I can’t make out what the singer is saying, or it must be in a language other than English, because English is the only language I understand. To get into that car, to drive down that highway, and to see that landscape, I have to willingly throw myself, my trust, into the artist and let everything go. There can be nothing too familiar to hold on to, nothing to bring me back to where I actually am. The music has to keep pushing forward, ultimately heading nowhere.

This record indeed opens up that very landscape right before my eyes, and Along the Way (his third solo album, along with several releases with his old group Emeralds) is a perfect title for an album that conjures up this feeling I’m trying to articulate, for it is all about the journey, not the destination when it comes to music like this, and I get the impression that McGuire, in picking such an apt title for the music that it represents, understands this.

“The Instinct” is the first track I heard off the album. And while it’s perhaps McGuire’s boldest move on the record, clocking in at 12 minutes long (its runner-up being eight and a half minutes, and the shortest song only being a minute and a half), it may not be the best representation of the record as a whole. “The Instinct,” as well as the fourth track “To the Macrobes (Where Do I Go?),” seem to carry something sinister, something mischievous beneath it, whereas the rest of Along the Way shares a common ground of harmony, coming off as uplifting, and if ever there is not a moment that seems uplifting, the record always, at the very least, maintains its tranquility.

Then there’s a song like “The Human Condition (Song for My Father),” which quickly stands out as it features the first audible voice on the album, coming from what must be McGuire’s father having a conversation with a friend, while a young McGuire’s voice comes in and out from the background. The light instrumentation over the short conversation proves, for the millionth time over, how music can transform something like a casual conversation into something lovely. The conversation ends quickly, and McGuire jumps into the song, with singing so buried in the mix that it acts as an instrument more than anything else. It is buried into the atmosphere.

We’re brought into the record with the wonderful opener “Awakening,” which feels just like that, and we are taken out with “Turiya (The Same Way),” which is the first time McGuire chooses to be heard, pushing his vocals just high enough above everything else to be heard singing “It’s the same way/exactly the same way.” The song travels the same highway that you start riding from the moment you put on this album, and instead of coming to an appropriate ending, the song quickly fades, and you get the sense that, even though the album has come to a close for you, McGuire is still on his ride.

I admire musicians like Mark McGuire a lot, especially for making such a cohesive album out of so many different sounds. Because I’m a pretty conventional guy, it’s sometimes hard for me to tell exactly what I’m actually hearing on this album. I know there are drum machines, synths, samples, and occasional sparse singing. But more than anything else, there is the guitar, and it’s the pulse of everything happening around it. And that’s the phenomenon of such an instrument, that it’s never-ending. Some build their world around a couple of chords, never straying too far from where they’ve begun, but here McGuire takes every opportunity at exploration.

This is a success of a record any way you come at it. This past week it has soundtracked me cooking, hosting people, and doing my morning routine of stretching and making tea. But I’ve most enjoyed it when sitting alone in my living room, giving it my attention, watching the landscape pass by.

Kevin Morby, formerly of Woods and the Babies, is about to release his fifth solo album, Oh My God, through Dead Oceans. He currently lives in Los Angeles. You can follow him on Twitter here. 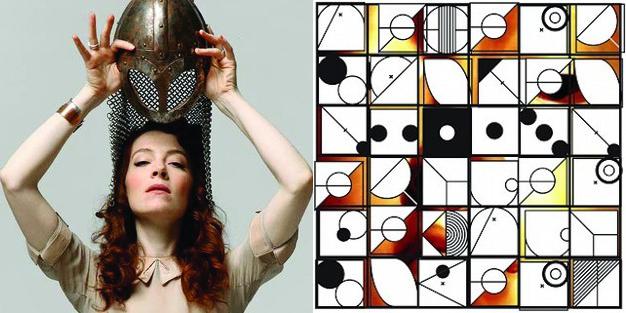