Barbara Loden’s first and only feature as a director, Wanda, is one of my favorite films of all time and was a major influence on my own debut feature, Holler. While I was living in Ohio in the early 2000s, I discovered Barbara Loden after seeing her playing Warren Beatty’s older sister in Elia Kazan’s Splendor in the Grass. While reading about her, I learned she had written and directed Wanda, but finding a copy of the film proved impossible. Some years later, I found a poor-quality rip of a scene from it online, and a few years after that a bootlegged copy of the movie – with chunks of the narrative missing. A couple years ago, I was finally able to see the full film in high resolution thanks to the UCLA Film & Television Archive’s brilliant restoration, which was subsequently released by the Criterion Collection. Since then, I have watched Wanda at home countless times. Also, thanks to the American Cinematheque in Los Angeles, I was finally able to see it on the big screen for the first time a few years ago.

Now, five decades since the film’s initial theatrical release, it’s a common occurrence to see Wanda on the big screen as it’s being programmed regularly at revival and art-house theaters and attracting new audiences.

However, Wanda is a film that wasn’t widely appreciated either upon its 1970 Venice Film Festival premiere or its 1971 U.S. release. Barbara Loden sadly never saw her work properly recognized during her lifetime, as she died of breast cancer in 1980, at the age of just 48. To honor Wanda’s 50th anniversary, I want to express why I’m head over heels for this film and speculate about the film’s long road to critical recognition.

For those of you who haven’t seen Wanda, it’s a hard-luck drama about a woman who aimlessly roams the Pennsylvania coal country. She has just given up custody of her children to her husband, loses her factory job, and drifts around motel rooms and dingy bars until she meets a criminal, Mr. Dennis, and they hit the road together.

In this era of increasingly provocative independent cinema, Wanda stands in stark contrast as a quiet, intimately observed, richly textured time capsule. It merges Loden, a professional actor, with a local cast, and was filmed on location in rural Pennsylvania. It transports us to a time and place where American women couldn’t see beyond the worth that their small town bestowed upon them. This is the plight of the film’s title character: her husband tells a judge that she is an unfit mother. Her male boss at the factory says she’s just too slow for the job. A man uses her for sex at a motel and then abandons her at an ice cream shop. Then along comes Mr. Dennis, who consistently hurling insults her way but also tells Wanda, “You’re something.” She gains a (misguided) taste of agency from a planned robbery with Mr. Dennis. Wanda’s worth is constantly determined by men, as she drifts from one drab location to another.

Loden’s performance is remarkable, with a tangible vulnerability that simultaneously pulls us in and keeps us out. We also get to see Loden’s gift for comedic timing. Behind the camera, Loden is a stunning visual storyteller. The film’s opening immerses us in the wide expanse of blackened coal country, vast and silent. A tiny white speck slowly moves across the frame: Wanda in a white dress, as she walks across the coal.

I love the scene when Wanda window-shops in a mall and stops in front of a display filled with mannequins. Loden’s camera is positioned in the window display, looking out at Wanda, voyeuristically, as she takes in the mannequins, tall, well-dressed: a life she can’t buy, a pedestal she will never be on, the ideals of what a woman should be – all loom large over Wanda in a single shot.

Another heart-wrenching scene is when Mr. Dennis and Wanda get drunk on the hood of his car at sunset. A toy plane buzzes loudly in the air above them. Mr. Dennis climbs on to his car and waves at the plane, frantically trying to get its attention. Wanda and the only other two people parked nearby all look up at the plane hovering over them in the sky. Wanda looks up at it, proof of life beyond the borders of coal country. For a moment, it looks like the citizens are reaching for it, begging with arms outstretched for it to notice them. This scene is all the more poignant as it follows a pivotal conversation between Mr. Dennis and Wanda: Mr. Dennis says, “If you don’t have anything, you’re nothing. May as well be dead.” Wanda responds, “I guess I’m dead, then.”

As someone who released an independent film in the middle of a pandemic and social unrest, I know that timing is everything. Wanda came out during the second wave feminist movement in America, and Wanda as a character did not align with that movement’s view of what a strong woman should be. It portrayed a woman with no agency during a time when women were fighting for pay equity, voting rights, reproductive rights, and ultimately, freedom of choice. Because of this, Wanda was out of step with how women wanted to be depicted on screen at the time.

Loden herself, a Southern woman from North Carolina, was an overlooked actor of her time, often appearing only in supporting roles in her much-celebrated filmmaker husband Elia Kazan’s films; she was only allowed to be the lead when she stepped behind the camera herself. I am a woman who came of age during third-wave feminism whose tenets are about redefining and reclaiming words and ideas. I find Loden’s very act of making Wanda to be feminist. Loden faced an unfair burden that many women filmmakers still face – we are expected to make films that traffic in female trauma and serve as hammers of empowerment, when that same expectation is never placed upon our male directing peers.

Loden showed the world a woman who was a victim of her sheltered life and did nothing to escape or fight that existence. Where I think Wanda is misunderstood is that the character of Wanda is so painfully demeaned and victimized again and again that she doesn’t believe there is another existence for her. Sure, Wanda could choose to say no to men who bark orders at her, she could fight for custody of her child, or stand up to the boss who won’t pay her – but she would have to believe in her own worth to do those things. Loden isn’t presenting Wanda as a role model, but rather showing us the existence of such marginalized women and saying, This, too, is what cinema can be.

Now, in the wake of #MeToo, we are collectively beginning to examine and understand the psychological reasons why so many women endured abuse and remained silent for so long. Through the lens of 2021, Wanda can be seen with a new clarity and understanding.

I can’t share what I love most about Wanda without mentioning French writer Nathalie Léger’s book A Suite for Barbara Loden, one of three books in a trilogy that asks the question, What is it that a woman recognizes when she recognizes herself in another woman? Like Léger, I too have wondered for years why I am so drawn to the title character of Wanda. Is it her resigned expression and drifting eyes that remind me of the women in my own family? She is quiet in the same ways my mother is quiet, and I’m always trying to get in her head. Léger writes, “She sits the way my mother used to sit next to my father, upright, short, alert, holding her breath, just waiting to be murdered.” Léger also writes of matrophobia, the fear of becoming like your mother. But what did Loden see in Wanda?

Loden plays a role she wrote for herself in a film she directed, but Wanda’s life isn’t the life Loden herself lived, just as Holler doesn’t truly depict the life that I myself lived. Both films are self-portraits of women telling their stories through a slightly different version of themselves.

Every time I watch Wanda in a movie theater, I look around and wonder who is seeing it for the first time. And I can’t help but imagine Barbara Loden slipping into the back of one of these sold-out screenings and experiencing the love and recognition people feel toward her film.

On its 50th birthday, it seems audiences are finally ready to see themselves in Wanda. 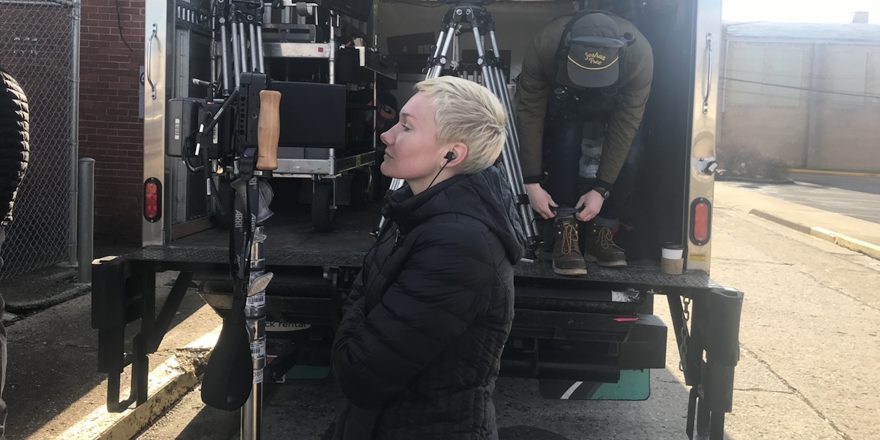 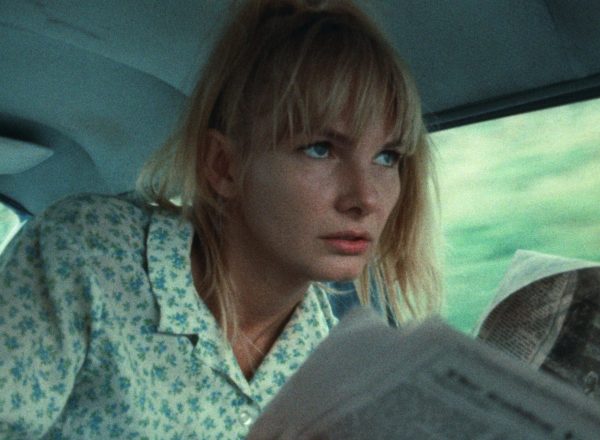 A Love Letter to Wanda 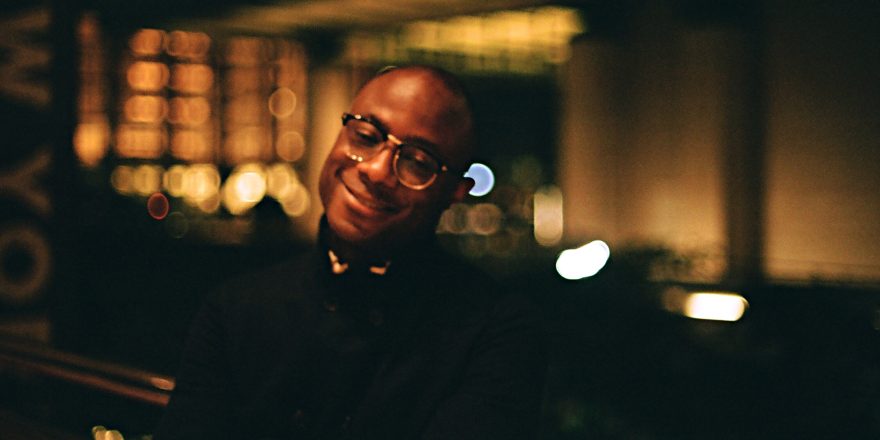