The hardest sentence I’ve ever had to write is this: I can’t remember the last time I spoke to my mother, or how many years ago it was. I’m always lost for the words for this, and the arc of possible causes is endless. Some of it is personal, some of it is political – the shock of what it must’ve been like to be an immigrant to the South of the U.S. in the 1960s, when only a few years previously my parents’ interracial marriage had been illegal, was a force that affected our family, but I cannot measure it. The reasons why are from too long ago, and it has somehow become a dry fact of my life, like a bulleted detail in a character biography. I know it informs so many waking minutes of my life, but I don’t think I could ever write or make a film about it, and yet it must be present, there in everything I do. I have to tell you this as a caveat for what I’m about to say about this film, that it devastated me on a level I’m often unwilling to discuss with my friends. Moonlight went into my eyes, got into my bloodstream, because I felt my heart-rate rising and falling while watching it, and then it passed through that barrier into my memories, the ones I’m always trying to forget but never do.

Moonlight must have been a very difficult movie to make, like that sentence was hard to write. As writer-director Barry Jenkins said of how Tarell McCraney’s play was suggested to him: “This isn’t about you, but it’s about you.” I’d assumed that since it was adapted from McCraney’s work it wasn’t necessarily specific to Barry’s life, but the resulting film has too much vivid personal truth in the smallest of graces and now I’m finding out that parts of it hew incredibly close to the director’s life. I will avoid discussing the plot of the film; it’s best you know as little as possible for the experience, for how it might upend your expectations and assumptions about how you see cinema portray the specificity of the inner lives of Black and Queer people in relation to personal, political, societal trauma. You should approach it as: something you’ve never seen before. Know only that it is split into three parts, detailing a single life, known by the names Little, Black and Chiron as he grows from childhood to manhood.

Another admission about the lens I saw this film through: In my life I’ve been called racial slurs and the word “faggot” enough times, with an undercurrent of menace to occasions of actual physical violence, that it’s shaped me inversely. I built something defensive in reaction to it, that’s always there in the way I walk alone on the street at night and a look I try to carry in my eyes that isn’t who I really am. I know that so much of my projected maleness in the world was born from fear.

And the cost of that is I am most afraid of and uncertain how to explore those fears in art. Moonlight has a bravery I’m in awe of, because it’s fearless about recognizing that, about reversing the course of cinema so that masculinity can be vulnerability, dream-state reverie, lost memories, regret and the construction of barriers and longing. It’s a negative space in cinema, an absence, a frontier. I lament the lack of truly romantic films in American cinema, ones that are about love as a transcendent force, the way Europeans or Latin Americans or Asian filmmakers often conjure up longing in opposition to all the forces in the world (as opposed to American movies where romance is often about personal journeys and, like, commitment and stuff). Standing on a street corner a few weeks ago, I say, “There are parts of Moonlight I haven’t seen in an American movie in years.” My two friends who’ve also seen it both say, “You mean, ever.” They’re right.

For all the life experience I connected to with this film, I still cannot and would never speak to the particulars of Black and Queer experience, and this film is suffused with them and the environmental effects of America’s racism and homophobia. But through social media I’ve been able to find writing on film from points of view that are often marginalized, something which gives me greater hope than anything else for a dialogue between cinema and criticism. And it’s also a case that a great movie leads to great writing: I can think of few movies that have inspired critical writing this year that so thoroughly engage beyond movies into culture, history, society. I strongly urge you to read Ira Madison III and Hilton Als and K. Austin Collins on Moonlight.

What I hope I can convey is the brilliance of Jenkins’ filmmaking to you. Moonlight is precisely, exactly a movie, a very different thing than supposedly cinematic TV. The way time functions in the film, how we slide into and out of Chiron’s dreams and memories and regrets, only has this particular emotional effect within the self-contained universe and structure of a feature film. It’s made by someone who has a tremendous vision for how a movie needs only a few strong images and sounds to offer you multitudes of meaning. A simple shot of two men in the ocean is all at once a baptism, a vision of choosing fatherhood and childhood and friendship, a rebuke of the nightmare of history, a symbol of exile and liberation. Jenkins understands that a single image or sound, or even a name, or one single phone call has colossal power.

It was in Barry’s debut, Medicine for Melancholy, that I first ever saw the names of pioneering women filmmakers Alice Guy-Blaché and Barbara Loden. He’s such a knowledgeable film scholar that he must have known that in Moonlight he was taking on the most impossible thing: creating a cinematic language in a genre and milieu that never existed before. That makes Moonlight difficult to describe, which makes it difficult to sell, like all great art is, so I’ll offer this: purely as cinema, as shots, as music, as sound design and edits, as extraordinary truthful performances by its actors, this is audacious, stunning work, with devotion in every frame. See Moonlight because it’s exceptional filmmaking and art.

There’s this one shot in Moonlight in a scene in a diner (and the scene is, I swear, as good as the diner scene in Michael Mann’s Thief). In a moment of contemplation, outside of time, the camera drifts away into the moment. We are a breeze, a drifting mote, we are possibly a memory or a story or a dream. We are Little, Black, Chiron. We’re Barry Jenkins and Tarell McCraney. This is cinema as empathy device, as consensual dream, as Buddhist principle. Cinema is a language, and in this moment, we are existentially present in another life without the limitations and constrictions of words.

Soon after, the final moments of Moonlight are exactly as little as they ought to be, exactly enough to devastate me about the effects of time and mercy in our lives. Jenkins’ two films are both about people struggling to love in our world, a world where innumerable forces will attempt to rob you of that, especially more so if you are Black, if you are Queer. In opposition to all those forces, in years to come I’ll watch Moonlight when it’s the middle of the night and I need to see a movie that puts me in touch with other human lives, the way I reach for Wings of Desire or In the Mood for Love or Cléo from 5 to 7. In an era when so much hate has defined so much of the language and possibilities of American life, Moonlight, nothing more than a movie, left me fearless, with nothing more than the desire to simply give love to other people. 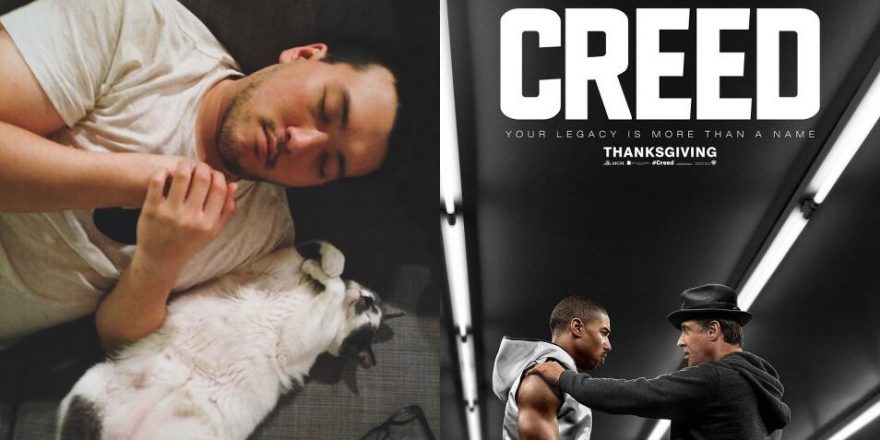