Natalia Yanchak is a member of the Montreal-based band The Dears. Their latest album, Lovers Rock, was released in May 2020.

I’m totally good. I just finished a role-playing game of Raft with my 7-year-old son. We pretend that his bed is a raft, and then we have to overcome sharks. We both died, and then we both survived. It’s flexible.

We’re holed up in our home together, with school canceled for the time being. I’m working from home; I work for a management company in Montreal. I work in the morning and then swap with Murray and he goes and works on music in the afternoon.

My history with Minecraft actually started with my 14-year-old daughter, who still plays Minecraft, but she’s almost too cool for it now. I played with her a little bit, though I think I play more with my son now, but I have a long history of playing Minecraft at various stages.

I think it’s fair to call it educational. It’s creative play. There is planning and design and some forethought that has to go into what you’re doing, depending on how you’re playing. If you’re doing survival mode, you have to make sure you have all the stuff you need to make it until the morning. What are you going to do to make it until morning, so that we don’t die if we go outside and get attacked by creepers and endermen and stuff like that. There’s that aspect, there’s the engineering aspect of planning what you’re going to build, what materials you’re going to use, how big it’s going to be — the spatial dynamic of it. And it’s fun, too! But it is educational.

Fallout 4 the story is similar. You’re in a different location in America, a different destroyed American city. It’s like a retro-futuristic world that’s completely destroyed by nuclear explosion. It doesn’t really matter who or where it was detonated. It’s just that the city now is destroyed and, depending on which one you’re playing, you’re the sole survivor or the lone wanderer, and you have to survive!

For me it’s the brainless escapism. There’s this aspect that’s totally brainless in the sense that there’s nothing really at stake, unlike real life. The stories are just complex enough to keep me engaged and then also there’s an aspect of the free roaming thing, where you can choose to continue on whatever path you want. In that way, it’s escapism that’s appealing.

We have kids, so it’s not like, I can say, “Don’t talk to me, I’m playing Fallout 4!” When I played Fallout 3, before we had kids, there would be super long stretches, five hours, six hours of playing. Just playing through the story. It’s a super long game. I would have to look up how many hours it actually is, but it’s at least 40 I think in total, probably even more than that. Fallout 4 is interesting because they added, ironically, a crafting aspect to it. It’s like adult Minecraft, where you have to collect resources and craft items and build settlements for people. Then you invite people to come and settle, but you have to maintain them, and grow food, and get water and everything. That adds an infinite amount of time you can spend if you just want to do that. You can do that and not do the story at all. I have a friend who’s been playing specifically Fallout 4 forever, and she has the most elaborate settlements, they’re insane. They’re these beautiful, crazy things that she’s created. It’s just a thing she does. You can knit, or you can create settlements in Fallout 4!

The coronavirus has hit many people financially, and it’s been especially tough on musicians who rely on touring to support themselves. If you’re able and inclined, check out The Dears’ Bandcamp and order a T-shirt, some vinyl, or whatever they’ve got on offer. Their new album, Lovers Rock, is out now.

Natalia Yanchak is a member of the Montreal-based band The Dears. Their latest album, Lovers Rock, was released in May 2020.

music other
Natalia Yanchak
The Dears
video games
Talkhouse Film Contributors Remember Lynn Shelton
The Way We Get By: Alex Wolff Has Been Watching Magic Documentaries and Writing Monologues 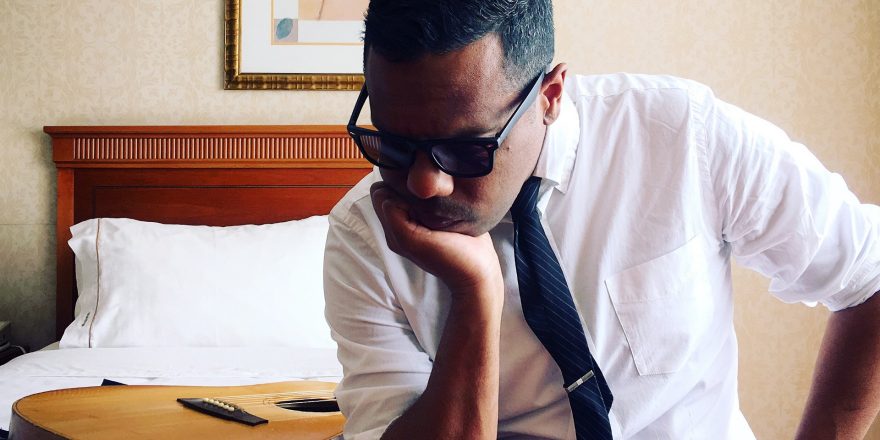 Murray A. Lightburn’s Guide to Songwriting

The Way We Get By: RJD2 is Enjoying ‘80s Sci-Fi Movies