Pollyanna McIntosh is an actor, writer and director who currently plays Jadis on The Walking Dead. Her feature debut as writer-director, Darlin‘, had its world premiere at SXSW 2019, has subsequently played at festivals such as What the Fest!?, and is forthcoming in theaters later this summer. Her recent work in film has included The Woman, Filth, Let Us Prey, Burke and Hare and Tales of Halloween, while on TV she appeared in Sundance Channel’s Hap and Leonard and was the female lead in the BBC political comedy, Bob Servant Independent, starring alongside Brian Cox. Born in Scotland, she grew up in Portugal and Colombia and now lives in Los Angeles. (Picture by Lexus Gallegos.)

You ever been naked and barefoot in the snow?

How about being filmed naked and barefoot in the snow acting and directing whilst dragging your producer through that snow as he pretends to be an unconscious teen in full ski gear?

It was a great day of shooting. And we had a lot of them with the game-faced wild bunch I had the pleasure of collaborating with.

We were about two weeks into filming in Louisiana in early December, just outside Baton Rouge, or “Red Stick” as we called it in an ode to the nature and horror elements in the film we were making, Darlin’. The film is a standalone sequel to The Woman (which was in turn a standalone sequel to Offspring) and I was now mad enough to be taking on the third chapter of the Jack Ketchum-originated trilogy, moving from playing The Woman in both of the previous films to leading the charge as writer-director whilst again slipping back under the dirty, dangerous skin of The Woman. Being my feature debut as writer-director, I focused the film on the character of Darlin’, played with brilliant complexity by young Irish newcomer Lauryn Canny.

It was going well, but the weather had been changing so much, it was giving the art department whiplash in location priorities. The next day we were to shoot various places, including in the nearby forest, a flashback scene with the feral Woman and her young ward, Darlin’, in which their feet walk across snow following a trail of blood and The Woman finds a ski pole on the ground, part of the mystery of the flashback elements in the film.

We didn’t expect to get snow, of course, not in Louisiana, so we were ready with a piece of FX snow blanket in order to create the world. I went to sleep thinking about the logistics of the scene. The only thing that was giving me any pause for the following day’s shooting was that I wanted the essential realism that would make it feel like it was really snow. I needn’t have worried. The movie gods were with us. I woke up to a winter wonderland of white, glistening gorgeous true snow.

It doesn’t snow in Louisiana. It just doesn’t, and as local 45-year-old men were telling me in wonder that they’d never seen snow, I soon realized we were not only lucky as hell but also doomed to not be able to shoot the rest of the scenes that day. Travel on those icy roads with inexperienced drivers was not a good idea. So no Lauryn Canny (our Darlin’), no Peyton Wich (our teenage boy), and no way to use crew on site if we called the whole day. Tools were downed and the schedule reconfigured, a scene cut, safety first. But the camera crew were staying in the same place as me, with the forest location opposite it. … I just knew they would want to make something happen in the snow, even on their day off.

These guys not only wanted to shoot, they wanted to get out there to get B-cam before my makeup was done. Our Steadicam operator Scott should be known as Scott of the Antarctic for his work that day. Out he trekked with his gear, alongside our brilliant D.P. Halyna, a petite woman but as tough and passionate as her Ukrainian homeland, and Z, our music-loving focus puller with a great Hawaii attitude. They were joined by David, the film’s game-as-fuck, kind-as-fuck electrician, who pledged to help any way he could.

Over the levy and into the woods they went, finding magic inside. Their footage that morning – a close-up of a bright green, spring-like leaf, and then shots leading us deep into dark, snow-covered forests – became what opened the film. I’m so grateful for these folks. Passionate artists with patience and empathy, skills too underrated in this business – in any business – but they sure make for dope-ass professionalism on top of good, good vibes.

Though I’d enlisted this adventurous bunch, I didn’t want to pull any other crew on location from their much-needed and unpaid day off, so I just asked permission to use their gear and was ready to join the snow team after a quick hour (not so quick for those out in the snow) of layering myself up, head to toes, in full The Woman dirt makeup and scars, and dressing in nothing but her long dark wig hair and knife with holster.

In the warmest coat I could find and flip flops to allow for my gnarly fake toenails, I trekked out there myself. David kindly helped me carry the teenage boy’s ski gear costume and ski pole, plus Darlin’s wig, blood effects and extra makeup and toenails, which I was planning to have Halyna put on to transform her into Darlin’ – from her calves down, at least. Thank the gods she said yes!

Scott shot as we walked together like wild animals through the snow. I went deeper into the forest, disrobed and had them get a wide shot – like the Patterson-Gimlin footage of Bigfoot – of The Woman swinging naked through the forest, dark and challenging against the virgin snow. Pretty cool shit. Halyna even donned Darlin’s wig for a slow-mo two-shot of our head and shoulders from behind, our thick hair catching snowflakes as we rumbled into frame. I walked along the river’s edge, whiter than white for miles. We shot until the shivers behind the camera became too much. It was freezing!

I was lucky my character had to be naked in the snow. It meant the crew knew their director was colder than they were, especially when I started directing using shortened sentences, an unconscious energy preserver which gave new meaning to Jadis’ use of the construct.

We got fabulous footage, Lauryn was generously OK with her feet and the back of her head being “portrayed” by someone other than her in this one moment and Peyton was also fine that our producer Andrew – one shoe off, his foot doused in fake blood – doubled for him momentarily. And no one got hypothermia. Thanks to small miracles like these and a wonderful sense of teamwork, our film came together. It warms my cockles to think about that cold day, which epitomizes this cast and crew of can-do loonies that made Darlin’ the film it is. Personal. And weird.

Pollyanna McIntosh is an actor, writer and director who currently plays Jadis on The Walking Dead. Her feature debut as writer-director, Darlin‘, had its world premiere at SXSW 2019, has subsequently played at festivals such as What the Fest!?, and is forthcoming in theaters later this summer. Her recent work in film has included The Woman, Filth, Let Us Prey, Burke and Hare and Tales of Halloween, while on TV she appeared in Sundance Channel’s Hap and Leonard and was the female lead in the BBC political comedy, Bob Servant Independent, starring alongside Brian Cox. Born in Scotland, she grew up in Portugal and Colombia and now lives in Los Angeles. (Picture by Lexus Gallegos.) 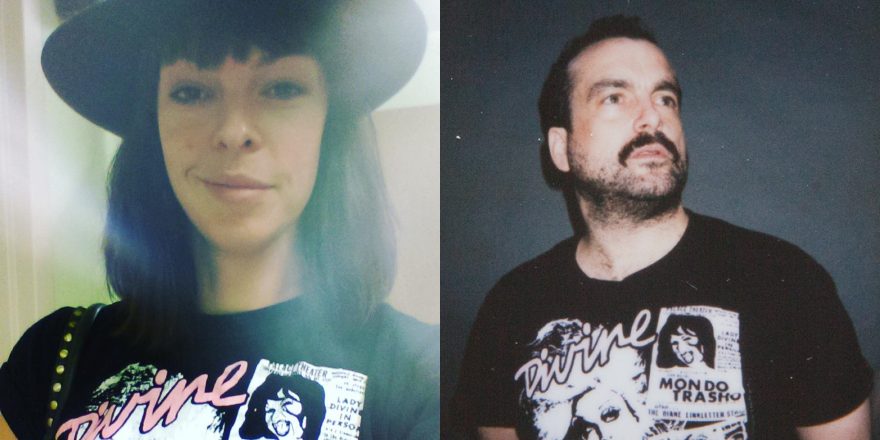 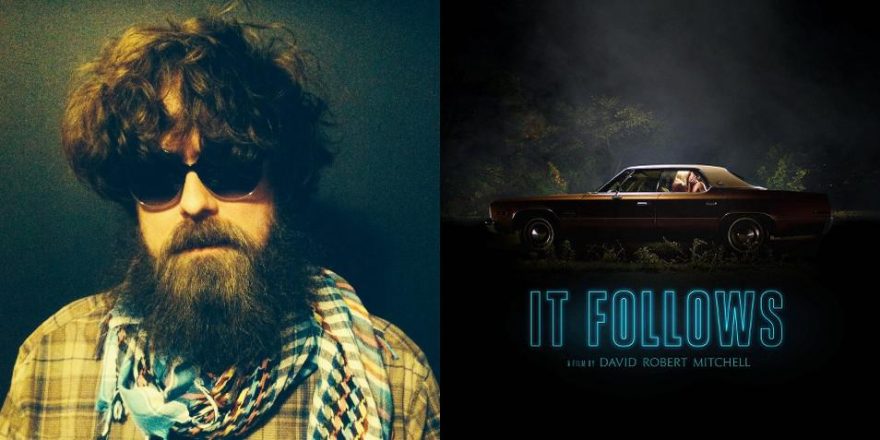 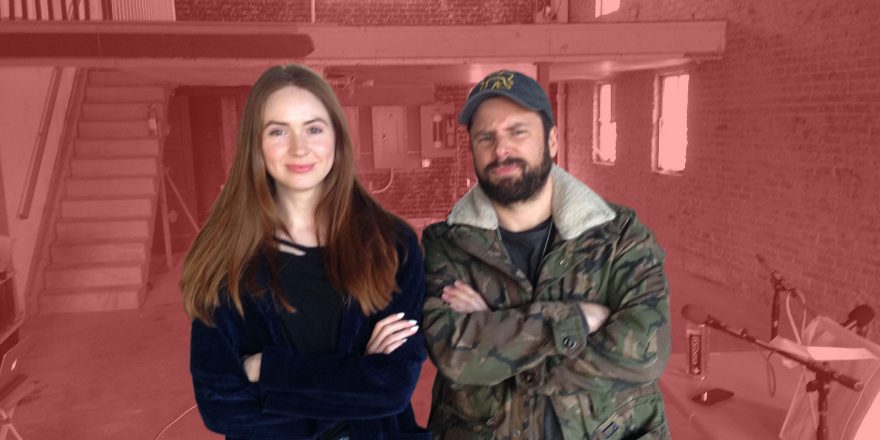 Karen Gillan Talks with James Roday for the Talkhouse Podcast