Francine Thirteen landed from Venus in Dallas, TX, where she began her earthly life. She is a proud Libra/Scorpio who creates in a genre/aesthetic she calls “Ritual Pop.” She really likes making soup and baking gluten-free bread.

My late grandmother, Tessie, told me that death walks in a circle around a woman nine times during childbirth. Midwives “gotta have two heads” to make sure “death can’t snatch none of the life” in the room. My grandmother’s mother, Emma, used to say the same thing. Emma wrote in front cover of an old Bible, “put the blessed knife under the bed.” Emma’s mother, Pearlie, is credited with sharing this custom of “the blessed knife.” Around the third trimester of pregnancy, a woman was to sleep with this “blessed knife” under her bed as a talisman to help “cut the pain and cut the length” of the impending birth. Pearlie acquired her skills as a midwife from her mother, Mama Bet.

Psalm 1, Verse 3 says, “And he shall be like a tree, planted by the rivers of water, that bringeth forth his fruit in his season; his leaf also shall not wither; and whatsoever he doeth shall prosper.” My Auntie E has it highlighted in that old Bible. Tha’ ole healin’ women made us say Psalms and prayers and otha’ shit. You gotta say Psalm 1:3 if yo’ baby act like ‘dey wanna brang ‘dey ass out early. Yo’ cousin acted like ‘dat. His crazy ass was testin’ my patience! I don’t know why ‘dis shit work, but it do. You pregnant?

Auntie E is my grandmother’s much younger sister, and one of the first of her seven siblings to come to Dallas from East Texas and embrace “city livin’.’” She talks fast, loves profanity, and has a reputation throughout the family for prying into young people’s business. I love her dearly for her antics and her willingness to share her memories. I visited her late last year to pick her brain and look at some of the family heirlooms in her home. I let her know that the only thing I was pregnant with was new music, which was only partially written at that point. (Those songs are full term now.) One layer of this new work is meant to pay homage to “tha’ ole healin’ women” in my lineage. I named the project Red Raspberry Leaf, after the well-known plant used to strengthen the womb. Emma and her sister, Polly (another midwife), were fond of it; they employed deerberry, rattle root, and too many other plants to list. Emma earned the name “Mama Miracle” thanks to her remedies within and beyond midwifery.

Their effective use of herbal medicine has always been inspiring, but it’s the metaphysical aspects of their work that fueled much of my writing. Aside from the “blessed knife” and the occult use of the Psalms, there were the mojo bags they crafted to ward off illness or bring luck — my grandmother used to give us “gris gris” bags at the start of every school year. Before she served meals on holidays, she led the family outside to pour out wine and water for our “beloved dead.” She always gave special treatment to the “two-headed” midwives. On her final Easter, her voice cracked a lot. Before she poured Mama Emma’s libation she yelled, “Are you alright wit’ meeee?! Cause I’m sho’nuff alright wit’ you!” Tessie was all about composure. The question and the statement were customary, but the way my grandmother yelled was not. She was as gorgeous as ever and seemed to be in good health, but I knew then that we wouldn’t have her much longer.

Psalm 78, Verse 2 says, “I will open my mouth in a parable; I will utter dark sayings of old.” As much as Red Raspberry Leaf is about healing and beauty and fertility and the warmth of spring, it is also about casting out shame. The sacred work of my family’s adored midwives was interrupted by racist and sexist violence more than a few times, and in the most brutal of ways. It was the catalyst for the family’s move from Louisiana to East Texas, and then again from East Texas to Dallas. Each generation was altered in different ways as a result of this upheaval: I benefited from the rich traditions of a large, intergenerational family, but the less pleasant weight of the past still hung heavy over me. We went to church every Sunday and I remember the reminders about “Eve’s original sin” and the need for women to be “respectable” at all times. Of course, what qualified as respectable was very different for men and women.

I was aware of some of the abuse endured and witnessed by my foremothers, but the deeper parts of my conversation with Auntie E last year shook me — her older siblings had witnessed the racist murder of their grandfather, which set off a chain of devastating events in their lives. I’m glad she felt free enough to say what my grandmother felt she couldn’t; I’m also glad that Tessie finally let herself yell.

I have named the genre and aesthetic in which I create “ritual pop.” My performances are ceremonial, involving sacred ritual artifacts meant to bless and guide the energy of each performance, whatever that energy may be. Chanting periodically is another common occurrence. I am standing as priestess with the goal of enriching whoever is in attendance. Last spring, at the release show for my EP, Lust Heals, Give Me My Sin Again, I chanted certain Psalms as an ode to my foremothers. My preparations to perform this new work led me to consider the many ways that the women it pays homage to have influenced ritual pop from its inception — every time they chanted over a gris gris bag or prescribed a Psalm to an expectant mother, they were acting as priestesses. When my own spiritual practices began to evolve, I came to view my grandmother that way when she poured libations on holidays. Honoring the “beloved dead” is an aspect of my own spirituality, and I pray that she hears Red Raspberry Leaf asking her, “Are you alright wit’ me? Cause I’m sho’nuff alright wit’ you.”

Francine Thirteen landed from Venus in Dallas, TX, where she began her earthly life. She is a proud Libra/Scorpio who creates in a genre/aesthetic she calls “Ritual Pop.” She really likes making soup and baking gluten-free bread.

Francine Thirteen
midwifery
music essay
personal essay
religion
spirituality
Some Thoughts on Avengers: Endgame From the Writer-Director-Star of I Am a Sex Addict
Naked and Barefoot in the Snow: A Day on Darlin’ 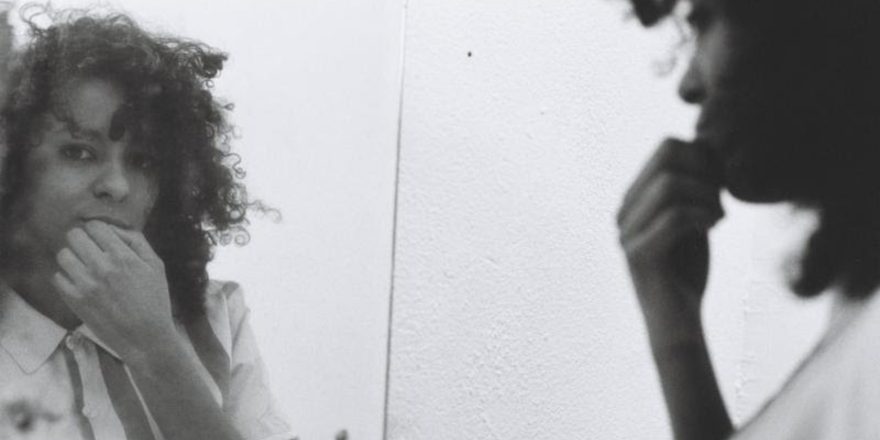