Brett Story is an award-winning nonfiction filmmaker based in Toronto whose films have screened at festivals internationally, including the Viennale, True/False, Oberhausen, It’s All True, and Dok Leipzig. Her latest film, The Hottest August, is in select theaters through Grasshopper Film from November 15. Story’s 2016 feature documentary, The Prison in Twelve Landscapes, was awarded the Special Jury Prize at the Hot Docs Canadian International Documentary Festival and was a nominee for Best Feature Documentary at the Canadian Screen Awards. The film was broadcast on PBS’s Independent Lens in 2017. Brett holds a PhD in geography from the University of Toronto and is currently an assistant professor in the School of Image Arts at Ryerson University. She is the author of the book Prison Land: Mapping Carceral Power across Neoliberal America, and her writing and criticism have been published widely. Brett was a 2016 Sundance Institute Art of Nonfiction Fellow and a 2018 Guggenheim Fellow in film and video.

My first film teacher was a city. I began making films in Montreal, where I relocated as an angry teenager in the late 1990s, just as its post-punk music scene was exploding and the hangover of Quebec separatism still guaranteed cheap rents for working artists and political activists. I learned how to make films in a city so cold your eyelashes would freeze before you got to the corner store, where on the first sunny days of spring, the patios would burst with people of all ages, even at 11 a.m. on a Tuesday, and where the most popular dance party in town was in the back of a tiny vintage clothing store run by an elderly Polish couple. They got a kick out of us young people and didn’t care when we ransacked the clothing racks at 4 a.m. to the synth beats of David Bowie. Commerce wasn’t everything. Montreal not only taught me how to make films, but also why.

When I say rent was cheap, I mean it was really cheap. Quebecois nationalism manifested itself periodically as the threat to secede from the rest of Canada. As late as 1995, there was a referendum on whether or not the province should become its own country. The results were shockingly close. What this meant, economically, was that land was considered too unstable for big real-estate developers, many of them with ties to English Canada, and so the city of Montreal was for a long time left alone from the scourge of business landlords and corporate development. Tenants ruled the city.

Cheap rent, it turns out, is everything. It meant no one I knew worked full time. It meant big apartments with room to stage house shows. It meant anyone could decide to be an artist, regardless of whether or not we had talent, or a trust fund, or both. And it meant that when I was 21 and got the idea that I should become a filmmaker, despite no film school education, skills, resources or connections, I did just that. My first roll of Super 8 mm film turned out black, but I persevered.

So many people I knew became artists, or did something else to foster a lively, experimental artistic community. Because rent was cheap, people made space. Like, literally made it. Aging punks started restaurants that doubled as show spaces that you could always book your kid brother’s band in. Lesbians ran bike shops where you could also get $20 haircuts. One guy I knew ran around building brick pizza ovens in all the parks that dotted our neighborhood.

So many of us had run away from somewhere and didn’t even know a career was something one should want, let alone could have. What we wanted was community. We wanted to make cool shit and stage a costume play that all our friends could star in. We wanted to believe that art could have integrity. My roommate ran a record store out of the back of our house and I edited my first experimental film (it was about snow) to the songs of Irma Thomas, who had her own section on one of the store’s six shelves. Out-of town musicians passing by while on tour would traipse past my bedroom to the backroom, where a friend sold pastries for a dollar and my roommate made recommendations from the $5 bin while crowdsourcing answers to the Saturday crossword puzzle. When he started his own label, he hand-glued the album covers himself at our kitchen table, while the rest of us just hung out and watched and talked, often for hours.

Cheap rent meant we had time. I taught myself how to shoot, how to edit, how to record sound, how to process film. I moved slowly, let ideas gestate, played around with footage. I never took meetings or let someone in authority tell me my ideas weren’t commercially viable. It wasn’t because I was pure; it was because I was naïve. I didn’t even know such meetings existed, and thank God for that. I could make a bunch of mistakes – whole films, in fact, that were bad – without facing the dispiriting crush of someone important looking at their watch.

Ambition had a different meaning in Montreal. It simply meant working hard to make things more interesting, both in our art and our lives. It meant trying to do something harder, weirder, more fun, more epic, more meaningful, in whatever art form one practiced in. Montreal taught me not only how to be a filmmaker, but about what kind of filmmaker I want to be.

I was not one of those kids who had access to video cameras or made my first films as a teenager; my family struggled for money and I found escape from the mean town I grew up in not in movies but in literature and in music. When I got to Montreal, I met the indie kids who had already found each other through zines and shows, and for whom the stigma against selling out was real. I remember one boyfriend whose band became famous in that wave of Montreal indie rock from the early 2000s. He agonized and agonized about whether to license a song to a documentary: Was it selling out? Could he live with himself, would anyone respect him anymore? (Meanwhile, big corporations chasing indie songs for their TV ads could obviously go fuck themselves.) If that sounds romantic, well, it was. But it was also instrumental in creating a place where people were encouraged to take risks and make things that weren’t good. This is what I try and hang on to, and to tell emerging filmmakers when they approach me for advice. I tell them to just try things, to risk making work that might fail, and to embrace failure as a sign that they’re on the right track, that they’re trying something interesting rather than something safe.

Because, as we know, it is really hard to make films. It costs a lot of money. It requires working with other people. It is a mammoth, exhausting endeavor that has an unrelenting cascade of rejection baked in at every single stage (grant applications, industry meetings, festival submissions, reviews, box-office results). Even the most successful filmmaker has a stack of rejection letters. If you’re not a person who was brought up to walk around the world thinking it’s yours for the taking, and that what you make is most definitely brilliant, no matter what anyone says, then the work of making films can do a real number on your sense of self-worth. You need – or at least, I needed – a space of acceptance and encouragement outside the space of commerce and judgment. Montreal for me was that space.

The featured image shows Montrealers, including the author Brett Story, waiting for a music performance under an underpass in the Mile End neighborhood.

Brett Story is an award-winning nonfiction filmmaker based in Toronto whose films have screened at festivals internationally, including the Viennale, True/False, Oberhausen, It’s All True, and Dok Leipzig. Her latest film, The Hottest August, is in select theaters through Grasshopper Film from November 15. Story’s 2016 feature documentary, The Prison in Twelve Landscapes, was awarded the Special Jury Prize at the Hot Docs Canadian International Documentary Festival and was a nominee for Best Feature Documentary at the Canadian Screen Awards. The film was broadcast on PBS’s Independent Lens in 2017. Brett holds a PhD in geography from the University of Toronto and is currently an assistant professor in the School of Image Arts at Ryerson University. She is the author of the book Prison Land: Mapping Carceral Power across Neoliberal America, and her writing and criticism have been published widely. Brett was a 2016 Sundance Institute Art of Nonfiction Fellow and a 2018 Guggenheim Fellow in film and video. 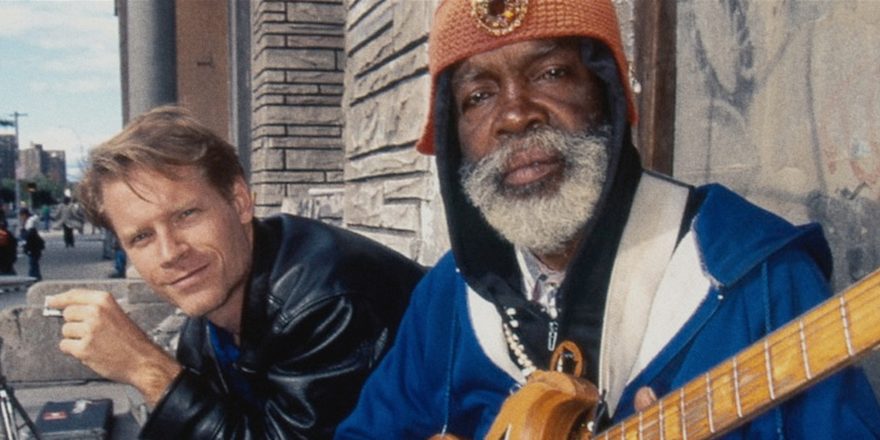