I’ve been into drawing for as long as I can remember. I actually have a few relatives who are visual artists—including my grandma—who have always been very supportive of my interest in art. If you look at the underside of the kitchen table in my parents’ house, you’ll find what they call “Abby cave-drawings”: A collection of scribbles and an attempted sketch of a Pokemon called Gastly. I texted my dad and asked him to remind me exactly what they were and, bless his heart, he got on the floor in order to send me pictures.

I became fascinated with Japanese manga comic books starting in elementary school. My mom worked as a librarian at the Jones Library in downtown Amherst, so I grew up with books being a regular part of my life. Ironically, I always struggled to find things to read. I have a very short attention span and that seemed to make me resent the process of “getting into a good book.” So, when I discovered manga comic books it felt very easy to follow the storyline. Even when I couldn’t understand something, I didn’t mind because there was so much more to consume other than words. This is probably what drew me to comics. That, and there was a private love-seat in the manga section of the library.

Now, somehow, I’ve drawn one myself. It’s nowhere near the length of the books I use to read, but it’s something I’ve always wanted to try my hand at. The idea came about last year when I started posting portraits I’d drawn of friends on my Instagram. I had just gotten a drawing tablet and was trying to figure out my “style.” They weren’t super artistic and detailed portraits, but also not over-the-top cartoony. I just wanted to practice drawing, but also have it be something I knew other people would enjoy. I then posted a portrait I drew of our band, and that’s what led to a whole slew of requests for a Potty Mouth comic.

At the time though, I had no idea what kind of story to write about our band. What was something people would want to know about us that you couldn’t just go on Facebook or Instagram and see? It wasn’t until we finally solidified our album release plans that we came up with the idea. Why not include a comic with our record as a way to give fans a glimpse into what we’ve been going through leading up to this release? It would be so much easier for people to digest, and a lot less dramatic than a long, written-out post. It’s something we’ve alluded to in interviews but prefer not to dwell on, so conveying it in a fun, simple way felt like the best of both worlds.

Ally, Victoria, and I came up with the plot together pretty quickly. We knew we wanted to include a joke about being afraid we’d end up playing the same old songs from our first album for the rest of our lives, so that’s what we decided to start off with. Once I had an idea of what the storyline would be, I had to sit down and map it out. I got my notebook and sketched out a simplified version of all the panels with everyone as stick figures and used bullet points for what the dialogue would be. I also drafted up character designs of the three of us to show my bandmates. I kept finding myself getting sucked into making each panel too detailed, so having a basic version of the drawings to reference was really helpful. I also decided early on that I would draw the whole thing in black and white. I knew if I had to take color into consideration it would take me ten times longer to draw, so having a limited pallet kept me from dwelling on anything for too long. A friend of mine lent me Locas by Jaime Hernandez, which is all in black and white, and that was a great reference. The comic doesn’t even use shades of gray!

It’s been a really good outlet for me to have another creative project other than music. The music industry moves so slowly. From writing, practicing, recording, and eventually releasing, it can take years for your work to be recognized. It’s really frustrating to be excited about a new song you’ve written but know that no one else can listen to it, and probably won’t for a while, which is kind of the sentiment behind the story in the comic. Being able to do something creative and put it right out into the world is a great feeling, and I’m excited to share a new side of myself with everyone. 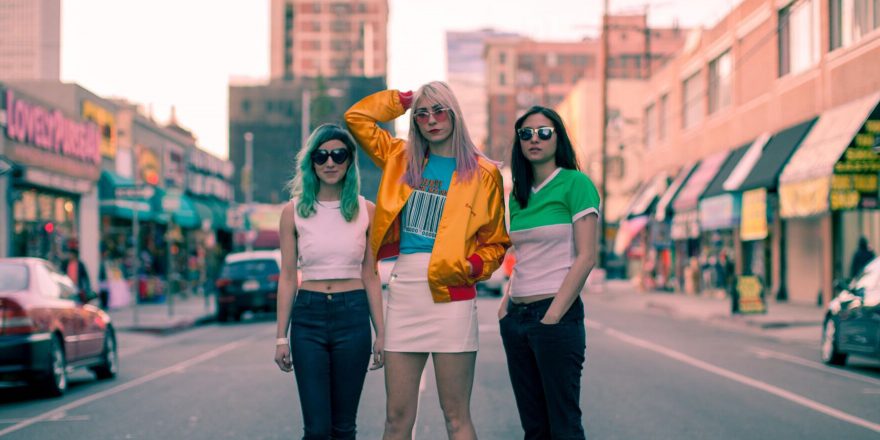 Do Karaoke with Potty Mouth… Kind of 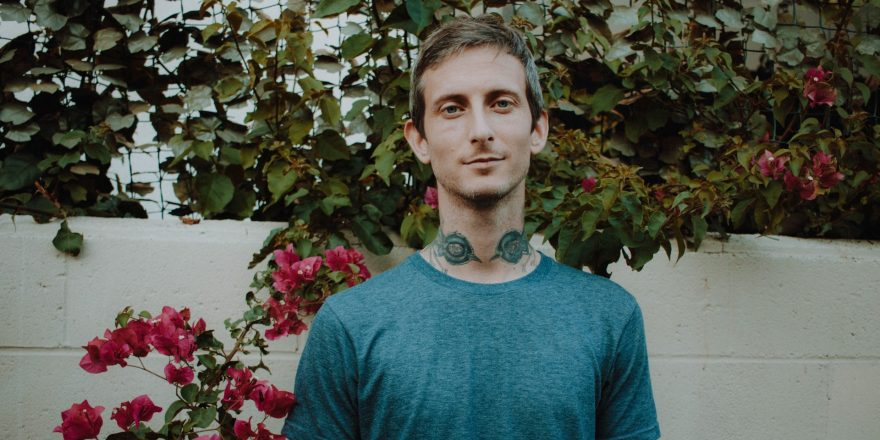