Catherine Hardwicke is best known as the director of Twilight, which launched the worldwide blockbuster franchise, The Twilight Saga. She also directed Miss You Already, Red Riding Hood, Lords of Dogtown, Miss Bala, and the critically acclaimed Thirteen, which won numerous international awards. Hardwicke has also ventured into television, directing episodes of This is Us, Hell on Wheels, Low Winter Sun and the pilots of Reckless and EyeWitness, and her latest show, Don’t Look Deeper, a new series for Quibi, is forthcoming later this year. She started as an architect and then went on to production design over 20 films by directors such as Richard Linklater, David O. Russell and Cameron Crowe. (Photo by Nick Wall)

First, I want to celebrate Sony Pictures for making Miss Bala. The film stars a woman of color – Gina Rodriguez! It’s an action movie directed by a woman (me!) and edited by a woman of color (Terilyn A. Shropshire). Ninety-five percent of our cast and crew are Latinx and the film was shot entirely in Tijuana – with four key scenes shot right next to the border wall. And the film was greenlit and shot before the Weinstein scandal broke. Yay, Sony!

I bring up Miss Bala because it’s 2019 and we need to check in with how the gender report card is looking. Post #MeToo, #TimesUp and all the articles, think pieces and spotlights shining on the problem of women’s position and treatment in Hollywood, where are we now? Are things better or worse?

The answer seems to be both better and worse.

The Better Side: Among the good news, this year has the most women nominated ever for an Oscar. And, outside the entertainment business, we have the most women ever elected to Congress.

The Worse Side: The most recent gender study showed that fewer films in the 2018 top 100 box-office hits were directed by women, compared to the previous year. No female directors were nominated for an Oscar or a Director’s Guild Award this year for best feature. No films directed by a woman were nominated for Best Picture.

How do we take these setbacks in stride and keep moving forward?

Women in Film, the Sundance Institute, the Geena Davis Institute on Gender in Media, Re-Frame – and hundreds of other women’s organizations across the country – stress several solutions.

As Re-Frame says: we’ve got to change the culture, the pipeline, and make a strong business case.

1. Culture: We need to eliminate sexual harassment and violence in the workplace and give more women a place at the leadership table. We have to blast past the good ole boy network. A couple of years ago, I directed a pilot and pushed for gender equity in the crew. As an early hire, I wanted a female First Assistant Director. The male Line Producer told me that he wanted to hire a 1st A.D. that he had “been in the trenches with,” since this was a difficult show. Every A.D. he had worked with was a man (…what a coincidence). I told him, “You’ll never be able to ‘work in the trenches’ with a woman if you don’t hire one!”

He finally relented and hired a terrific woman who crushed it. She was hired to stay on and finish the series, but as soon as my episodes wrapped and I was on a plane, he replaced her.

We are still up against this systemic gender bias and we have to keep inspiring people in positions of power to do better. Not to just hire the default, easy solution. (“But there are only two female sound mixers.” “Great! Let’s hire one of them!”) Look harder for a qualified candidate. Dig deeper when a reference says a woman was “emotional” or “difficult.” See through the gender-biased code-words and give a women a shot!

2. The Pipeline: How do we get more women hired to direct films? One classic “excuse” needs to be re-thought. I often hear: “We want to hire the best person for the job, whether they are a man or a women.” It sounds gender neutral, but look where that line of reasoning has gotten us!

The “best” person will usually be the person with the most successful box-office track record. Every year, 93 to 95 percent of the top-grossing films are directed by men. So every year, more men accumulate a more successful box-office track record; thus more men are the “best” person for the job. The “best person” line of reasoning perpetuates the cycle.

We have to eliminate this excuse and broaden one of the major criteria for the “best person.” We need producers, studio executives and financiers to give more women more chances! And not just chances to direct films, but the marketing dollars and support needed to help the films thrive in our crowded marketplace – and the crowded awards season.

For example, a powerful film like Debra Granik’s Without a Trace literally disappeared from the Oscars without a trace … partly because it had a small release and there was no push for it come award season: no special screenings, dinners, star-studded parties, or big splashy ads.

How can we help support the pipeline of women directors? One way is mentorship. Women (and men) helping women at the beginning of their careers and even mid-career. Help women strategize, make connections, make strong decisions.

3. Business Case: As half the population, women need to support projects with the force of the almighty dollar. Find out which films are directed by women, written by women, shot by, edited by, etc., and go see them on opening weekend – with your friends and family. Post about them on your socials – spread the word!!! Women directors need more films like Twilight, Wonder Woman, and Mamma Mia! to use as ammo to help other women get their movies made!

Catherine Hardwicke is best known as the director of Twilight, which launched the worldwide blockbuster franchise, The Twilight Saga. She also directed Miss You Already, Red Riding Hood, Lords of Dogtown, Miss Bala, and the critically acclaimed Thirteen, which won numerous international awards. Hardwicke has also ventured into television, directing episodes of This is Us, Hell on Wheels, Low Winter Sun and the pilots of Reckless and EyeWitness, and her latest show, Don’t Look Deeper, a new series for Quibi, is forthcoming later this year. She started as an architect and then went on to production design over 20 films by directors such as Richard Linklater, David O. Russell and Cameron Crowe. (Photo by Nick Wall) 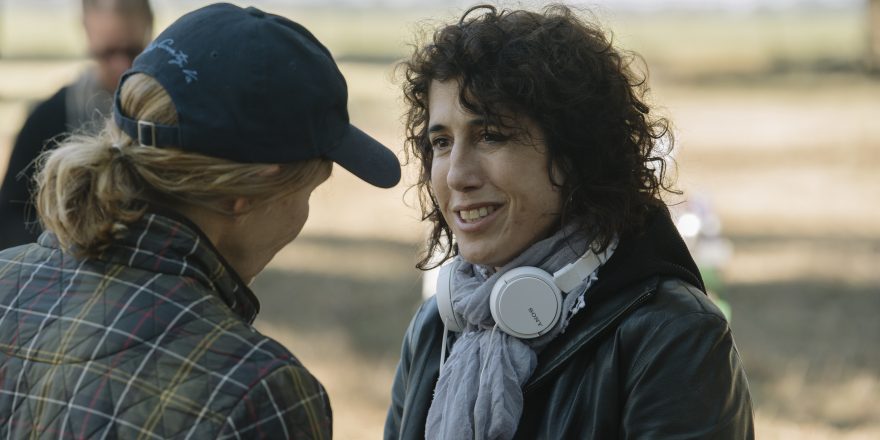 The Rules of Engagement: Sexual Politics in Filmmaking