which is, in and of itself, a tricky and vaguely contentious thing to write or say in public.  but i do.  i don’t like what i know about some aspects of his personal life. (and the less you know the better, to be honest.)  but i like his music.

i even, and non-ironically, like the mega-epics, like “i believe i can fly.” i love that his voice always sounds pained, even when he’s singing about ostensibly joyful things (like threesomes and divine intervention).

and i think that trapped in the closet is one of the most fantastically baffling things ever created by a musician (up there with 1995’s tilt by scott walker and peter wyngarde’s 1970 when sex leers its inquisitive head).

so when i was asked to write about black panties, his twelfth album, i was conflicted, as:

a) i’m an r. kelly fan, and thus not all that objective.

b) i do my best to pretend that the stories about him and underaged girls aren’t true.

c) i wondered if my piece could be informed by the bruce springsteen quote “judge the art, not the artist.”

d) i’ve never written about an album before. (which is probably pretty apparent at this point, or soon will be.)

i say all this to establish, up front, that i want, and wanted, to like black panties.  and parts of it are likable.  maybe in discrete bits.  maybe.

but overall, and to be honest, it’s a hard record to get through.  which pains me to say as, again, i really want, and wanted, to like it.

on my second listen i found myself almost becoming numb to the endless and tourettes-y pussy tautologies.

i’m not opposed to the occasional song about reproductive organs, but almost every song on black panties is about pussy.  or fame.  or pussy and fame.  or famous pussy.

in fact “marry the pussy” almost seems like lucky’s soliloquy from waiting for godot, but even more feral and informed by a night of bottle service in reno.

and again, feral and tautological are not always bad things, but somehow the end result of black panties is a tautological numbness.

the sex on black panties seems more like something you’d hear at a qualification at an slaa 12-step meeting than anything actually sexy.

he’s an odd and difficult and idiosyncratic musical genius, which is why it’s hard for me to write anything snarky or negative or critical about black panties.  i really want, and wanted, to like it.

i wanted to get caught up in something resembling the strange pathos of “did you ever think?” i wanted to marvel at the accidental genius of something like “down low (nobody has to know).” but i ended up, after a few listenings of black panties, just feeling numb.

and i think, and hope, that he’ll go on to make amazing records in the future (not to mention, if we’re really lucky, trapped in the closet 2.0). maybe his label should lock r. kelly in a studio with a microphone, a piano, an old drum machine, an eight-track tape machine, and an arp solina for a week, and at the end of the week i’m sure he’d emerge with the best r&b record ever made, or at least something deserving of a place in the canon.

and if you haven’t read klaus kinski’s autobiography (alternately titled kinski uncut: the autobiography of klaus kinski and all i need is love: a memoir depending on which edition you find), well, you probably should. it’s a two-part tautology.  part one: sex. part two: him wanting to kill werner herzog.  and that’s about it (although to be fair it’s really 90% sex and only 10% wanting to kill werner herzog).

and now i’m feeling like a guilty fan.  r. kelly has made great records, and will hopefully make more great records. (and movies.  i mean, you’ve seen trapped in the closet?  it’s just so amazingly baffling.  granted, i was drunk when i watched it, so my perspective might be kind of skewed.) so i don’t want to be pointlessly critical, but i can’t help but feel kind of numb and tired after listening to black panties.

and who knows, maybe the world will embrace this record and i’ll be the only person to not like it and it will go on to sell a trillion records and i’ll be mocked for being blind and wrong.  for r. kelly’s sake i hope that ends up being the case.  but if not, someone should find a studio with an eight-track tape machine and a piano and a drum machine from 1972 and make r. kelly stay for a week. 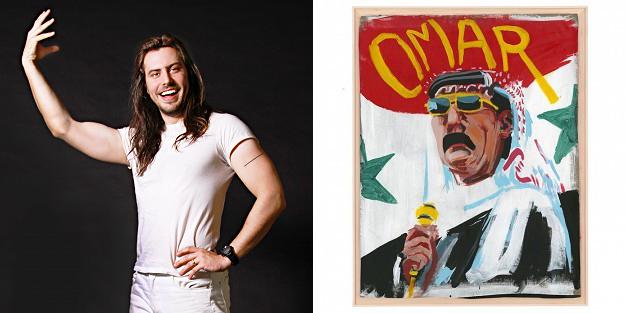