I wrote an album with a man who was on death row in Arkansas about seven years ago. He and I never spoke on the phone or met in person — until he was released a short while back. The only communication we ever had was through letters. This process caused me, as an artist, to use very different instincts than I would normally rely on when in the same room with a collaborator. My belief is that this close-your-eyes-and-see approach has the ability to supercharge the material and bleed life into the soul of a song much more profoundly than traditional measures. If you are able to make a higher sort of connection with the person you are being creative with, magic might happen.

It feels like that magic was achieved on Minor Victories’ self-titled debut album. I was first excited to hear this record because the lead singer, Rachel Goswell, is in a band that I love called Slowdive. Along with Mogwai’s Stuart Braithwaite, Editors’ Justin Lockey and his brother James, Minor Victories completed the entire record — which features Sun Kil Moon’s Mark Kozelek and the Twilight Sad’s James Graham — before all four band members had even met.

It was only after I had become familiar with the album that I learned this information, and it made me appreciate the work even more. This type of music is perfect for this sort of collaboration because it sounds so heady and cerebral to begin with. I love this band. I love this album.

The first track, “Give up the Ghost,” sounds like a gentle wind rolling up to the door to your mind, where it knocks. On top of a perfect sea of swirling sound, Rachel Goswell rides the building measures perfectly to deliver what comes across as some kind of a warning. You can hear the winds of the song blowing as the first chorus kicks open the door and sets up a beautiful collection of work: “When you act like I’m nothing to you/Make me feel like I’ve been replaced/I could tear you apart/Leave a brand new scar/Better give up the ghost before it wakes.”

A few songs later come “Scattered Ashes” and “Folk Arp”; the latter has become one of my favorites. Like water dripping to the cadence of a clock, the song hypnotized me and lulled me forward, deeper into the soul of the album: “Can you feel this warmth holding us/with encompassing love?/And do you know why the/contours they change as we begin again…”

Something takes hold of me and quiets the world created here. The quietness is pierced by the vocal track perfectly and beautifully. The lines of the verse roar as they are delivered in just about a whisper. Goswell’s voice floats atop the arrangement. The record turns a corner here: “I no longer bleed/No more must I heal/as we begin again/Take my hand and walk with me now.”

I automatically gravitate toward the structure of this record as well. The sounds alone make me want to listen to it over and over. I didn’t think people created music that sounded like this anymore. It certainly holds true, sonically, to what we heard in ’90s alternative and gothic music. The bending strings and running melodies. Straight-ahead songs and simple chord movement. The music is big and achieves cohesiveness out of its natural chaos. Track six, titled “Cogs,” is a perfect example of this.

By track nine, “The Thief,” I start to sense something within the record that makes me think of an infant and the relationship and connection to something or someone — I think because of some of the instruments the band uses, driven by percussion. I won’t attempt to try to interpret any of this, but it does seem interesting based on how the project was actually produced and created. I thought it was worth at least mentioning within the piece because it is now recurring every time I listen through.

Minor Victories certainly goes out with a bang. The closing song, “Higher Hopes,” has all of the elements of a firm breeze, until a thunderous foundation of drums and noise comes in. It left me in a higher place oxygenated by the breath of the music as it undulated and built.

“These moments slip through our fingers like grains of sand/never to be lived again/mere reflections of their eternal worth/echoes that sound on long after we are gone/am I to believe that there is more to this/as I stand before you here with open arms/facing up to nothing less than higher hopes.”

While listening, I experienced the album from the inside out. This is what music sounds like before it is born into the physical world, captured in utero in its purest form. Perhaps that is the connection I sensed when I compared the timbre of the instruments to infancy. This record is wonderful because the end result isn’t just a listen-through but an experience, one that came along unexpectedly, like an old friend I hadn’t seen in years.

One should not take lightly the way in which this album was created. These four artists, who barely knew each other, created a body of work that has the power to move you. That is unique and not often done or accomplished so effectively and with such heart. I was swallowed up and soaked in the sound of Minor Victories’ new record. 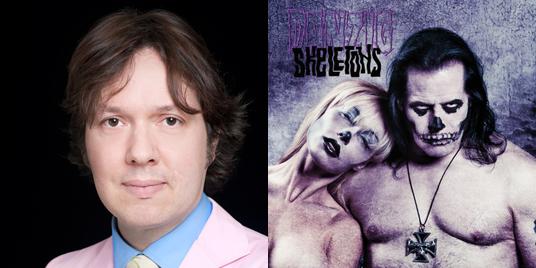 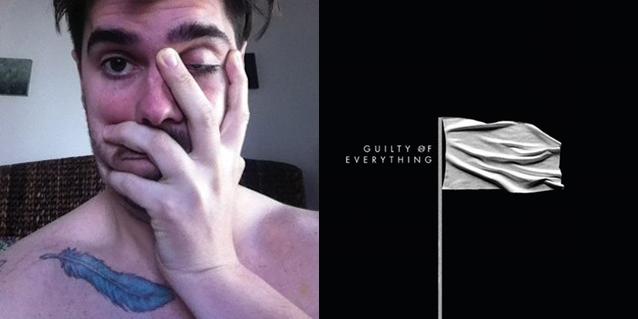