In 1993, I was working at a Subway restaurant in Santa Fe, New Mexico. I was a freshman in college, and my co-worker was a recent high school drop-out named Elijah. (Pronounced Eli-guuuh — with a hard “g.”)

As I loaded rubbery bars of “chicken breast” from cardboard box to metal tray filled with tepid water, Snoop Dogg’s “Gin and Juice” came on the radio.  The radio edit of “Gin and Juice” that jumbled every fourth word of the song was in regular rotation and played at least once every 20 minutes. “AWW hell yeah! Indo and gin and juice!” Elijah said through a mouth crowded with dirt-yellow facial hair and stolen chocolate chip cookie smears. “That shit is gangsta! This song is describin’ my life!”

I questioned the truth of Elijah’s statement, as I’m sure his stepmom who came to pick him up would’ve too. Elijah was kind of a piece of shit. Liking Snoop Dogg and hating working at Subway were the only things we had in common. But Elijah was right to be excited.

At the time, Snoop (or Snoop “Doggy” Dogg, as he was called back then) was the most successful and buzzed-about artist in hip-hop to never have released a solo record.  His star turn on Dr. Dre’s massive solo album The Chronic (1992) had pretty much made him a household name, and he seemed to be breaking even in the most ardent “rap is crap” circles of metal and punk guys.

It must be intimidating if your first couple of albums (The Chronic pretty much counts as at least half a Snoop album) end up being huge and influential. How do you sustain that? Ideally, you die. Dying after a few game-changers is the best! People make documentaries with animation about you. You continue to have your poster in Spencer Gifts stores. You get a big studio biopic, along with a shitty cable TV biopic.

For artists who serve as linchpins for pop cultural change, it’s rough after the early, big break-out albums. At some point, you get into those middle years that no one talks about much, where you have to try a bunch of new shit that maybe isn’t all that successful before you get rediscovered and have a “return to form.” Johnny Cash wrote a sci-fi novel and filmed a biblical musical about a blonde Jesus with a surfer dude haircut. But we mostly just remember him either looking young and badass or old and frail and somehow even more badass.

And now Snoop brings us Bush, his thirteenth album. Bush is an album by a rap legend who only raps maybe three bars on the entire album. Hell, Snoop rapped more on the reggae album where he changed his name in order to reinforce the idea that he wasn’t going to be rapping. On first listen, it is somewhat jarring to get six tracks of Auto-Tune crooning before getting any of Snoop’s signature flow. But, once you settle yourself into the idea of what is being delivered, it’s possible to have a pretty good time with it.

The Neptunes, AKA Pharrell Williams and Chad Hugo, handle all the production and, not to harp on the not-rapping, it seemingly would have been a great fit with Snoop’s laid-back flow. It’s pretty clear the three of them came to a solid plan and went all in on trying to make a Parliament-meets-Prince record. They decided to go pretty liberal with the Auto-Tune, but at least it’s not quite T-Pain-level annoyance.  The negative end of this is that I miss the previously dry, quiet, and sometimes playful quality of Snoop’s voice. The positive is that the Auto-Tune adds a bit of an artificial druggy vibe that enhances the drugs someone should probably be on while listening.

Lyrically, Snoop sticks to familiar subject matter: marijuana culture, funk dance steps, California, reminding us what his name is and how it’s spelled. There are ten quick tracks, with a handful of cameos buried in the mix. It doesn’t feel like this record was made for popular radio consumption in expectation of crossover sales numbers, but it doesn’t feel like a throwaway either. I think Snoop really wanted to make a record to play on a loop at one of those Pimp Balls he goes to with Archbishop Don “Da Magic” Juan. These tracks would play just fine as the soundtrack to drinking from a gaudy chalice under disco lights.

The album opens and closes with solid tracks. “California Roll” starts off Bush and features Stevie Wonder and Pharrell. The fact that Stevie stays pretty low in the mix, and you have to scan the aural air looking for him behind Pharrell, somehow doesn’t diminish the dumb fun of the song, which is about getting a license to buy weed in Los Angeles. Good for them, because the law is the law.

“I’m Ya Dogg,” featuring Rick Ross and Kendrick Lamar, closes the record and showcases the best rap verses on the album. Kendrick really makes the track with an odd, angular flow and his ability to rhyme words that don’t rhyme. (“You take mine off, then hallelujah/…count my blessings, spin around two times.”) “Peaches N Cream” is the standout track; it feels like the pinnacle of achievement of what a Pharrell and Snoop combo should be. It has Snoop alternating laconic rap flows with R&B crooning, with Charlie Wilson providing backups. It also has some fun, dumb, memorable lyrics about ass size and getting literally everyone high (“Everybody in the world/fill your body with smoke”) and “Freak don’t fail me now” shouts. It feels like it gives us a little of all the things we like about Snoop.

But the results are a bit mixed on the intervening eight tracks. Sometimes the album starts to feel monotonous, like Snoop is repeating the same flow, or maybe that’s just the way the Auto-Tune makes it feel. T.I. kinda phones in his verse on “Edibles.” Gwen Stefani backs up Snoop on “Run Away,” and maybe I just don’t have enough objectivity to give a song with Gwen Stefani a chance, but it really just feels like a song with Gwen Stefani on it. You know what I mean? That’s probably just me, though. It seems counter-productive to spend time poking too many holes in a fun album that is essentially named Pot. It’s Snoop. He ain’t trying to be the young game-changer. Kendrick is around to be that guy right now. Maybe that’s why he is thrown on the last track. Maybe Snoop is subtly saying that he hopes Kendrick gets the chance to sidestep making serious art in 25 years and just have fun. Or maybe I’m overthinking it again.

Maybe Snoop will team up with Pharrell again for a pure hip-hop record. Maybe we’ll see a Snoop reunion with Dre…or not. Maybe we’ll see a Snoop metal album or a TV show where he and the rest of the Dogg Pound go to haunted houses and try to smoke out ghosts. But no matter what, I’m down. I’ll listen and take a puff for Elijah, wherever he is. Most likely still in the spare room at his stepmother’s house. 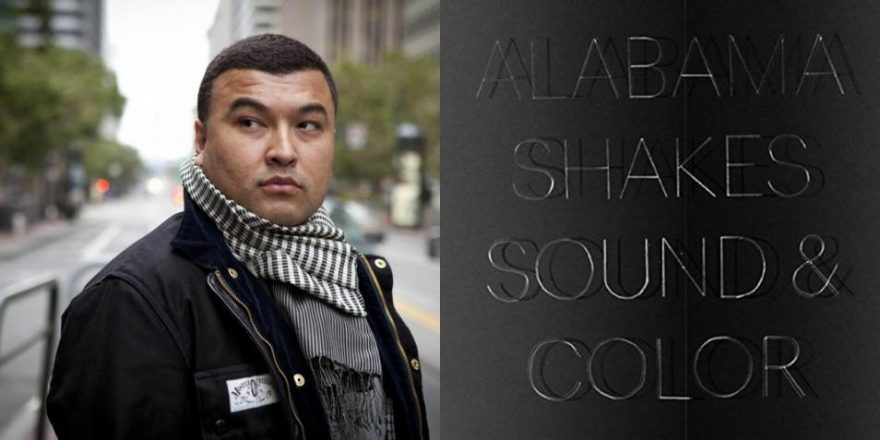