If you are reading the Talkhouse, I’m guessing you’re probably not an avid auto racing fan. NASCAR is the second-biggest spectator sport in America, but in places like L.A. and New York, it might as well not exist.

Just a few years ago, I realized that I couldn’t name three NASCAR drivers, and not only that, neither could any of my filmmaker friends. That seemed weird and embarrassing to me. We were a group who considered ourselves curious and open-minded — how could we know so little about this hugely popular aspect of our own country’s culture?

So I decided to make a documentary called Racing Dreams. It followed two boys and a girl, all around 12 years old, who raced go-karts in what is essentially Little League for NASCAR. (To use the term “go-karts” is a little misleading; these vehicles go 70 miles per hour.) The kids were charismatic, funny and smart, and the racing was dangerous and thrilling. Over the course of making the film, I became a convert.

It might be the only point of similarity I can claim with Paul Newman, but I discovered recently, while watching Adam Carolla and Nate Adams’ entertaining and affectionate new documentary, Winning: the Racing Life of Paul Newman, that he too had a “road to Damascus” moment triggered by shooting a film about racing. In 1969, he was cast as a race-car driver in a movie called Winning. He enrolled in a racing school to prepare for the part and, according to the documentary, his life was never the same.

Newman became passionate about racing — or “boring” as Robert Redford tells it: “that’s all he’d talk about.” He obsessively studied the sport, drilling and practicing, just as he had done with acting. According to Redford, Newman “wasn’t that good” when he started acting (who knew?), “but as he worked and developed and worked and developed, he became a very good actor.”

Eventually, Newman became a professional driver, winning national championships, forming a professional team and, among other things, clinching a second-place finish in the grueling 24-hour race in Le Mans. As Redford says of his friend, “He wasn’t divided between racing and acting. Acting was second to racing.”

For the uninitiated, I know it can be hard to understand what there is to love about racing. When I was shooting Racing Dreams, the mother of an 11-year-old prodigy named Annabeth Barnes, told me, “A lot of people don’t understand racing. They think it’s just cars going around in circles. But we don’t understand baseball. To us, that’s just guys standing around in a field, hoping someone will hit ’em a ball — and they might not even hit it to him — so we think that’s crazy.…”

I loved that line because it was a beautiful reminder that everything seems absurd when it’s viewed from the outside — whether it’s racing or baseball or making movies. But once you dig inside a little bit and start to understand, say, the intricacy of racing strategy, a blurry part of the world suddenly comes into focus, and life becomes a little bit richer.

Early in Carolla and Adams’ film, Newman explains why he’d consider trading in a movie career for a racing career. Like acting, he says, racing “has its audience, its cast, its drama, comedy — and sometimes its tragedy too.” But it also has an inescapable realness that is lacking in Hollywood. His movies won a good number of Academy Awards, but “with the Oscars, people vote, they say ‘him’ or ‘her.’” With racing, it’s not a matter of opinion. You cross the finish line first or someone else does. There’s no marketing buzz or Weinstein fairy dust — just physics, skill and guts.

One of the starkest differences between the world of movies and the world of racing is that Hollywood reveres glamour and exclusivity. Stars show up for velvet-rope parties in limousines and walk red carpets in designer dresses — and fans love them for it. But in racing, fans will turn against a driver who gets too big for his britches. Even the winningest, wealthiest NASCAR drivers are expected to remember and respect their roots— to wear a baseball cap and drink Bud like everyone else. They are expected to be accessible in ways that no other sport demands, to mingle with fans in the pits and to spend scheduled time signing hundreds of autographs at every race.

For the cynical, this “regular guy” pose may seem insincere, but the fact that it’s held up as the ideal says something about racing culture. According to Winning, that attitude was part of what Paul Newman loved about the track. He slept in the team’s trailer during races rather than shuttling in from the Four Seasons. He enjoyed being — and being treated as — just another racer, and his humility and decency shine through in the film.

His uneasiness with the idea of celebrity affected more than just his interest in racing. When Newman and a pal decided to open a side-business to sell salad dressing, which for years Paul had been brewing as gifts for friends, everyone encouraged him to put his name and face on the label. He resisted, saying it would be obnoxious and embarrassing, but finally made a proposal to his partner: the company could use his name and face, but only if they gave all of the profits to charity. Twenty-three years later, Newman’s Own has given away more than $400 million dollars to non-profits around the world.

One of the kids in my documentary Racing Dreams has a father who wrestled with drug addiction and was frequently in prison. At one point the boy says, “When I come to a race, I don’t even think about what’s going on at home. Everything goes away. I don’t think about anything… except racing.” For Newman, the sport seemed to have the same effect. When his son died of an overdose, he threw himself deeper into racing and explained, “When you get out to that track and you sit down in that car, whatever it is that’s roiling around in your head, it just goes right out the window.”

The relief that deep focus can bring is probably familiar to anyone who has spent days in an edit room or writing a script. I think anything that requires such total focus might have that same effect. For me, working in film can be transporting, as the hours melt away.

Paul Newman died as I was finishing Racing Dreams, and at the end of the credits I dedicated the film to him: “an inspirational actor, philanthropist, and racer.” No doubt, he will be remembered above all for the first of those roles, but as Winning shows, he straddled all three with a singular passion, skill, generosity and authenticity. 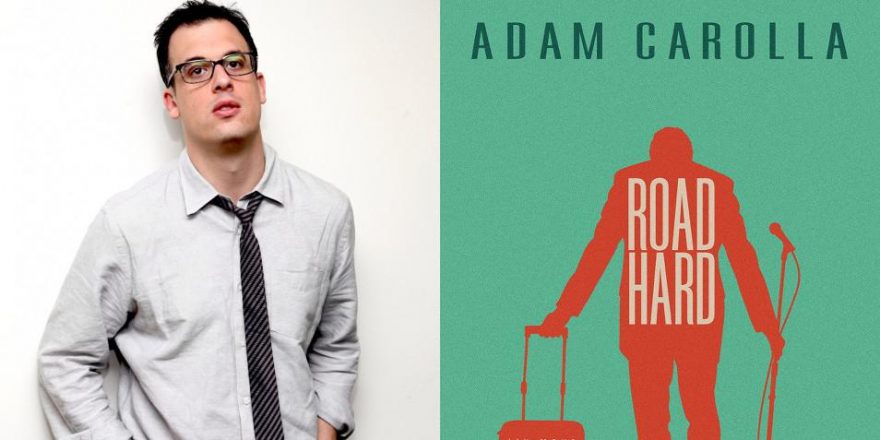