Over the past decade or so, “drama” has basically become a dirty word in Hollywood. And “female-driven drama” is even dirtier. Trust me, I’ve tried pitching them a few times and the reaction is a little uncomfortable, like, “Really? Are you sure you can’t add some graphic violence? Or a car chase, maybe?” Or it’s, “So, there’s a lady, right? How about gratuitous nudity? OK, outside-the-box idea: How about we make it star a 40-something man so we can finance off something?”

There was a time when dramas were churned out regularly to an eager audience. They made money, they garnered awards, they provided meaty roles for A-list actors. But somewhere around 9/11, Hollywood decision-makers decided that Americans wanted lighter, easier fare — movies that allowed them to escape from their lives — and studio dramas began to dwindle away. Independent filmmakers have taken up this mantle, but it’s no walk in the park to get them made on the indie level either (see above conversation and just swap out the studio exec for an enthusiastic young bro with a bank account and a desire to party at Sundance).

I like humans. I like peering into their imperfect lives, examining their damaged relationships, embracing their complexity, celebrating them in all their flawed humanity. I want that in my film diet. Character and emotional depth are too frequently pushed aside in favor of visual showmanship, crazy contrivances or implausibly heightened reality. It’s a rare and lovely thing to discover a film that spends time with and truly takes an interest in the people who populate it.

Alex of Venice was that kind of discovery for me. It brought to mind one of my favorite dramas, Kenneth Lonergan’s 2000 film You Can Count on Me. I love a movie that can dive into minutiae and keep me riveted, focus on lives that are not extraordinary and find universality, and provide a platform for performances that feel lived-in, familiar and whole.

I’m a character gal, which by extension makes me a performance gal, so it’s always a treat to watch the work of a director who is invested in the nuances of his actors’ work. Alex of Venice was directed by an actor — and a really good one at that, Chris Messina — and the care he has taken to cast this film well and then allow his actors space to breathe is obvious. The camera lingers on his lead actress’s face for extended moments as her expression shifts in incredibly subtle ways, and the impact it has is considerable. Much of the credit for that goes to the fine actress whose face we’re scrutinizing so closely, Mary Elizabeth Winstead, who brings depth, pathos and uncanny honesty to this struggling, newly single working mother who is questioning the choices that have brought her to this moment in her life.

These character-centric moments are the key to the simple, restrained beauty of Messina’s film, and since I’m beating the drum for them, let me get specific and call out a few that really caught me:

Alex (Winstead) and her sister Lily (Katie Nehra) are talking about getting Alex laid. It’s a drunken conversation that leads to Lily declaring that Alex needs her “magic” dress for her quest. Alex, generally pretty buttoned-up and serious, is all lit up from the wine and the frank sex talk. But in the time it takes Lily to retrieve the dress, the light within Alex’s face dims. As she considers the reality of the scenario, she comes to the unhappy conclusion that she’s not ready to move past her recently defunct marriage yet. We watch this realization come, not in a flash, but in a gradual series of thoughts, as if she’s playing through the potential evening in her mind and it’s going from bad to worse.

Another is when Alex is talking to her laid-back, perennially stoned father (Don Johnson) about the person that she is and has always been. She’s ambitious, an environmental lawyer with a promising career that she takes very seriously. Noting something vaguely disappointed in his voice as he acknowledges how driven she is to succeed, she asks, “Is that a good thing?” He skirts the issue, replying, “Well, I don’t know where you got it.” Tears form in her eyes and she tries to smile through it, but she can’t hide the concern of wrong choices and missed moments in her voice when she says, “I don’t know if it’s a good thing.” It’s an equation most women grapple with — balancing their need to stake their place in the world with their need to love and be loved — and the complexities of that balancing act are fully present within Winstead’s delivery of that very simple line of dialogue.

One more. Alex has invited a work crush, Josh (Timm Sharp), over to “work with a bottle of wine” at her place. She’s flirting with him and he seems to be reciprocating. But then her sister Lily walks through on her way out for a date, shortly followed by Alex’s dad, who further disrupts the moment with some erratic behavior (later determined to be the result of a declining mental condition). When her family clears the scene, Alex tries to shake off the incident and get the conversation back on track, saying she can’t remember what they’d been talking about. Josh responds by asking how anyone would be able to concentrate after seeing her sister in that dress. In this moment, Alex realizes that she’s not an object of desire. She’s so far from desirable to this man, in fact, that he sees no issue in commenting on the desirability of her sister in the midst of what she had heretofore been considering a date. There’s no close-up, no broad change in demeanor — just a small, heartbreaking shift as Alex digests this new information and proceeds accordingly with a new, altogether different concept of the dynamic of their evening.

These are the kinds of moments that make a film for me. Moments that feel organic and familiar, evoking those times when you realize you’ve read a situation wrong and you have to swallow that humiliation, or when you come face to face with the reality of your life and you’re not sure you’ve been doing it right, or when you have to see the other people in your life for what they are and not what you want them to be. When you accept that life is imperfect and will challenge you. When you invite in the frailty, the vulnerability, the insecurity, the doubt. Yes, you can find these kinds of moments in any genre of film but it is in dramas where they live in the foreground, where they’re elevated to a priority, where they’re examined with depth and taken seriously as the building blocks of everyday life. Alex of Venice is a welcome example of a drama content to be a drama, comfortable in focusing on the mighty, under-appreciated work that dramas can do. 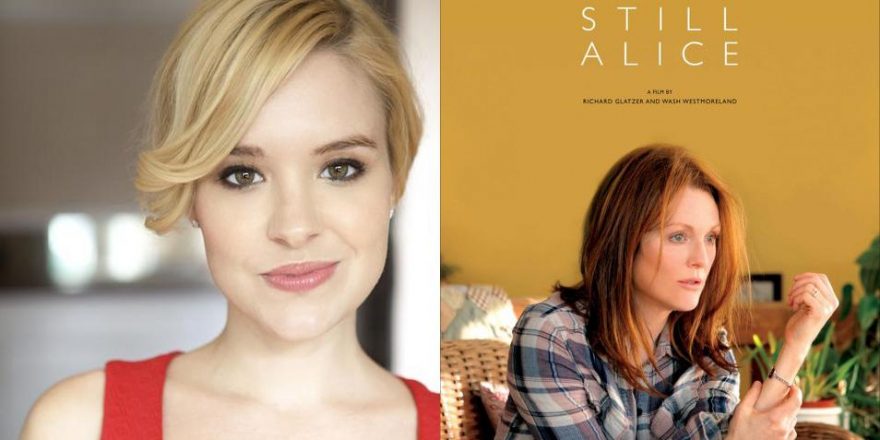