My first brush with Okkervil River’s Away was on a cramped hotel sofa in a strange town. My young niece, Ava, was scheduled for open-heart surgery at five that morning.

Earlier, I’d been surrounded by a parade of aunts, uncles, grandparents and squirrelly young kids — the mass Cheesecake Factory dinner followed by mass clothes shopping. Everything felt weird and loud, a pacifying measure to drown out the encroaching sense of the unknown. I had tried to take a walk that evening, but there wasn’t anywhere to go — aside from a series of empty strip malls. Worried about family and feeling out of my element, I just kind of stared into the middle distance…and listened.

I think of Will every time I make up a word like ‘horriblest’ or mix grand statements with talky shorthand.

I started writing songs when I was thirteen. They mostly embarrassed me, and no one really encouraged me except for my dad. There was a “Best Musician” contest in my middle school yearbook and someone entered me as a joke. It took years and hundreds of tries for me to finally flip and be confident, around my senior year of high school. Will Sheff, and his band Okkervil River, came around right at that turning point for me. His style — wordy, often extreme — is still an influence on me to this day. I think of Will every time I make up a word like “horriblest” or mix grand statements with talky shorthand.

I had been following Will’s music before that night on the hotel sofa, but Away revealed itself from a different angle. While I gazed at the pitch-black ceiling, “Call Yourself Renee,” the album’s second track, swirled around me — voices and wind instruments bleeding together. It’s a soft, glowing, jazzy arrangement, with elemental lyrics about trees and branches and divine energy. I was surprised to hear Marissa Nadler, another early favorite of mine, singing alongside Sheff. The song didn’t feel poetic, it felt egoless: “The world was right against our skin and it was right.” What a thing to say in a song — so pure and plain, like muscle memory.

By 6 a.m. I was posted up in the cramped and colorful waiting room. I hadn’t seen my whole family in the same room in years.

By 6 a.m. I was posted up in the cramped and colorful waiting room. I hadn’t seen my whole family in the same room in years. On the way to find coffee, I saw moms and dads receiving upsetting news against a cheerful backdrop of ocean scenes and Snoopy and Woodstock. Healing energy met real, heartrending loss. I had lots of time to be drawn further into Away, no stranger itself to bad news. “Comes Indiana through the Smoke” is a beautiful maritime anthem for Sheff’s grandfather, T. Holmes “Bud” Moore, who pops up elsewhere on the album. The choruses venerate Moore’s deeds on a battleship in WWII’s Pacific Theatre, but the verses take place at the very end of his life, with Sheff at his bedside: “This great big buzzing death-hole swells in the corner of the carpet, and nurses step around it.” Will could have been in the same jarringly lit hospital that I was.

Hour five. Everything else felt petty at that moment. I occupied myself by getting work done, but my day-to-day tending to songs and releases and my dumb career suddenly felt self-centered and small versus this looming behemoth. There’s a song for that, too, called “The Industry.” It’s a rankled pop song about the loss of business connections. I often tell people this, but the life of a musician actually consists of several highs that are pretty much evenly matched by waiting around, not really doing anything, and occasionally falling into despondency. Or, as Sheff puts it, a bunch of “people pissed at me for shit.” To wit: the entirety of Okkervil River, except Sheff and drummer Cully Symington, left the band before Away.

After a twelve-hour day of downtime, we got bad news: the procedure was unsuccessful, and my niece would be rescheduled for more invasive surgery in a month. There was no real outcome — just nothing, really. Everybody went home and it all left my mind for a while. I went on a West Coast tour with some international friends, then spent the rest of the summer wandering, attending any and every show or just exploring. I turned twenty-four and formed my first backing band, for my solo project Other Houses. I also returned to Away.

These songs feel so intuitive that I think Will Sheff’s been working toward this for years.

The second half of the album is bucolic and mystical, full of strange love songs. I strongly place the churning “Judey on a Street” at the eve of my birthday, with the whole band drinking beer and red wine in an isolated house during a rowdy recording session. The languid “She Would Look for Me” accompanied a drive to Santa Cruz, watching flocks of birds dip and cascade over the foggy farmlands. “The Industry” rang a bell while baking alive in Orange County, wearily emailing about PR and release dates and money.

These songs feel so intuitive that I think Will Sheff’s been working toward this for years. Since Okkervil River’s beginning, Sheff’s been lazily tagged by journalists as “literary” for his sometimes prose-like lyrics. This has been to his chagrin. “I don’t want to be some fop pretending to be a half-baked poet,” Sheff snapped in a 2007 interview with The Believer. “You’d have to tie me to a chair to make me listen to any Okkervil River record,” he insisted to Pitchfork. Now, more than ever, Sheff has made a record I can live in. I’ve listened many times, and I haven’t had to cross a Red Sea of references or consider any cleverness. It owes itself to the music Sheff is enthusiastic about. It’s a byproduct of its time and place. Away just is.

My niece’s second surgery was successful, and she’s doing wonderfully. I get to make music with incredible people, and I’ve been blessed with opportunities beyond a lot of people I grew up with. And I think Away reflects that for me, too. These are songs beaten by waves and blown about, consumed by erosion and change. But what Sheff lost uncovers a steppingstone to a deeper artistic place, beyond thought, language and craft. The very last song is my favorite; it’s called “Days Spent Floating (in the Halfbetween).” It feels improvised, almost occult in its strangeness. “In a cave lab, they took some time to reassemble my brain… Floral Jesus floats in a sky of warm toast.” Sheff’s brought up Van Morrison’s ethereal, ego-dissolving classic Astral Weeks (1968) for years, and Away is a record that can stand proudly beside it. It’s where Sheff surrenders, letting go of logic, of linearity, of the past, of the industry, of Okkervil River. I’m lucky to have it around.

album reviews
Away
Hollow Sunshine
lyrics
Morgan Enos
music commentary
Okkervil River
Other Houses
songwriting
From SNL to Other People: 10 Things I Learned Directing My First Film
Letter to My Dead Mother About the ’80s Actresses That Remind Me of Her 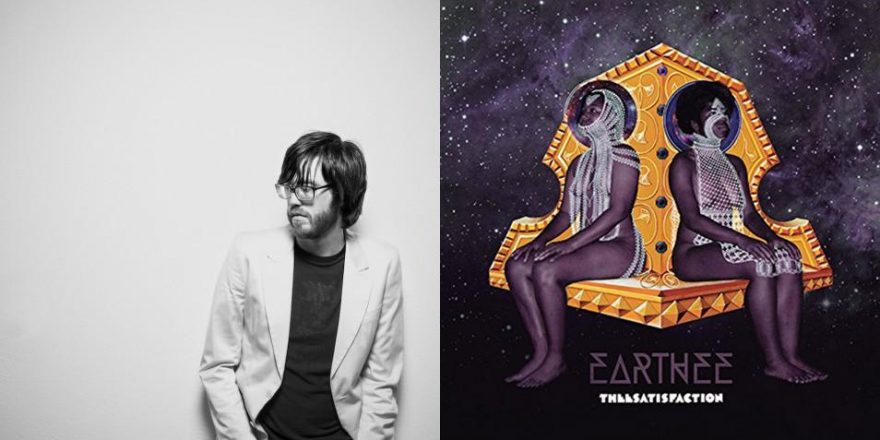