Will Sheff is the bandleader of Okkervil River, whose latest album is The Silver Gymnasium. His criticism and fiction have been published in McSweeney’s, Gawker, Magnet and the Austin Chronicle. Follow him on Twitter here.

THEESatisfaction is the duo of Stasia Irons and Catherine Harris-White, who go by Stas and Cat. The two were attending separate Seattle colleges in the late 2000s when they met at an open mic. Stas, a poet and spoken-word performer, heard Cat singing and fell in love with her voice. She worked up the courage to talk to her and the two became friends, then started dating, and then started making music together. They self-produced and self-released several EPs on Bandcamp, catching the attention of Ishmael Butler, the ex-Digable Planets frontman who had re-branded himself as Palaceer Lazaro and was in the process of recording Black Up (2011), the brilliant debut full-length of his new group Shabazz Palaces. Black Up was released by Sub-Pop, who subsequently signed THEESatisfaction and released their debut LP awE naturalE (2012).

awE naturalE shared some of the same qualities as Black Up — it had a similarly off-kilter rhythmic sensibility and its instrumentation felt like it owed as much to electronic music and jazz as it did to hip-hop, but it wasn’t as dense as Black Up and felt a bit friendlier. There was something uniquely appealing about the blend of these two women’s voices — vocally, they were both in a similar, deeper end of the register, so they didn’t stack up on top of each other so much as rub against each other comfortably; it often felt like Stas’ rapping would come in and finish up the thought that Cat was singing, or vice versa. The blend of earthier organic instrumentation, like piano and mbira, with weird delays and reverbs that obviously came from a computer created this acoustic/electronic dreamspace that didn’t feel quite real but didn’t feel quite fake either, like a little bubble universe just on the other side of your speaker, created for these two women to inhabit. Every now and then, like some friendly neighbor, Palaceer Lazaro would drop into this universe to pay them a visit, say some stuff, and then dematerialize for awhile, and then Cat and Stas would sing and rap and sing-rap about feminism, about positivity, about transcendence, about ecology, about sexuality, about mythology, all of it passed through a hazy, stoned Afro-futurist filter, clearing out space in their own corner of the same multiverse Sun Ra came from and returned to.

EarthEE, their follow-up record, doesn’t feel like a departure from that universe so much as a subtle expansion of it. The arrangements here are tighter and some of the hooks feel like they’re delivered with a more focused confidence, especially the title track’s ascending synth blips and the wonderful half-time slowed-down cycling vocal background in “Fetch/Catch.” The textures here are slightly less organic and more based around warm sawtooth synth lines, which imparts even more of a cosmic vintage spaced-out buzz to everything.

awE naturalE caught me off guard. It wasn’t something I was expecting, this cool, off-the-cuff, feminist electro-jazz r&b admixture, and it felt unpredictable and exciting. Sometimes Cat and Stas wouldn’t even sing or rap at all — you’d wait for them to come in and instead you’d just spend a little time in some pretty, miniature, uninhabited instrumental landscape. Or they’d come in and just sing “zero, one, one, zero, zero, one, zero, zero, one” for a little while. Maybe it’s something with the follow-up itself or possibly it’s just me, but EarthEE didn’t quite give me the same thrill. I think it’s because my brain has developed THEESatisfaction receptors now; those receptors know how to process what’s hitting them, and it’s pleasant but it’s not quite as intoxicating as Cat and Stas’s previous voyage into my brain, when they first bound those proteins and neurotransmitters together. I somewhat miss the ever so slightly more casual feel of awE naturalE, the “zero, zero, one” songs that felt more like dashed-out sketches. And some of THEESatisfaction’s melodies can feel repetitive and somewhat restricted in range, which I mind a little bit more this time than I did before. But these are the complaints of a spoiled fan and, as a musician, I hate it when fans do this to me, when they vaguely expect me to be some magical combination of different and the same that they can’t even properly articulate, when they privilege novelty over refinement, when they think inexperience is exciting and mastery is boring. So forget I said that, maybe? Because actually I really enjoy this record, maybe not in the way that you enjoy meeting a new friend in a whirlwind night out, but more like the way you enjoy catching up with that friend a couple of years later, when they are even more themselves.

One of the things I find most interesting about THEESatisfaction is their overwhelming focus on positivity. There is a very strong sense, on both awE naturalE and EarthEE, of music and words actually being able to change things, both in a kind of naïve way and in simply a practical way — the way music can change one single person, or a small group of people or a community of fans. THEESatisfaction’s lack of cynicism and the cosmic scope of their subject matter are both deeply appealing to me right now, when so much of hip-hop feels solipsistic or even narcissistic, when so much indie-rock feels like a cynical, tastefully curated blending of past influences, when so much electronic music feels empty and air-headed, when jazz is something a lot of people don’t actually listen to. It’s cool to know that Cat and Stas retain an old-fashioned belief in music’s power to do so much, to be so many things. But an occasional problem with this approach is that, in practice, it is incredibly tricky to say something positive and edifying and cosmic and political and not have the audience feel like you’re either orbiting miles above their heads or lecturing them to eat their vegetables. When I sense that music has a message, even a message I wholeheartedly agree with, I find myself getting antsy. I think for that reason my favorite EarthEE passages are the ones in which playfulness or pleasure or swagger or humor creep in, when I forget that they’re from outer space and start accidentally thinking they’re from Seattle. At moments like that, the message becomes simpler: music is fun, we are awesome, a beat is good, weed is great, we love each other and you’re invited, too. And then the bubble universe lowers down closer to my eye level, glitters and twinkles in front of me, and it looks so nice.

Will Sheff is the bandleader of Okkervil River, whose latest album is The Silver Gymnasium. His criticism and fiction have been published in McSweeney’s, Gawker, Magnet and the Austin Chronicle. Follow him on Twitter here. 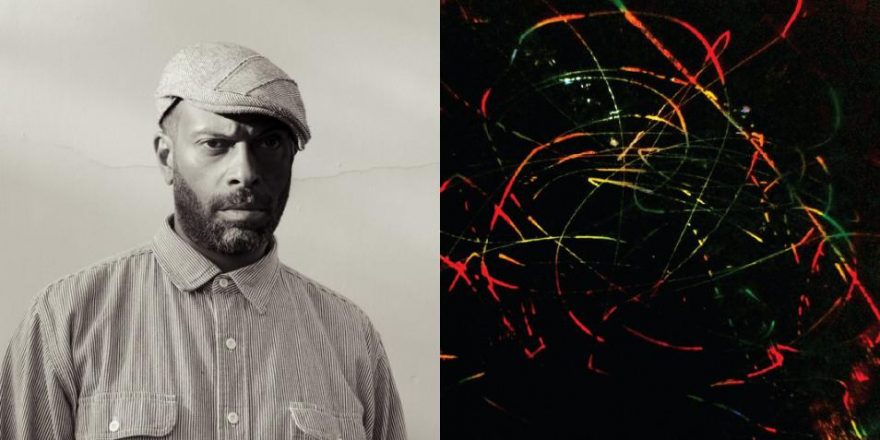