The French have a term, jolie laide, which translates to something like “attractive despite having ugly features.” I can’t think of a more appropriate way to describe Abyss, Chelsea Wolfe’s fifth and latest album.

Compared to anything else she’s released, the overt heaviness of this record is undeniable. Wolfe’s sound has evolved rather quickly from the one-woman home-recorded neo-folk of her 2010 debut for Sargent House, The Grime and the Glow (the first time most of us took notice of her) into the post-rock full-band ensembles on 2011’s Apokalypsis. The critically acclaimed Pain Is Beauty (2013) wasn’t a complete departure from previous releases, but the focus seemed to be on a surprisingly modern and studio-polished sound with Wendy Carlos-y synths and throbbing EDM-ish fervor, resulting in a fleshy, more seductive and certainly more danceable record (in that slow, languorous-movements-with-no-apparent-effort-whatsoever kind of way). If Pain Is Beauty left off with Wolfe turning up the lush and more gothic qualities of her music, Abyss sees her shedding her more sheepish standards, opting instead to bare some teeth and dime the “crush” knob for a release that’s at times as dark and brooding as anything in many of metal’s slower-paced subgenres.

There’s no doubt that Abyss will excite Wolfe’s fan base, but with her existential lyrics, achromatic aesthetics and lavish use of distortion, I’m sure this will also appeal to a whole new audience of today’s more open-minded metalheads. This record won’t propel Wolfe further into household-name culture any more than the appearance of “Feral Love” in last season’s Game of Thrones trailer already has, but I imagine her career diffusing further into the darker corners of indie culture before I can see her doing any Super Bowl halftime shows.

I doubt we’ll see this record charting in multiple categories, but regardless, I still wouldn’t hesitate to call this a “crossover record.” Typically, when an artist is considered to have made a “crossover record,” it tends to have a negative connotation, suggesting a dilution of quintessential qualities, but I don’t feel that’s the case here. Instead, she’s venerating the ugliest and most deformed aspects of her music with the same outsider reverence that such visual artists as Joel-Peter Witkin, or perhaps the recently deceased Mary Ellen Mark, have for their “walking wounded” subject matter, and it seems to befit Wolfe as well.

All this distortion is like aspirin for my ears and nepenthe for my soul. Its use as an effect in contemporary music seems to have been domesticated out of a “hair of the dog” need to deliver an audible reflection of our struggle with the unspoken guarantee that our lives will forever be afflicted by pain and suffering, imperfection, rough edges, confusion, corruption, misinformation and misinterpretation. From fuzzy filters to thick overdrives, it’s all in full bloom on Abyss.

There have been breadcrumbs all along, but at least from the point when Wolfe covered black-metallers Burzum, anyone paying attention knew she was bewitched by that scene’s “any color you want as long as it’s black” trademarks as much as any of the more obvious sources one might have suspected. Whether it’s the homemade crudeness and chilling atmosphere of those seminal Scandinavian recordings that parallel her work, the aggressive axioms and visually engaging imagery she’s ever more embracing, or the overall attraction to the macabre, her courtly strolls in that spare soundscape seem bona fide.

The inherent risk in branching out and experimenting too much is losing focus on what it really is that your audience is responding to about your art. But taking no risks is dishonest and boring, and you still risk losing your audience’s attention. It’s obvious from her prolific output that she has become increasingly more confident in her identity (i.e., public persona) as well as her ability to serve all of her muses while achieving a stronger sense of constitution and consistency. Which is not to suggest that her usual co-conspirators — multi-instrumentalist Ben Chisholm, violist Ezra Buchla and drummer Dylan Fujioka — didn’t already have the more typically masculine sound she was searching for already dialed in, but enlisting Russian Circles guitarist Mike Sullivan and Swans/St. Vincent producer John Congleton into the creative coven probably didn’t hurt the record’s clout.

Abyss opens with a trio of devastating dirges. “Carrion Flowers” is a spiteful battle cry that molts with just the right amount of lag and spur, an ominous and foreboding monody. “Iron Moon” continues to push the mercury further into the bleak with its moods swinging manically between a slow-motion celestial collision and an ASMR seizure, with Wolfe’s ghost-like vocal melodies pleading contrastingly above the wreckage. Third up is the aptly titled “Dragged Out,” which drags out one restless riff for almost four-and-a-half minutes of sludgy opium gloom without it getting the least bit bromidic.

The meat-grinding momentum of those first three songs is pacified by the glissando of the more hopeful-sounding “Maw.” Although it gives the record some added dynamics, in this setting it feels like the album itself, more so than its maker, is breaking character. After hearing most records a certain number of times, even the ones you love, you pick your favorites, and sometimes there are also tracks you eventually just start to skip over — not because they’re bad songs, but simply because you listen to an artist for a certain sense of satisfaction, and certain songs, at least in certain sequences, just don’t seem to flow. Of all the tracks on Abyss, “Maw” is the one that seems most out of place, the one that most obviously had to be dyed black to blend in with the rest.

Abyss drops back into a lower gear with “Grey Days,” which perhaps best personifies the album’s shadowy, cinematic, “as if it were recorded in black-and-white” starkness. “After the Fall” follows with its somniphobic lyrics (“Chasing the sun/I can’t wake up”), pounding loops, woolly bass and swelling synths, all woven into a shape-shifting structure considerably more variegated than its peers. “After the Fall” is the sonic summary of everything Wolfe and her eponymous band have become, as well as the transition point between the heftier tracks and the ones that are more experimental versions of stereotypically “Wolfe-sounding” songs.

Wolfe and company’s usage of overlapping layers of atonal strings to create that almost-clichéd yet always menacing Penderecki “Threnody for the Victims of Hiroshima” texture is in full effect on the withering “Crazy Love.”

“Survive” is a hypnotic campfire song gone wrong. Wolfe’s nervous litany and lonely acoustic guitar line lay the foundation for the wailing cries of its electric counterparts, as a shamanic circle of drums sends this psyche-doomic icaro on a dirty trip into unholy lands. Wovenhand is perhaps the only other band I’ve heard achieve a similar blend of mystical, folksy spice, and as it turns out, it will support Chelsea Wolfe on her U.S. tour this autumn.

The Novocaine lisp of “Color of Blood” is a bittersweet rebound back to the album’s weightier openers, with its gnashing saw-tooth bass line and thumping sixteenth-note synth pulse, which climactically gets cloaked by heavy-on-the-toms drumming that continues to show Wolfe cribbing from a more metal lexicon.

“The Abyss,” the album’s final track, takes one last descent into the hopeless undertow with smoky Beth Gibbons-y susurrations, frigid guitars, and “scary nursery rhyme on a haunted piano” clankings akin to something the Brothers Quay would use as the soundtrack for one of their short films.

When Chelsea Wolfe sighs, “Stare it down/the abyss,” it’s hard to ignore Nietzsche’s oft-quoted phrase: “He who fights with monsters should be careful lest he thereby become a monster. And if thou gaze long into an abyss, the abyss will also gaze into thee.” The monsters in this case could be Wolfe’s reported battle with chronic sleep paralysis and/or the sinister figures that often accompany those frightening episodes, whereas “the abyss,” in either sense, could represent many things, namely, the subconscious and the unknown. However, it could also represent small-mindedness and the herd mentality of high society, the chasm between perception and reality, or any situation where no light of reason penetrates and none escapes.

When I consider what “normal” touring does to my psyche, my dreams (i.e., Cormac McCarthy-penned nightmares) and my sleep habits, I can’t help but sympathize with some of what’s probably stalking around in Wolfe’s subconscious after years of life spent in perpetual motion, away from the comfort and security of home. They say that sometimes the only way around yourself is to go through oneself, and in that sense it seems as if Wolfe is going deliberately harder and deeper than she has previously to bring us souvenirs as grotesque as they are beautiful. 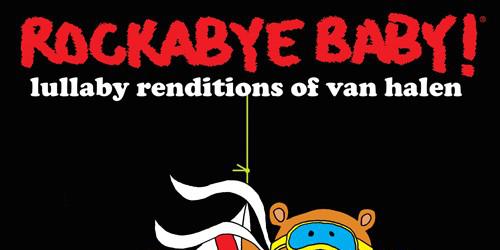 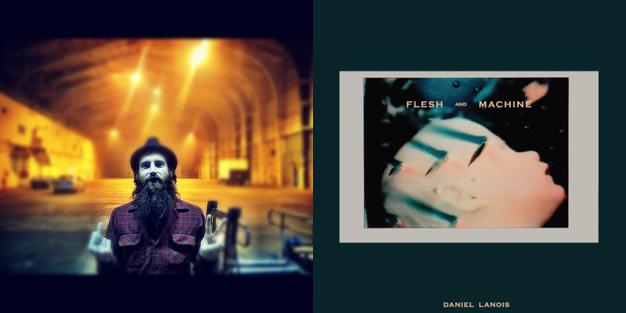 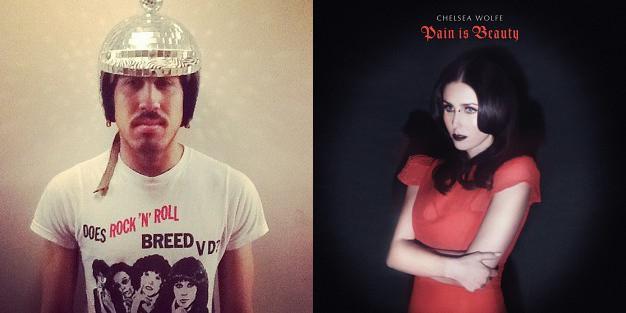 Autry Fulbright (Midnight Masses, …And You Will Know Us by the Trail of Dead) Talks Chelsea Wolfe’s Pain Is Beauty