Having recently risen from the ranks into my new role as “Father,” I’ve unlocked bonus levels of consciousness and/or exhaustion, and currently feel like a petri dish of obsessions inconceivable to non-breeders. I mean, what percentage of non-parents know snot suckers and nipple shields even exist, or what a #galactagogue is, and why it’s, like, trending? Of all the traps that I have fallen prey to, the Rockabye Baby! series, is the one I’m milking the most out of by far.

I feel like I must have in-one-ear-and-out-the-other’d something about the Rockabye Baby! series from some peer-parents long before I was personally introduced to the series in the tenth week of our pregnancy. I was on tour last year, and had just started sharing the news with my bandmates and our crew, one of whom, on Record Store Day, promptly gifted me a now prophetic copy of the brand-new Lullaby Renditions of David Bowie on white vinyl. (It would be many months before our daughter’s name, Ziggy Luna, was first discussed.) Within the first few days of having her, my wife and I played that record a lot, but before long we yearned for some variety. A casual search on Spotify revealed the whole motherlode, so now we shuffle through a curated playlist of all available and agreeable artists.

Rockabye Baby!, which is based out of the Los Angeles hipster enclave Silver Lake, has released more than 60 titles, each one usually based around the works of one artist. Although Kayne West, Jay Z and Eminem albums have all been produced, the focus is mostly on rock songs re-imagined as soft instrumentals, with drums, vocals, keyboards and guitars replaced by crickets, croaking frogs, chirping birds, vibraphone, glockenspiel, guiros, winding and springing sounds, chimes, shakers, slide whistles and so on. Since releasing their first album in 2006 — Lullaby Renditions of the Eagles — they’ve seemingly unleashed a monster onto the marketplace of children’s music. Rival series like Lullaby Baby Trio began releasing similar titles from some of the same artists in 2014, while Hushabye Baby, which debuted in 2008, exists exclusively for all your country music needs. Although obviously tailored to parents desperately trying to maintain their grip on what’s “cool,” the resulting renditions are both non-offensive and suspiciously enjoyable to non-parents and super-fans alike.

I once liked to imagine all this modern music getting shoveled like cartoon coal by the teddy bears on the album covers onto the magical conveyor belt of a Dr. Seuss-meets-Willy Wonka MIDI-mapping, Muzak-making machine; each song reconstructed as a spayed copy of its former self. The truth is, although all the albums that I’ve heard are very similar to each other, nothing that I’ve heard so far sounds overly mass-produced. When listening to a relatively complex passage like Eddie Van Halen’s re-stylized guitar solo from “Beat It,” performed here on what sounds like a xylophone, I’m impressed by the attention to and respect for the details, undoubtedly reworked by a master transcriber who enjoys what he or she does, and is likely a fan of Michael Jackson’s music. As with a good Pixar movie, the producers are certainly well aware of appealing to both the astute parent and the average child in equal proportion.

The craftiness of these lullaby versions only adds to my appreciation for how well-composed most of these familiar tunes are, which is all the more evident when hearing them completely stripped of their usual timbres. This has proven especially true while listening with fresh ears to songs and artists I don’t typically enjoy the standard issues of, and yet they still hold my attention, even in this depleted state. My time for mind-exercising apps like Lumosity and Words With Friends has practically evaporated; consequently, I’m often crippled by sensations of “I know this song, but I can’t name it, or the artist who wrote it.” These one-player “Name That Tune” episodes have become the zenith of my brain-training routine.

From the album artwork to the track-listings, it seems like the Rockabye Baby! team have made a significant effort to nail the unique vibe of each artist while maintaining the consistency of the series at large. In the case of Queens of the Stone Age, whose lullaby album came out in 2007 (not to be confused with their Lullabies to Paralyze album, which came out in 2005), a song like “In the Fade” translates curiously well, with an almost comical degree of attention paid to mimicking the instantly recognizable synth effects from the “real” version with gentler instruments. Van Halen’s “Hot for Teacher” is a party-maker no matter how you serve it (the irony of my wife whipping out her boobs to breastfeed while this is on is almost too much), whereas Tool’s “Sober” is appropriately darker than its co-conspirators in the series, albeit more upliftingly major-sounding than the original.

Not that Rockabye Baby! makes this sort of claim, but I can’t help but wonder: could listening to lobotomized versions of music that was popular with their parents’ generation help children appreciate music earlier or in a more profound way than previous generations? From what I’ve gathered in terms of early childhood development, it may be beneficial to bypass some of the baby-talk and speak to children more or less like adults long before they can put together basic sentences. So, for all the same reasons, is this series promoting a developmental detour of sorts? Shouldn’t I instead be boosting her (and my own) IQ with a steady diet of things like Bach’s Goldberg Variations and Beethoven’s Moonlight Sonata? My worst fear is that this whole series is essentially just the Nerf-version of mainstream music for helicopter parents; and if that’s true, what does it say about me?

The functional “effectiveness” of these albums is still a little out of my jurisdiction. My eight-week-old daughter isn’t really sleeping or doing much of anything with any consistent routine just yet, so it’s really too early to come to any concrete conclusion as to whether she’s truly soothed by any of this. Correlation isn’t causation, so it’s impossible to ascertain whether she enjoys or simply endures our listening sessions. When her arms move in certain ways, I want to believe it’s a precocious response to the music, but maybe she’s just developing her reflexes? Does her crying mean that she doesn’t like it, when it could mean so many other things?

In some cases, I suspect the original versions of many of these songs are almost as soothing and/or stimulating as the lullaby versions. Classic albums by Queen, the Beatles and David Bowie have all inspired equally meltdown-free, smile- and coo-inducing song-and-dance sessions together in her nursery. Although, admittedly, I’m not really sure they’re ever going to help her fall asleep. In situations where sleep is the goal, which should I choose? Lullabies have been proven to soothe babies, ease anxiety and distract them from pain when sick, so I would have to argue that this is a both/and scenario as opposed to an either/or type scenario. One would naturally assume that when you’re trying to calm your child, it makes more sense to listen to the ring-tone-esque rendition of your favorite Metallica or Black Sabbath song, castrated and on a heavy dose of Quaaludes, rather than the genuine article. But do we really need an even more dynamically diluted Coldplay record to get our children to chill out?

Not unlike the clothes we dress her in, the environment we raise our child in is an extension of our aesthetics as parents. If raising our kids to appreciate the artists we grew up listening to by playing lullaby versions of them is a mild form of brainwashing, then I feel like I’m sipping the Kool-Aid, too. By subjecting myself to all this familiar yet fluctuation-free music at slumbering tempos, I too feel my metabolism slowing to an uncool pace more appropriate to newborn parenting and nap-times. I too am being lulled into a hormonally-throttled hypnosis that makes my transition into this brave new world known as “parenthood” remarkably less turbulent. If it’s wrong to turn to these albums to surreptitiously soothe me as well, then I don’t want to be right. 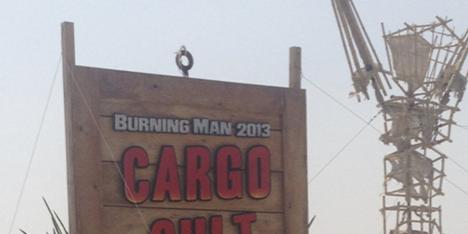