“Turn foe to friend.” It’s a theme stated bluntly multiple times in Dragon Blade, and definitely not what I was expecting when I sat down to watch Daniel Lee’s Chinese-Roman war epic.

When Lucius (John Cusack) marches his Roman army against Huo An (Jackie Chan) and his band of soldiers at the beginning of the film, you know what happens? Lots of killing? An epic bloody battle? No. Cusack and Chan have a fun fight, with some nifty yo-yo sword action — then drop their weapons, shake hands, and decide to become best buds.

A menacing sandstorm approaches, and I’m feeling like, “OK, now this is gonna be some crazy all-out sandstorm battle! Awesome!” But instead, the opposing armies do the sensible thing and decide to stop fighting and take cover in the fort together. Before you know it, they’re rebuilding the city side by side. What is going on?!

Dragon Blade is about Jackie Chan’s Huo An and his loyal company who are charged with keeping the peace along the Silk Road trading route in ancient China. There are multiple warring clans and armies fighting for control over the lucrative region, and there is the temptation of betrayal for anyone looking for a bigger piece of the pie.

Jackie Chan? He just wants everybody to get along. He’s a contagious force of loving goodwill, and in typical fashion, his lightning-fast fighting moves are generally used to get the other guy to put away his sword and relent to friendship.

Eventually, though, a more evil opponent emerges in the form of Adrien Brody’s Tiberius. He’s got a huge army, and plenty of money to buy allies. It’s fun to see Brody in this larger-than-life role. Tiberius and his mercenaries clash with Huo An and his blood brothers, thematically pitting greed and domination against peace and true friendship.

I’ve been a Jackie Chan fan ever since I saw Rumble in the Bronx as a 12-year-old boy. He exploded into American theaters as this hilarious mashup of Bruce Lee and Buster Keaton. We couldn’t believe that he was doing all his own stunts. Then learning that he broke limbs and still refused to quit? His legend only grew. Me and my friends, we wanted more and more.

And we got more with such movies as the Rush Hour franchise, which teamed him with the hilarious Chris Tucker, and Shanghai Noon, opposite Owen Wilson. Chan became a huge Hollywood star, and in many ways served as a loving ambassador to the American masses for Hong Kong.

While Rumble in the Bronx brought an Asian star into American cineplexes, Dragon Blade now brings a couple of American stars into Chinese theaters. The movie is already a massive success there.

As far as I see it, cultural fusion is the future. International filmmaking – even if it’s just popcorn entertainment – brings together cultures and people. There is a power in cinema, and especially cinema that mixes cultures, that I’ve always been attracted to. For my movie Listening, a techno-thriller about the invention of mind-reading technology, we partly shot in Cambodia. We chose Cambodia because of the ancient temples in Angkor that are overgrown with roots and vines (there is a visual motif that connects wires, roots, and neuron webs in the film), but maybe the most amazing part of shooting there was meeting and casting the incredible human being, musician and actor Arn Chorn-Pond as our head monk.

Arn has an energy about him that reminds me of Jackie Chan’s relentless positivity. From him, we learned a lot about the history Cambodia, how it’s been ravaged by war (including American carpet-bombing campaigns), and how the Khmer Rouge came to power and eradicated the educated and artistic.

Arn survived the Khmer Rouge by learning to play musical instruments. As a twelve-year-old, he was forced to play music over loudspeakers to mask the sounds of skulls cracking in the killing fields. Let that sink in for a minute. Think about what you were doing at age 12. I was watching Jackie Chan movies, with no idea of how good I had it.

Now Arn travels the world preaching peace and fellowship, and tries to revive traditional Cambodian arts and music. He says, “They carpet bombed us, and now I’m carpet bombing them with music and love.” Or, as Dragon Blade says, “Turn foe to friend.”

I like to think taking our cast and crew to Cambodia, making new friends with people in that country and learning about their history firsthand, in some infinitesimally small way is a step towards unity. Cinema has the power to open audiences’ eyes to exotic stories and places, but on a personal level, international filmmaking creates friendships and bonds that help us unite as one human race.

Some might find Dragon Blade’s peace-loving themes overly sentimental, but I say, give us more. And don’t worry, the movie is still chock-full of action and slick martial artistry, and believe me, I love that stuff too. But a war epic that straight-up preaches peace and unity as real options? I’m in. 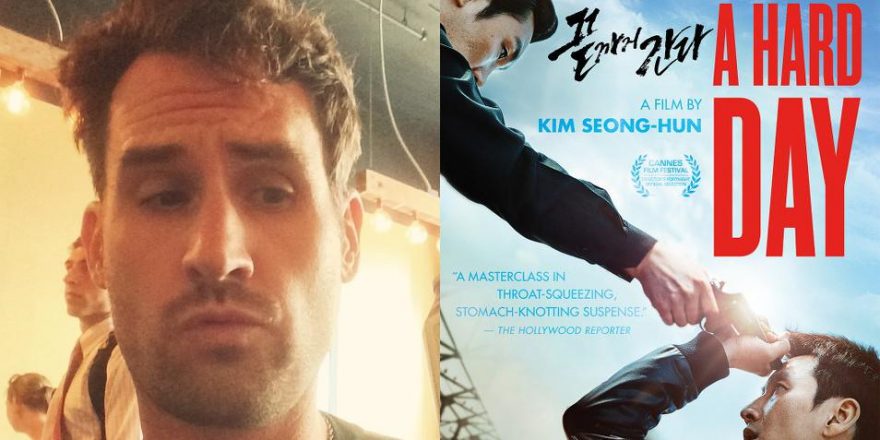 Jen and Sylvia Soska (See No Evil 2) Talk Sion Sono’s Why Don’t You Play in Hell?