Swerving out of the way for a dog, only to kill a human. I love the irony. Life will catch up with you no matter how far you run, and this lightning-paced story keeps Korean detective Ko Gun-su (Lee Sun-kyun) running in circles in such a mesmerizing fashion that I couldn’t help but write about this fine piece of filmmaking. A Hard Day is simply that for our protagonist, twenty-four hours of the most intense situation possible, but Ko is not an innocent party. His own flaws are what bring him to this predicament, this explosive low point.

Writer-director Kim Seong-hun is brilliant at keeping problems and obstacles driving Ko’s every move. It’s not enough for Ko to have lost his mother and have hit and killed a seemingly innocent man while slightly intoxicated (as we tend to be when mourning family members), so Internal Affairs has a hard-on for Ko and his counterparts as well, and everyone is after him. The film immediately drops you right into his world. Personal problems, hard rain, shitty cell reception, mangy dogs, a dead man, a DUI stop with said dead man in trunk, tasers and mace and headbutts and IEDs and corruption and a Triad syndicate! Is Chev Chelios back in town? Not unless he’s had phenomenal plastic surgery and Rosetta Stone’d the shit out of Korean!

The relentlessness of Ko’s predicament inevitably finds form with humor too. By maintaining the stakes (and the reality of these stakes) throughout, with Lee Sun-kyun’s incredible level of intensity, you find it necessary to laugh at times, but only so that you don’t feel Det. Ko’s pain. So brilliantly done. You could almost imagine someone telling you that this is based on a true story (I’ll get back to that later).

As part of Korean tradition, Ko helps hammer the nails into his mother’s casket. As he nails the wooden pegs into his mother’s coffin, you can feel all of the nails going into his own coffin. It’s tangible. It’s great. Kim pays attention to every detail, and this was not missed. Though the film moves along with the speed of Mercury’s feet, Kim doesn’t hold our hand but also doesn’t make us suffer a bunch of plot holes. Feel me?

And then there’s this ingeniously constructed set piece: So, the guy Ko hit with his car, while drinking, is now dead in the trunk. But Ko has an outrageous yet quite brilliant idea to dispose of the body by throwing the dead man into the coffin with his mother, since it will be buried within hours and no one would ever think to look there. Ko begins this impossible task by using balloons he bought for his daughter to cover up the security cam, then pulls the body through the ventilation system using an automated toy soldier to carry the rope attached to the carcass to Ko, who’s remote-controlling it from inside the room where his dead mother is in a wooden box. Of course, the toy soldier has a mini toy machine gun that randomly fires as it crawls, and it goes off at all the wrong times, alerting some of the funeral home staff to a problem. It made me cringe for him. Somehow Ko manages to open the casket, drop the body on his mom’s, and hammer all of the wooden pegs back in – save one he broke in half. We think we should focus on that broken peg, but it’s mere misdirection. Well played, penner-helmer.

So Ko succeeds. Dude in casket with mom, ready for a trip to the six-feet-under, and we take a breath with him as the funeral director comes walking back down the hallway to relieve Ko from his grieving duties. Oops, a cell phone rings. In the casket! It’s the dead guy’s. In the coffin that he just nailed shut. Again. In one of my favorite moments in the film, Ko begs his dead mother, “Help, mother! Do something!” My face hurt from laughter, and my admiration for Kim jumped the scales. Why? Because we all might have done the same. There is honesty in the way Ko deals with the situation. That’s what I meant by someone telling us this is a true story. Every time someone says, “That couldn’t happen in real life!” (generally while reading one of my scripts), I unkindly remind them about a wife who cut off her husband’s dick and then drove down the road and tossed the bloody thing out her window, only to have the husband find his dick on the side of the road, get the dick sewn back on, and then the bent dick got a reality show. That couldn’t happen, Bobbitt!

Speaking of dicks, I think I mentioned corruption in A Hard Day, right? So, one of the dicks/cops/police guys, who’s even more corrupt than Ko and his crew, comes to the fore and comes after Ko. But after beatings and threats, Ko uses the resources he’s gleaned from the day to turn the tables on Mr. Corrupt Cop, setting an IED that explodes and flips the antagonist’s van into the water. Somehow, though, Corrupt Cop shows up, again, bloody and battered from the explosive drowning. And because the film has set up Corrupt Cop’s character so well and he seems so “hardy” to us, I totally accepted his line when he reappears: “I bet you’re surprised to see me…I was surprised too.”

Ending with a full-on battle royale (which has a great moment that recalls The Shining), A Hard Day made a really fun night for me. What a ride! The camerawork was solid and simple. The scenes were blocked with precision, and the translation was incredibly strong and poignant, so kudos to that team as well. My only advice is, the next time you’re involved in a funeral, don’t drive, and don’t answer your phone. 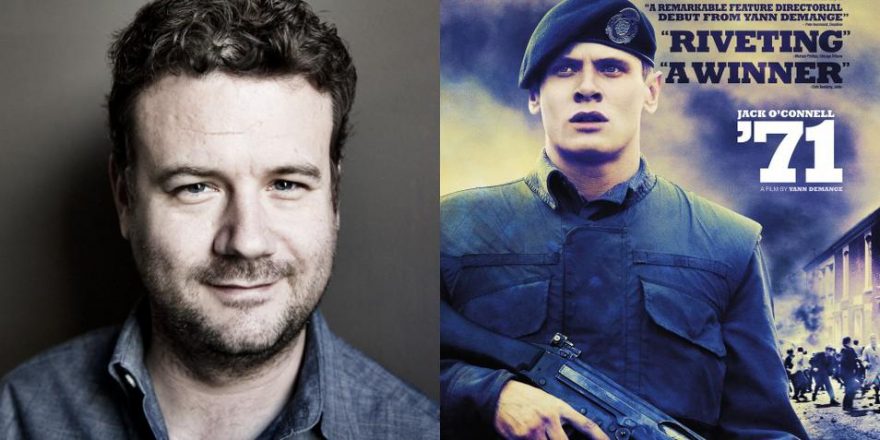