Alex: We were now just laughing about the agency politics that we as filmmakers are completely subjected to, and that seems like a good starting point for this discussion. That was always kind of the appeal of watching the show for me.

Josh: Oh yeah, I get a kick out of that stuff and will seek out anything that offers me a window into Hollywood politics. One of my favorite books is What Makes Sammy Run, and The Player is one of my favorite movies. I think it’s Altman’s best movie; the way it kind of pulls the curtain aside on Hollywood is so attractive to me.

Alex: True. Even if it’s ridiculous. You know, I don’t imagine that people who are interested in something like politics or journalism or criminal justice would say, “I can’t watch Law & Order because it’s too ridiculous,” or “I can’t watch The West Wing because it’s too heroically silly.” But, for some reason, not everyone who’s interested in show business and entertainment feels the same way about the Entourage show as I always do.

Not that the movie or the show had to be or ever was any sort of literal reflection of the way things are, but I do actually feel in my limited interactions with Hollywood that there’s more reality in it than anyone would care to admit. Except for people in Los Angeles, who happily admit, “Oh yeah, things are way worse than what you see on the show.”

Josh: I really dug the way that it portrays Los Angeles as this evil town that turns this once-upon-a-time wholesome kid, E, into a womanizer. And I love its portrayal of Los Angeles, relishing in the absurdity of it all – that the head of a studio can walk into his marriage counselor’s office and run into Kelsey Grammer on his way out. But any time the movie did anything but studio- and Hollywood-related business, it completely bored me. I could see the words on the page.

Alex: We texted before, so you know I enjoyed Entourage thoroughly, while you were more lukewarm on it. What I found surprising was that Vinnie is really marginalized in the second half of the film, so then the focus actually does become the titular entourage and less the guy. What I thought was interesting in the transition to the big screen is that on the show, it was always kinda fun because there was always this sense of their kind of humble beginnings.

The movie now is about the creating of a 140-minute, $100 million movie, except that it doesn’t really follow the making of a film, it just deals with the existence of it. I was disappointed it didn’t exploit the idea of the actor who’s thought of as being attractive but not that talented, and what he would deal with with the studio when he’s making his passion project. I thought that would have been an interesting movie, but unfortunately this isn’t that movie.

Josh: When we were texting, I said to you, “Why not just continue making this a TV show, because I think it worked really well as a TV show, and why make it into a movie experience?” And you said, “I don’t know, it’s fun.” I think that there’s a lot to that. Like, you get the meta experience of watching Vinnie Chase make a $100 million movie.

For the most part, I found myself watching this movie just kind of hoping for little moments of Hollywood clarity, but being sidetracked with stupid subplots that I really didn’t care about. I liked the TV show because it didn’t care too much about personal dramas, and you knew that you could just sit through them to get to the titillating Hollywood insider crap. In the movie, the stakes felt higher with those dramas. Did you respond to any of the personal arcs?

Alex: No, it is odd to make an entire subplot in a 100-minute feature film about whether or not Turtle is going to get to go on a date with one woman. I see what they’re doing, but to distill the essence of what was enjoyable in the show to one movie that is roughly four episodes’ length of time, you can’t have too much stuff like that or Drama’s sex-tape scandal. I think what it did do successfully was get to the themes of what the show was about, which is the loyalty of this group and how rare and touching that is. And seeing this final triumphant moment, where the fact that all these guys have stuck together pays off and rewards them all, is interesting and relatable.

Josh: I do think that if you’ve seen every episode of Entourage leading into the movie, it makes the movie a lot deeper.

Alex: Similar to the show, the movie didn’t make a huge impression on me as cinema. But living in that world for two hours – from the comfort of Brooklyn, without having to actually be back out there – was totally enjoyable in the same way that I found Paul Schrader’s The Canyons to be anthropologically fascinating and comprehensive in showing me this ugly side of a horrible culture that I secretly enjoy driving past and looking at.

Josh: I agree with you, we’re not going to see Entourage for a cinematic higher power experience, where we’re feeling like there’s some greater truth at play here.

Alex: No, and the assumption that people seem to make that that is even a remote possibility – which then gives them license to just shit all over it – is really baffling to me. But whatever.

Josh: If I’m shitting on it, it’s just for the sheer lack of talent in these very simple, personal scenes.

Alex: I do like two things that, to me, the movie reinforced. Thinking back on the show, you see that ten years after coming to Hollywood, E – the nicest guy in the group – is a total scumbag. And also the idea that the movie kind of almost ends on (before having a little bit of a happier ending), which is that a guy like Vinnie Chase is a loser in many ways, because everyone can make fun of a pretty boy actor. I like the idea that there’s this guy who’s successful, who has the women and the cars and the houses, but the people who make the movies just basically don’t like him. The studio heads don’t have faith in him, the press is ready to make fun of him, and the financiers just think he’s an idiot.

Josh: His whole desire to be the director – which he demands when he’s on a yacht in Ibiza – comes from that insecurity, from not wanting to be looked at as a pretty boy all the time. But, for the most part, in the eyes of the studio heads and all these people, he’s a winner; it’s just when he wants to become an “artist” that he becomes a loser.

Alex: He’s not a guy who people are just going to say yes to. A movie that I saw recently that obviously no one said no to, but worked perfectly, was Mad Max: Fury Road. Nobody said no to any of the crazy ideas that George Miller was throwing at them. And it’s a perfect example of exactly why you should do that sometimes, just let some maniac do whatever he wants. But throughout this movie, people are always telling Vinnie no, and he’s just really frustrated by that. The way the film depicted that situation felt relatable and emotionally resonant to me.

Josh: Just the fact that he was told no?

Alex: Yeah, and that he was told it repeatedly. And that Ari is told no a lot.

Josh: That whole comedic, almost slapstick classic Hollywood film sequence, where the two power bosses are both demanding that they see each other in their respective offices, and then the race to Ari’s office on the lot, was one of the highlights of the movie.

Alex: Yeah, because it’s to do with politicking and the way that the business actually works, which is just funny.

Josh: It totally felt like a Mel Brooks film. All that stuff, it’s candy to me and I’ll consume it. I kind of wish the whole movie was that, as opposed to just 60 percent of it being that and then 40 percent being a struggle to continue developing these characters.

And speaking of stars, I was really impressed with the sheer amount of cameos that kind of appear.

Alex: It just proves that if all these people, very famous, successful actors, get the call to come do two hours on the Entourage movie, their answer is, “Yeah, sure. Why not? I enjoy that show.”

Josh: The Liam Neeson cameo might actually be my favorite. It’s just incredible. Only in Los Angeles, and specifically Beverly Hills, could a Ferrari pull up to another car, and it be a studio head and Liam Neeson. 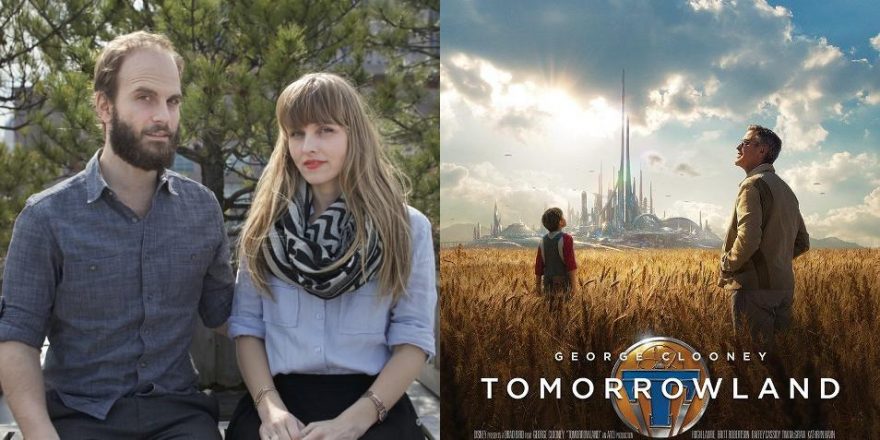