Joel Cummins is a founding member and keyboardist for Umphrey’s McGee. He has also released two solo albums. You can follow Umphrey’s McGee on Twitter here.

I discovered Built To Spill sometime around 2006, when the Idaho indie-rockers released You In Reverse. Needless to say, the album received many spins for the next couple of years, and I finally got to experience their live show in 2009 at the Higher Ground in Vermont. The album had captivated me with its garage band-y live sound and singer/guitarist Doug Martsch’s cryptic, moody stream-of-consciousness lyrics. But in concert, it was a chaotic-meets-cerebral performance that etched the night into my head forever. This included a stunning finish to the show when a barrage of soundscapes from the guitars and bass was accompanied by the sight of the drummer packing up his gear. Fifteen minutes into the sonic deluge, the gear was packed and he was out the door while the rest of the band continued to dole out melody, fuzz and noise for another 10 minutes. It was a striking experience. I’m still not sure if said drummer was pissed off or if his premature departure was actually intentional. Regardless, it was a cool and extremely effective way to finish the concert, like nothing I had ever seen before.

Untethered Moon, the eighth and latest album from Built to Spill, feels like a timelessly classic record and it doesn’t let up from start to finish. As blistering, melodic guitar lines intertwine with beautifully cryptic and opaque lyrics, the band creates an unabashedly raw and gritty landscape for Martsch’s sometimes high-and-lonesome, sometimes high-and-uplifting melodies.

From the opening grind of “All Our Songs,” the cryptic yet often foreboding lyrics of Martsch create a sense of isolation, like a moon untethered moving away from another gravitational body. But the rocking finish to the opening track belies the darkness of its subject matter — this is a full-on punk rave-up celebrating the freedom that isolation can bring. While the lyrics may lean toward melancholy, the music behind most of this album simmers with hope, if not unbridled passion, throughout. His occasionally caustic yet almost always clever words evoke themes of uncertainty that smartly contrast with the often uplifting vocal melodies in which they are sung. On “Some Other Song” Martsch muses, “I don’t know how to never fall apart/still wondering how to never fall apart/no matter how you ever fall/and it’s some other song.” There is even an element of playfulness in the delivery of the words and melodies that suggests that maybe, just maybe, they’ll be able to enjoy the ride. With lines like “I can’t explain anything to anyone/don’t believe that nothing isn’t true,” Martsch’s lyrics make you think just hard enough in trying to decipher their meaning that you wonder, “is he just messing with me now?”

Most of these cuts showcase just how good Martsch and company are at creating two or more distinct yet supportive guitar lines that weave their way through nearly every song. On tracks like “Living Zoo,” the band wryly pays tribute to the sounds of early R.E.M., albeit with a darker undertone that works to deepen the vibe of the piece as a whole. “C.R.E.B.” manages to extoll muted semi-despair disguised as Vicodin-laced surf rock. With “So,” you suddenly feel like you’re in the basement right next to the band as they channel Cream and Hendrix with the guitar amps turned up to 11. On “Never Be the Same,” Martsch creates a tune with riffs that wouldn’t sound out of place on a Creedence Clearwater Revival record. Despite many of the songs’ influences occasionally being on plain display, the band has an incredible ability to find ways to make every song unquestionably original; there exists a unique, distinctively Built to Spill sound. Untethered Moon is 21st-century rock-&-roll. In the end, it’s Martsch’s engaging lyricism and creative guitar harmonies that define the band’s enthralling if melancholic spirit.

Joel Cummins is a founding member and keyboardist for Umphrey’s McGee. He has also released two solo albums. You can follow Umphrey’s McGee on Twitter here. 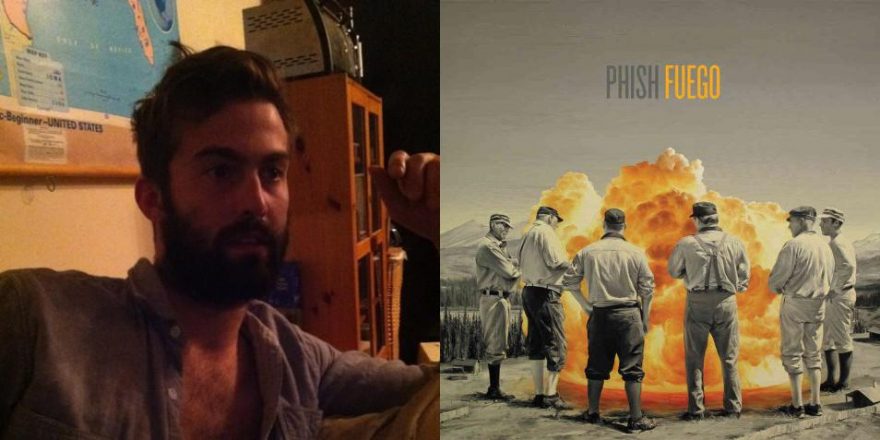