Actress, writer and director Sarah Wayne Callies became known to audiences for her portrayal of Sara Tancredi in Prison Break and followed that up with the even bigger hit, The Walking Dead. She then starred opposite Josh Holloway in the series Colony and most recently was seen in the NBC series Council of Dads. Sarah has taken the leap into directing with an episode of the limited series Unspeakable as well as an episode of the final season of Colony. As a writer, Sarah has several screenplays in development with various motion picture entities. As a film actress, Sarah has appeared in Giancarlo Esposito’s This is Your Death opposite Josh Duhamel and Famke Janssen, Pay the Ghost with Nicolas Cage, and Black November opposite Mickey Rourke and Kim Basinger. Continuing her passion for storytelling, Sarah is a producer and the voice of the new science-fiction post-apocalyptic podcast Aftershock. (Photo by Nicolas Gerardin.)

Recently, my manager called another man in Hollywood to talk about me. The first question the other guy asked was, Is she difficult? My manager was surprised, then offended, and then replied simply, “No.”

When he recounted the conversation to me later, I was surprised and offended too – because he and I both recognize that my livelihood was on the line, that even the implication of a woman being “difficult” is enough to cost her a job.

Women’s careers are so precarious in my business (and I suspect it’s not limited to entertainment), that this is the conversation that ends me:

A man calls another man who’s worked with me: “Hey, I’m thinking about hiring Sarah. What’s she like to work with?”

In that silence, I’ve lost the job. The guy on the end of the phone knows that if he doesn’t rush in with praise, he’s communicated enough by his silence to make sure I won’t get that job. He doesn’t have to offer proof or context, he doesn’t even have to make an outright allegation. The conversation ends like this:

It’s the kiss of death. A Difficult Woman will not work. Thankfully, the vast majority of men I’ve worked with answer those calls with, “Yeah, she’s great – hire her. I’m about to work with her again.”

But not all of them. Which brings me to the question I asked myself after I spoke with my manager: What do you mean by “difficult”? What constitutes a Difficult Woman, the one who deserves not to work to feed her family? Here are three men who would refer to me as difficult:

1. The writer who wrote a sexist storyline. To make sure I wasn’t misjudging it, I asked my male colleagues if they thought it was sexist too, which they all did (every single one). So I brought my concerns to the writer, and he blustered, outraged, “I can’t be a misogynist, I’m married to a strong woman.” (That’s verbatim. As an exercise, replace “misogynist” with “racist” and “strong” with “Black.”) That guy thinks I’m difficult.

2. The director who slipped a hand around my waist, pulled me into his body and asked me to go to a casino with him and sit on his lap for good luck. I was polite in turning him down. He literally spat in response. That guy thinks I’m difficult.

3. The producer who joked to the camera crew that I had offered to blow him to get better housing. When I asked him to stop (because, duh, I had not), he doubled down. When I later asked him not to disrespect me like that, he rolled his eyes and told me to take a joke. That guy thinks I’m difficult.

Here are things I have never done on any set: arrived hours late because I blew off my call time to go surfing; thrown furniture out of rage; shouted at a writer that I thought their work was garbage; rewritten all my lines in a scene without permission; shown up in the wrong costume to deliberately hold up the day; come to work drunk or high; kissed someone without it being scripted or warning them; not come to work at all; refused to come out of my trailer until all other actors were on set and waiting; made someone cry by comparing them to a porn star in front of the crew. But – you guessed it – these are all things my male co-stars have done and then been embraced as “men’s men.” These guys aren’t labeled Difficult – they’re labeled “artists,” or “temperamental” because they care so much, or “in character.” Even if they’re talked about (with a smile) as “a little flaky sometimes,” they are still hired because, you know – boys will be boys. 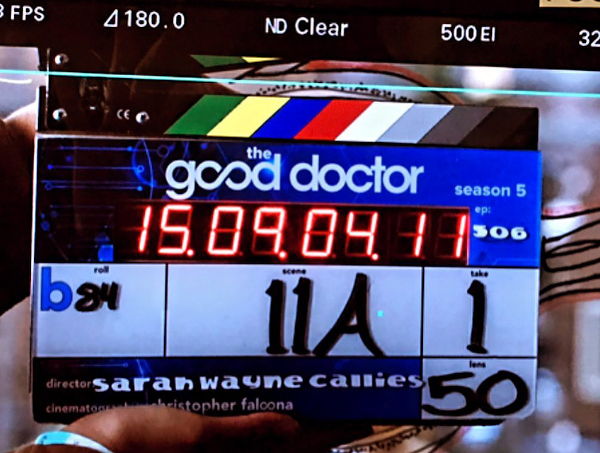 Here are the few times I have lost my manners on set: when a child was being pushed past their limit on a long night shoot and given soda to keep them awake; when I heard another woman was being written off for asking production to respect her contract; when my boss was fired unfairly; when I begged and lobbied and made noise about hiring indigenous actors. Those actions were considered Difficult, cost me work, and I’m pretty sure that if they’d been taken by a man, they’d instead have earned him respect.

But it gets more complicated, because it’s not just men judging Difficult Women. It’s women, too. And from what I’ve seen, lots of this judgment comes from a woman’s own trauma. By which I mean, in order to get where she is now, a female exec, director, writer or producer may have had to endure decades of bad treatment from her male colleagues involving body shaming, harassment, sexual innuendo, outright misconduct, reduced pay, mansplaining, patronizing and being overlooked (and that’s just if she’s White). She tolerated it, rose above, achieved – and can now be impatient with women who refuse to put up with the same stuff. The logic is a sort of, “I survived it, who are you to kick up a fuss? If you do, you’re being Difficult.”

Now, you don’t have to agree with me, but I want to give these women a hug. To me, they need to be rehabilitated from what they’ve survived; and if they sometimes regurgitate patriarchal judgments against other strong women, I feel like they need empathy not more judgment. Because the goal here is for women to lift each other up, right? Not keep each other down.

And to get messier, let’s acknowledge that there are women who are hard to work with. To me, the distinction between Difficult and Hard To Work With is, the women who are Hard To Work With are that way because of selfishness. They care only for their own fame, work, reputation, appearance or rights. These are the non-collaborative folks who do stuff like go to their trailer during someone else’s coverage because they can’t be bothered to perform if they’re not on camera.* The Hard To Work With actor is all about herself. And frankly, I don’t want to work with her.

The Difficult Woman, though, is the opposite: I once saw an actress go toe-to-toe with a cinematographer because she didn’t think he took enough care lighting me. She wasn’t in the shot, but she fought for me (earning herself many male eye rolls – and my eternal devotion) because she had power on that set and I didn’t, and it mattered to her that I was treated well. That cinematographer came away convinced she was Difficult. And I’m willing to bet he shared that opinion far and wide with men who might have hired that actress.

So, what’s the solution? For me, it’s a version of “Think globally, act locally.” Now that I’m producing, writing and directing, I’m the one making the calls to colleagues about talent, asking, “What’s she like to work with?” When I hear that pause, then that kiss of death, “She can be difficult …” now I get excited. I think: I’m about to make a new friend. I’m about to meet a woman of integrity who expects to be treated with respect, knows her boundaries, stands up for others, and probably has been brutalized by an industry that wants her to shut up, lose weight, not age, get her tits out, and play nice. Bring them on. All the Difficult Women. I love ’em.

*My mom read this and wanted me to explain this for folks who aren’t in the film business: we’re talking about when two actors are in a scene and, instead of staying around for the shots she isn’t in, the woman who’s Hard To Work With leaves her scene partner high and dry as soon as the camera isn’t on her. Instead of staying on set and acting for the other person, she goes to her trailer and lets the other actor imagine her. It’s a rude, destructive and shitty thing to do to another actor.

Actress, writer and director Sarah Wayne Callies became known to audiences for her portrayal of Sara Tancredi in Prison Break and followed that up with the even bigger hit, The Walking Dead. She then starred opposite Josh Holloway in the series Colony and most recently was seen in the NBC series Council of Dads. Sarah has taken the leap into directing with an episode of the limited series Unspeakable as well as an episode of the final season of Colony. As a writer, Sarah has several screenplays in development with various motion picture entities. As a film actress, Sarah has appeared in Giancarlo Esposito’s This is Your Death opposite Josh Duhamel and Famke Janssen, Pay the Ghost with Nicolas Cage, and Black November opposite Mickey Rourke and Kim Basinger. Continuing her passion for storytelling, Sarah is a producer and the voice of the new science-fiction post-apocalyptic podcast Aftershock. (Photo by Nicolas Gerardin.)