Danbert Nobacon, freak music legend, got an associate degree in the science of children’s play in the 1990s whilst moonlighting in the punk rock band Chumbawamba. He is currently teaching theatre in his local junior high and high school. On April 21st 2017 he will release his first album in seven years, titled Stardust to Darwinstuff musically embodying some of the above themes.

The hills are alive with the sound of music, and whilst the music is not as old as the hills, by human standards music is very old. Some scientists, e.g. Steven Pinker (author of How the Mind Works), dismiss music as “nothing more than auditory cheesecake” — that is, as a by-product of us having imaginative brains — but more recent scholarship suggests it is an integral contributor to our survival. Steven Mithen argues in The Singing Neanderthals: The Origins of Music, Language, Mind and Body that there is strong evidence that “we can only explain the human propensity to make and listen to music by recognizing that it has been encoded into the human genome during the evolutionary history of our species.”

Whilst the musical efforts of a pre-historical Polly Jean Harvey or Iggy Pop — and the hunter-gatherer roots of rock & roll — are not preserved in the fossil record, there is much to suggest that our passion for music is a biological part of who we are. A singing, dancing, cartoon orangutan not-with-standing, we Homo sapiens have music and our primate cousins don’t have anything even remotely so elaborate.

The simplified biological answer as to why we humans form rock bands is that we walk on two legs and chimpanzees et al. do not. When our hominin ancestors and chimpanzees split with a common ancestor somewhere between five and thirteen million years ago, with our evolving proclivity to walk on two legs we rushed headlong (over hundreds of thousands of years) into an “evolutionary bottleneck,” which, with some assurance, we can call the ultimate cradle of human civilization. As we roamed further from the forest and by necessity began incorporating more meat in our diet, and then discovered cooked meat left in the wake of wildfires, and then tamed fire itself to cook, our brains grew spectacularly. And as Dean Falk describes in Finding our Tongues: Mothers, Infants and the Origins of Language, the literal bottleneck arrived whereby the narrower pelvic opening for hominin females, which came with the skeletal changes of walking on two legs, meant bigger-brained babies had to be born earlier for both mother and child to survive.

Unlike most mammals, our progeny no longer hit the ground running. Thus, for the survival of our species, raising our children to survive into adulthood, to able to have their own children, became crucial to the survival of our species. In fact, the resultant bio-cultural evolution of a child-rearing group, which we would recognize in hunter-gatherer bands of fifty to one hundred and fifty people, made us the most ultra-social species on the planet.

The one thing we do have in common with all our primate ancestors and most, if not all mammals — and many birds and fish — is that we play. Play is the evolutionary engine that enables an animal born into what might be a changing environment to develop the malleable skills required to survive and procreate. Brian Boyd explains, in On the Origins of Stories: Evolution, Cognition and Fiction, that, neuronally, our brains secrete chemicals, e.g. dopamine, which reward play behaviors, so we repeat the experience simply because it feels good, whilst at the same time it hones our skills. A more elaborate example would be someone becoming proficient in playing a musical instrument through practice. As growing babies and children, our brains likewise rewire through the rehearsal of play so that we develop and improve the necessary skills to survive in the real-world environment into which we are born.

In a relatively safe environment, under the watchful gaze of their mother, lion cubs engage in the risk-taking play-practice of running, chasing, hunting, stalking and play-fighting seemingly for the pure joy of it, but in so doing they are developing the physical skills they will need in later life to hunt, eat and prosper. A chimpanzee baby having ridden around, grasping the hair on to its mother’s neck, as mum scampers around on all fours, branches out and learns to climb trees where food and shelter await.

Human babies, over a much longer formative period, learn to crawl, stand, walk, run, jump and climb (though, having traded upper body strength for a growing brain, with nowhere near as much prowess as a chimpanzee) through the trial and error of play. And whilst human children are doing this, they literally make “a song and dance” as they go about their business. In all cultures all over the world, we all do this, which in itself suggests some evolutionary adaptive-ness.

Because, as Boyd relates, our survival so crucially relies on “the ability to form and maintain a flexible, multi-dimensional adaptive social network,” we humans developed a whole suite of social play behaviors far more sophisticated than our primate cousins. And somewhere in amongst the very first evolutionary steps we began making music, initially requiring no specialist equipment other than the musical instrument of the human body itself.

Our musical education starts young, even before we are born, in the womb… attuning ourselves to the sound of mother’s voice. From our first hours in the world and throughout our first years of life, it continues apace with the prosodic sing-song baby-talk (“motherese”), by which parents, siblings and care-givers communicate with newborns and infants. The higher-pitched, “vowel drenched” oohs and aahs of cooing “are short and repetitive, with clearly interposed pauses…have distinctive well controlled pitch contours, (and) regular stresses set up a steady rhythm that is soothing and reassuring,” according to Ellen Dissanayake’s “Antecedents of Musical Meaning in the Mother-Infant Dyad” in Biopoetics: Evolutionary Explorations in the Arts. And this remains true, even in our somewhat musically repressed western culture, where teen siblings and adults instinctively engage in imaginative sing-song baby-talk even whilst not believing themselves to be at all musical or creative.

Crucially, even in their first months, babies strive to be equal partners in this two-way communication, as their respiration and muscle control develops with the playful exercise of their vocal chords. As babies and infants grow and develop their vocal and social skills through play, they “spontaneously initiate speech activities — sound play, word play, distorting speech and monologues — that are unlike any shown to them by their parents,” as Dissanayake says.

In this respect, the books of Dr. Seuss with their made-up musical, rhythmical wordplay are so wildly popular because they accurately imitate the ways in which children actually learn language through their own creative musical practice. Pop music is littered with the baby-baby oohs and aaahs. Likewise, the rhythm of Shakespeare’s iambic pentameter, and rap music, exist because, in its long cultural development, formal language imitates and is built upon childhood vocal musicality and not the other way around.

Boyd suggests that all of our arts are elaborations on children’s creative play. Perhaps in bringing up a baby, beginning with the earliest musical exchanges, we witness the baby steps in the long march of evolution that brought us human culture, mirrored and concentrated in the growth of every child. And thus “a work of art acts like a playground for the mind,” as Boyd says, attuning our skills to navigate our highly complex social world as we grow into teenagers and adults. In this respect, growing up in a small northern town in England in the late 1970s as I did, the slogan on the hand-painted T-shirt “punk rock saved my life” really rings true.

We play, and we play music and dance and listen to music simply because it makes us feel good, and in the evolutionary sense makes us well adapted. Both anecdotal and hard evidence shows that people who make music and/or see and dance to music in a live music setting lead happier and more social lives, because our passion for music at its most quintessential level makes us feel human and alive and connected and goes all the way back to the deep roots of our species.

Danbert Nobacon, freak music legend, got an associate degree in the science of children’s play in the 1990s whilst moonlighting in the punk rock band Chumbawamba. He is currently teaching theatre in his local junior high and high school. On April 21st 2017 he will release his first album in seven years, titled Stardust to Darwinstuff musically embodying some of the above themes. 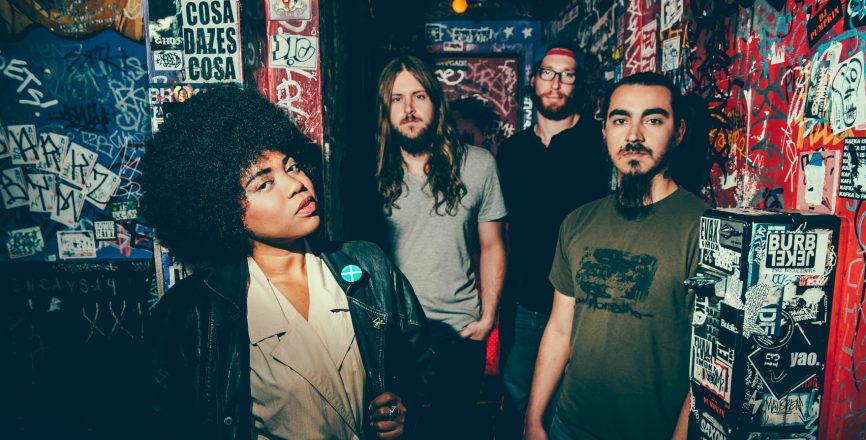 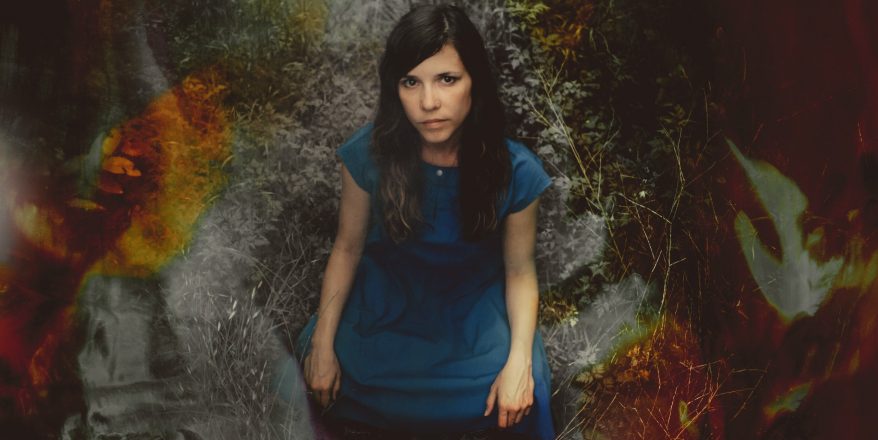 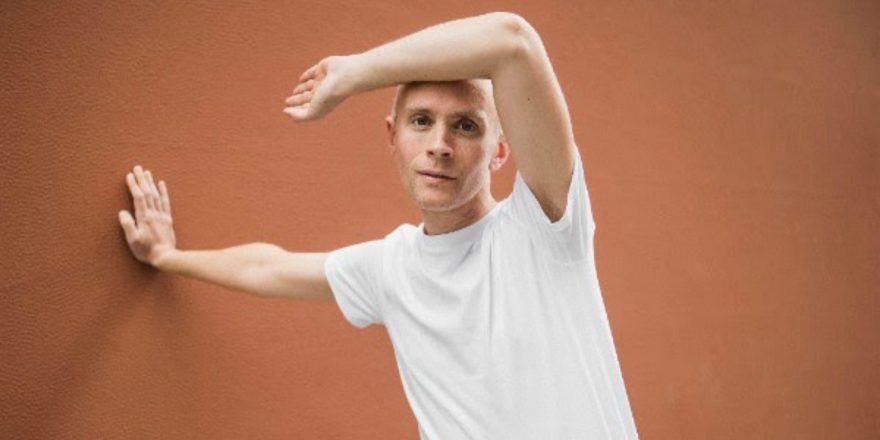 On Listening to Jens Lekman in January 2017 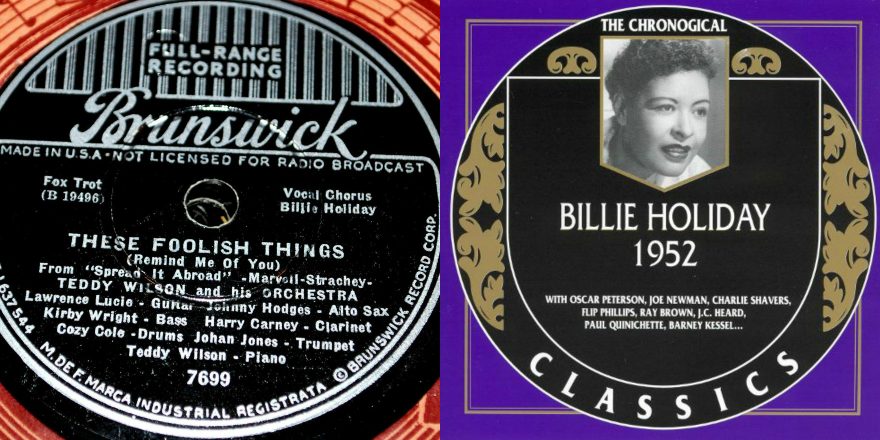