Drawing from her early experiences with classical music through her work as a ballet dancer, Dana Falconberry couples traditional notions with influences from Austin’s diverse independent music community to create intricate, modern folk songs with an experimental edge. Dana Falconberry & Medicine Bow‘s new record, From the Forest Came the Fire, is out now.

I’m fresh off the road from my National Park Tour, which took me through almost a dozen parks in more than two months. It’s been a wild adventure, for sure. There is so much beauty in this huge country of ours — and after traveling for months to find as much of it as I could, I feel like I have barely scratched the surface. I’ve posted lots of photos from my journeys to the Talkhouse Instagram, but the most magical moments of the tour were those that could not be captured by devices. Here is my humble attempt to convey a few of those:

Our first show of the tour was at Guadalupe Mountains National Park in an old settlement called the Frijole Ranch, which was fed by spring water. Our stage was set under huge shade trees overlooking giant mountains of ancient reef rock. The weather was perfect, and our sound glided with the breeze over the desert valley. It’s wild to hear your own sound travel like that, tumbling itself into the landscape instead of bouncing endlessly off the walls of some local bar. It was just as I had hoped it would be.

After the show, we packed up and headed back to our house for the night, a Frank Lloyd Wright-inspired structure called the Ship on the Desert. We explored the grounds for a bit with some new friends we had just made at the park. At sundown, we came upon two large circular stone tanks full of cool blue water, which we later learned were built to store the extra spring water that fed the house. The evening air was still hot, so as the nearly full moon rose over the mountains we swam and watched the bats circle overhead. The sky turned from pink to purple to blue to black; we swam until it was peppered with bright white and gold stars, then climbed out of the tanks and found our way back to the house by moonlight.

The house was built to resemble a ship, and therefore had two “decks” for roofs, so we scurried our way up to one of them. Perched on the bow of the house, we sat for hours telling stories and listening to the coyotes sing their high and crazy songs to the moon. Just before we retired — out of pure bodily exhaustion — the brightest orange-yellow-green-blue comet tore across the sky directly over the mountain in plain view. It lasted for many long seconds and we were silent.

We were lucky enough to be able to spend two nights nestled between the dunes of White Sands in a huge, beautiful bell tent gifted to us by the amazing Stout Tent. We played our show the first night in the “amphitheater” at the park, which is basically just a semi-flattened space between towering white dunes. The sun set as we sang our first song, and by the middle of the set, a deep orange full moon pulled itself over the distant mountains to the east. Again, our sounds crawled out over the dunes and rolled into their valleys. I can’t imagine a more perfect scene for a show.

We had the next day off, so we explored the Tularosa Basin, which houses White Sands and is bordered by two different mountain ranges. I’ve been visiting this basin at least once a year to write, and it’s one of my favorite places in the world. We drove up from the moon-like landscape of the white dunes and into the rocky and pine-shaded mountains of the Lincoln National Forest, stopping at a lookout point where I knew there was a hidden waterfall. We scrambled down the rocks and followed the mountain creek upward until we reached it.

We are now releasing 4 of these exclusive white sands inspired patches over at @ftlonesome ! $50 each ($55 with shipping), and thanks to @ftlonesome the proceeds will help support our tour! Comment ON THE FORT LONESOME INSTAGRAM POST (not here!) to receive an invoice. First 4 will get the patches! (Sorry if I’m slow getting invoices out, wifi is hard to come by in the sand dunes.) Thanks y’all!

The water dove from high and strange rocks above, their formations revealing that this must have been an underground cave at one point. Below was a deep green pool of cold mountain water with large red rocks disappearing toward its center. Also, an old Fritos bag floated by menacingly, which Gina (vocals, banjo, guitar) valiantly plucked to add to our backpack of gathered trail trash.

After climbing back up the trail and eating burritos the size of tree trunks at a local mountain pub, we made our way back to White Sands to watch the sunset. I’ve seen many sunsets on these dunes over the past few years and each one, while never the same as the one before, has been among the best shows I’ve ever seen. We climbed up a dune next to our tent and sat as still as the sand while the landscape around us turned in an instant from bright oranges and pinks to cool blues and purples. Turning our gaze to the eastward mountains, we watched the dark orange moon rise slowly again. A ranger had told us earlier that we were the only people in the entire park that night — alone under a billion stars. We took turns running out to distant moonlit dunes and calling back to each other, laughing at how far our calls carried themselves.

I stayed in Sequoia National Park for two weeks as its first ever musician-in-residence. During my stay, I played three shows, all of which were amazing. I played the last show in a more secluded portion of the park called Mineral King, which was a mining community for years and annexed as part of Sequoia in the late ’70s. My cabin was on the way to this gorgeous valley, and I spent almost all of my time there hiking up to its mysterious peaks. My show was held near the ranger station in a campfire circle. It was among my favorites of the tour for its beautiful location and sweet intimacy. I played to a crowd snugged around the fire as the sky drew dark.

At this point in the tour, the band had gone back home and my boyfriend Jonathan had joined me. After the show, a volunteer ranger named Liele offered to take us on a moonlit hike through the mountain woods to see “something special.” We eagerly agreed and followed her to a clearing in the woods. Liele merely smiled, lit by the moon, and walked from the clearing into the forest. We followed. She was wearing a hoodie and carried no light, so in the moon shade of pines as tall as skyscrapers, she became an obscured and vague, dark-hooded figure upon which I strained to keep my gaze. We followed the sound of her feet snapping small twigs and crisping pine needles as she led us farther into the dark woods, not guided by trail or light but by something else unknown to us. She seemed more spirit than human, and stopped at certain deliberate points to watch us, signaling that there was something in this very spot for us to discover. She waited for us to find each thing, which took quite a while, as it was often as obtuse as a feeling of safety offered by a specific positioning of rocks — or a sense of utter smallness under a particularly tall patch of trees.

Without words, and when she was satisfied that we had fully felt the place, she began walking again. After a while we came to a downward slope in the forest. She stopped and whispered to me, “I’ll let you go first, when you feel invited.”

I looked past her shadowed figure and saw a glowing patch farther down the slope. I walked slowly toward it and as I approached, the glowing surface revealed itself as a rock cliff reflecting moonlight. I lowered myself onto the cliff and found a large and deep perfectly circular hole carved into the dense rock. I immediately crawled to sit beside it, peering inside. It was about two feet deep; in its base were dried leaves.

I looked up from my perch and saw the bright silver moon directly in front of me, millions of sparkling stars and a blue mountain range stretching endlessly out to the horizon. Looking down, I noticed more of these holes carved into the rock, forming a semi-circle on the cliff. Liele whispered that these circles were carved by Native Americans more than three thousand years ago. We sat among them in silence for a long time before Liele led us back through the tall dark pines.

There are countless stories like these, untellable by photo or tweet. The magic beauty of these parks has entered my blood, and I’m very excited to see where it takes me next.

Thanks so much for following along!
df

Drawing from her early experiences with classical music through her work as a ballet dancer, Dana Falconberry couples traditional notions with influences from Austin’s diverse independent music community to create intricate, modern folk songs with an experimental edge. Dana Falconberry & Medicine Bow‘s new record, From the Forest Came the Fire, is out now. 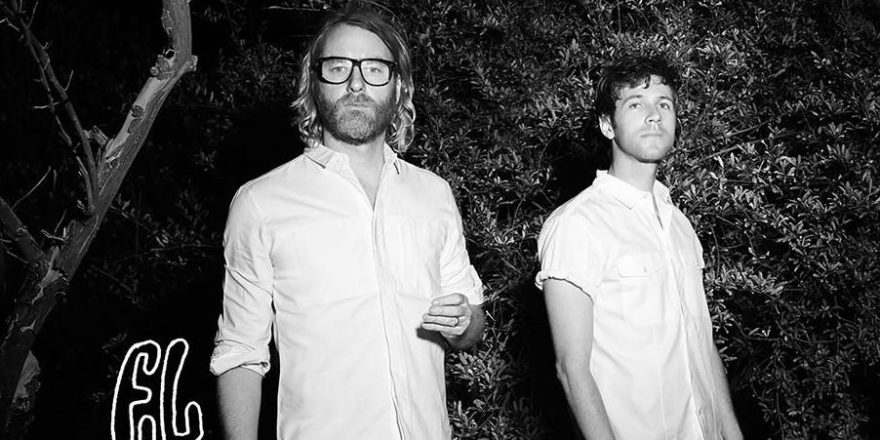