Jared Frieder‘s directorial debut, Three Months, starring Troye Sivan, Viveik Kalra and Brianne Tju, is streaming exclusively on Paramount Plus from February 23. He was born and raised in Hollywood, Florida and is a graduate of Columbia University with a major in creative writing. His screenplay of Three Months made the 2015 Annual Blacklist and was accepted into the Sundance Screenwriting Intensive. It also won the Austin Film Festival’s Comedy Screenplay Award, the Outfest Film Festival’s Screenwriting Lab Fellowship, the Screencraft Comedy Screenplay Grand Prize, and the Big Bear International Film Festival Screenwriting Prize. He lives in Los Angeles. (Photo by Lara Alameddine.)

Preface: Waiting is a bitch. That’s the main message of my movie Three Months, a comedy drama coming-of-age story about Caleb, a Miami teenager who is exposed to HIV on the eve of his high-school graduation and has to wait the three months it takes to get tested for the disease. It stars Troye Sivan, Viveik Kalra, Brianne Tju, Ellen Burstyn, Judy Greer, Louis Gossett Jr., Javier Muñoz and Amy Landecker.

In April 2020, I assembled the following essay from diary entries written between March 10, 2020 and April 2, 2020, when production on Three Months was shut down at the outbreak of the COVID-19 pandemic, after just two weeks of filming. I’ve provided the timeline of the project below for reference. N.B. While this essay mentions a boyfriend, I am at present single, and Three Months premieres on Paramount Plus on February 23.

There are a hundred places to begin this story.

My dysmorphia has been peaking. The stress and anxiety and emergency phone calls are driving me to an endless flow of frozen pizzas and Postmates. Sometimes it feels like being a director means not feeling good enough for 11 hours a day. That leaves one hour for magic, for the “holy shit, there’s Caleb and he’s spitting out my lines like he means it” kind of magic. And then one hour for stress diarrhea in my trailer. This is on a confident day.

On Tuesday, I came home from shooting Caleb’s condom monologue, sat on the couch with a turkey cheddar sandwich on an everything bagel, diet Peach Snapple, three Wellness pills, and weed that my friend Tony sent for L.A. in a small box hidden behind candy and a Deluxe Edition of Madonna’s Madame X. I turned on a Berger episode of Sex and the City (he’s awful, he’s cute – forgive me), and thought about the spellbinding and stressful day I had filming. I said to myself, “This is the best day of my life.” The next day, an actor told us they couldn’t come without a private plane, because a virus was coming. The day after that, they couldn’t come at all. No one could. Italy was shut down, the U.K. borders were closing, Tom Hanks was infected. The world had inverted and was completely unrecognizable. We shot out Judy Greer and our mini-mart set in the midst of a fever. The anxiety on our shoulders fueled our movie about anxiety. The scenes were fucking fire.

Directing – a process as sturdy as the chairs, which are made of tiny sticks and a piece of cloth.

Imagine making a movie suspended in mid-air. Hoping and praying for a drop. Something to stop the feeling of the unknown. Somewhere between there or here, sick or not, a movie or just a collection of dailies. In a film about waiting, based on my experience of waiting, at the end of a process that required a thousand deaths and rebirths and six years of waiting, my movie is literally waiting. Suspended mid-air. Two weeks of shooting until coronavirus panic turned the world upside down and shut our film down before we could finish. A movie about a virus stopped by a virus. It is for sure 1000 percent egocentric for me to use a global pandemic to try and find meaning in my own life, but whatever. We all need to think of our pain as part of a greater purpose, here’s me doing that with mine. Caleb was Job. Here was the ultimate test in a series of tests – for him, for me, and for the movie. Outlast a virus suspended in mid-air. For how long? Who knows. How? Figure it out. Oh. And don’t get too close to the clock this time.

This death – this shutdown, this pause, this whatever you want to call it – is different than the heartbreaks before. Am I sad? Definitely. Am I scared? I’m terrified. Have I gained 10 pounds? That’s none of your fucking business. We all have to make sacrifices for the things we love. But I’ve also decided to surrender to the universe this time. If everything happens for a reason, this reason is gonna be chic in head-to-toe Gucci. If not, then I hope we can fight to keep going and finish. Because this story is the miracle of my life.

And if none of that happens, then feeling self-pity or sadness or anger or despair won’t change that. It’ll just slowly kill me, stress the skin off my bones and make me susceptible to this diva virus, hogging center stage like the dramatic bitch she is.

They say the skies in China are clearing, people have stopped moving, the Earth is exhausted and ready to wake up again. Maybe this is something that can unite us, something that gives us the time to look inward and figure our shit out, to be still. There’s a renewed thirst for stories that remind us of where we’ve been and what we’ve been through. When Caleb asks his grandmother how much longer he has to wait for his life to start, she can’t give him an exact answer. Because the very nature of life is not knowing how long we have. So she tells him to fight every second for the life he deserves. Make the most of his waiting. Go after what he wants now. Who knows how long it’ll take to get to the later we’re all hoping for? How are we gonna fuck with this moment? How are we going to use it? How are we going to sit in it? I’m gonna sit in it, hopefully, with boxing gloves on and a j between my lips. I’m gonna save the seat next to me for Caleb. Because waiting with a kid like him isn’t so bad.

Then there are Dan and Lara, our producers, also known as our parents and/or emotional Xanax. Camp Three Months operated on a packed carnival ground, lined with emotional landmines – many of them my own – and the two of them managed to hold us together with vision and margaritas and intimate stories from Their Other Movies (™), movies that us kids idolized. The only times I felt true, unadulterated panic was when I saw anxiety flicker in their unusually calm eyes. When I’d walk into a room right after Something Had Happened and their faces twisted into smiles to protect me. Oh, how rare and strange it is to feel protected when jumping off a cliff into a pit of snakes!

Things you never imagined doing with a pop star: running lines; teaching him how to make a gravity bong out of prop Hawaiian Punch containers; going to the local Benihana; filming him riding a tandem bike with another boy while they talk and pine and make fun of their moms; hearing his unreleased album start to finish while he makes you Jon & Vinny’s pasta; choreographing a movie montage lip sync to a dirty gay disco track by the Scissors Sisters, where he sings into a pickle and wears a mop as a wig; solving a Keith Haring puzzle and watching Ghost World while he drinks the Corona Lights you bought before a virus took its name.

We went to a Whole Foods in midtown Atlanta our first Saturday in quarantine. We only had two kitchen gloves and one spray bottle of sanitizer to split between us. Long story short, we managed. While people buzzed around us, looking for toilet paper and Purell, he looked for tomato paste and I continued to buy frozen pizzas.

Viviek is back with his family in the UK, Troye is flying back to Australia as we speak. Dan, Lara, and I fly back to L.A. tomorrow with their daughter Izzy, Brianne, and her boyfriend. Brianne dropped off a mask for me and donated all 92 of my frozen pizzas to a food bank. I kept the champagne, tequila and wine here, for when we return. (Not if, never if. I don’t fuck with if, it’s always when. Just in case you thought I hadn’t learned anything yet.) I’m watching Survivor, just in case it comes to that. (JK, I’m watching because my boyfriend is, and my boyfriend is watching because he probably wants to fuck Ozzy or Jeff, or both.) I have made my last frozen pizza. It doesn’t have any cheese on it. We all have to make sacrifices.

Jared Frieder‘s directorial debut, Three Months, starring Troye Sivan, Viveik Kalra and Brianne Tju, is streaming exclusively on Paramount Plus from February 23. He was born and raised in Hollywood, Florida and is a graduate of Columbia University with a major in creative writing. His screenplay of Three Months made the 2015 Annual Blacklist and was accepted into the Sundance Screenwriting Intensive. It also won the Austin Film Festival’s Comedy Screenplay Award, the Outfest Film Festival’s Screenwriting Lab Fellowship, the Screencraft Comedy Screenplay Grand Prize, and the Big Bear International Film Festival Screenwriting Prize. He lives in Los Angeles. (Photo by Lara Alameddine.) 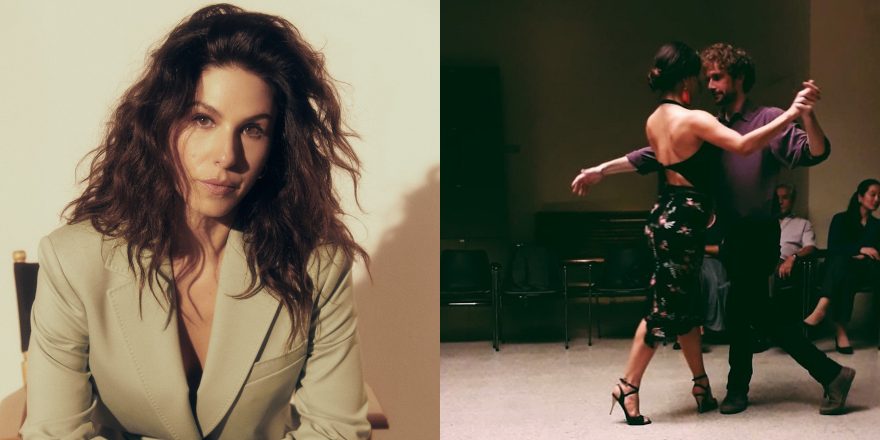 My Dream Role and Tango in the Time of Corona 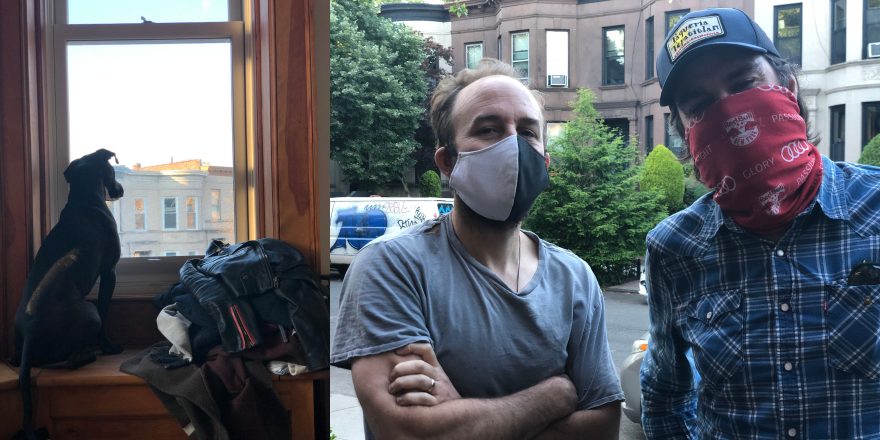 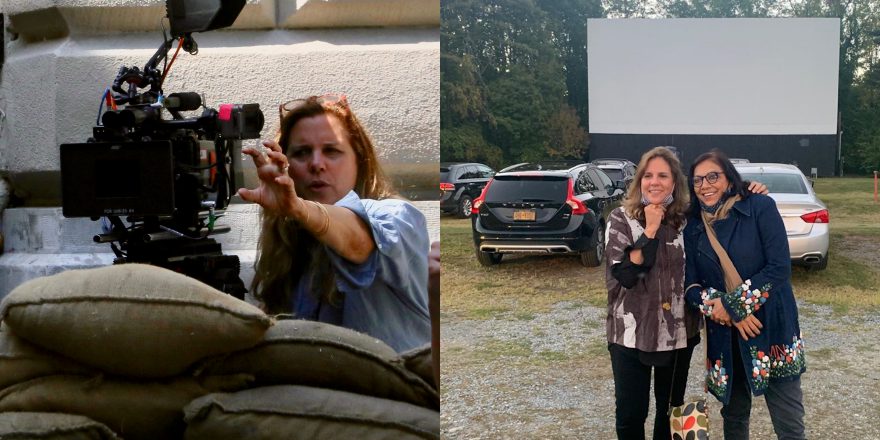 My Season of Change and Making Cinema During a Global Pandemic 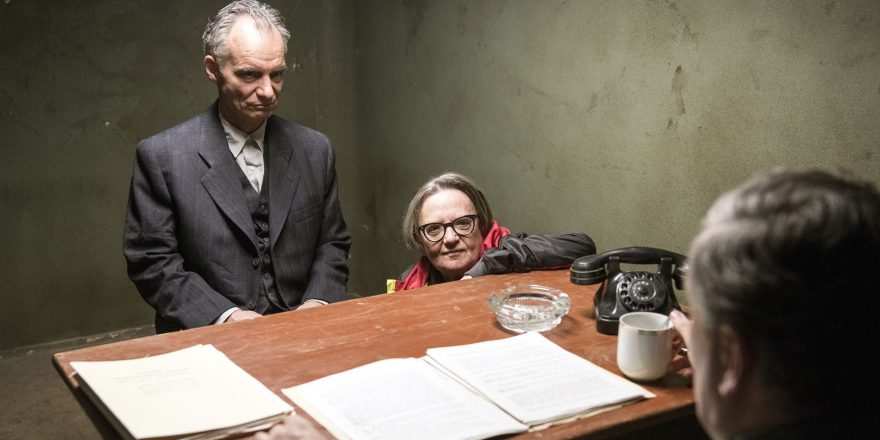 What I Learned From the Pandemic